Why Is the Myth of Goddesses So Popular Today? 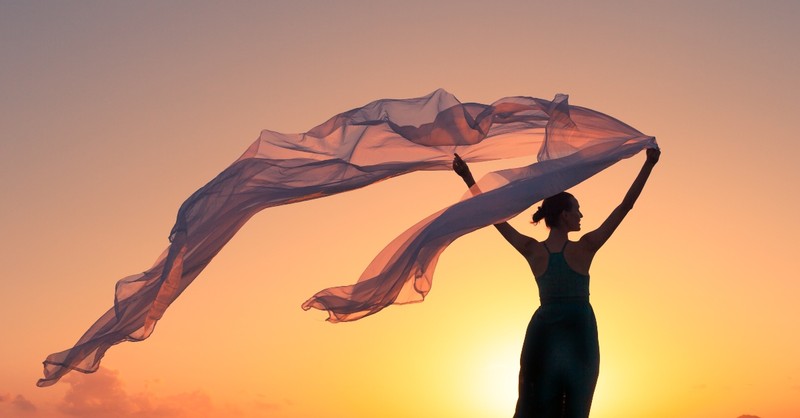 The myth of goddesses has been popular for quite some time. A myriad of books, television shows, and films have depicted goddesses in different ways.

The number one reason why the myth of goddesses is so popular is because they empower females. Most goddesses are seen as heroes to the main characters of the stories. Artemis is depicted as the Greek goddess of the hunt, wild animals, and chastity.

In Greek myths, Artemis is described as being strong, empowering, and brave. Many modern-day females see Artemis as an empowering figure because she shows that females are capable of great things. Athena is another Greek goddess who is praised among society.

She was seen as the goddess of wisdom, reason, and war. Kindred to Artemis, Athena is seen as strong, wise, and empowering. The Greek myths show these goddesses to be strong on their own and capable of handling their own fates.

Sadly, many mainstream storylines are focused on how a woman is not complete in herself unless she is married. Christian culture also pushes women to get married to be “complete.”

An individual who has been taught these lies throughout their life may find the myths of the goddesses inspiring and even empowering.

It should be noted that Greek myths of goddesses are not real as they are made-up stories. Artemis, Athena, and the other Greek gods and goddesses were not real, but rather, false gods. Nonetheless, the myth of goddesses can be understood to be popular because they empower women.

The Bible never tells us that we have to be married in order to be complete. In fact, the Bible tells us the exact opposite. Colossians 2:9-10 says, “For in Christ all the fullness of the Deity lives in bodily form, and in Christ you have been brought to fullness. He is the head over every power and authority.”

If we have accepted Jesus as our Savior and Lord, then we are already complete, whole, and fulfilled in Christ. Despite Christian culture and depictions in modern society, a person doesn’t have to be married in order to be complete.

In the same way, women need to be presented in a better light in books, television shows, and films because some productions, such as the original Disney Princesses depict the female leads as not being able to do anything for themselves and relying on a prince they just met to save them.

Thankfully, in newer adaptations of films, such as Moana, Mulan, and Frozen, the main plot of the story does not involve a knight in shining armor. Women are completely capable in and of themselves as God created us in His image (Genesis 1:27).

It is a sad day when individuals have to search out myths of Greek goddesses in order to feel empowered and adequate in themselves. Whenever you are doubting your worth, turn to Jesus. Our entire worth is found in Him and Him alone.

Jesus loves you exactly the way you are. Whether you are married or not, your marital status does not dictate your worth in God’s eyes. As a child of God, you are unconditionally loved and completely worthy just as you are. May this truth inspire you today.

2. They Remind Women to Be Brave

Myths of goddesses are also popular because the stories of Greek gods and Greek goddesses teach the morals of good and bad. Normally throughout these myths, a moral lesson is taught. The good guys normally win while the bad guys are defeated.

When a myth depicts Greek goddesses as overcoming an enemy, it can be very empowering for women. It is empowering because it depicts women as being strong and able to lead an army.

As previously mentioned, Artemis is the Greek goddess of the hunt, who is depicted as living her life in bravery and courage.

Through her bravery and strength, it empowers women to also be brave and strong. Even though the Greek myths are only fictional stories, it is important for women to be brave, courageous, and strong. In typical stories, women are often presented as weak and feeble.

Most of us have seen a movie or two where a woman is running away, falls, and the male lead has to hurry back to pick her up and carry her away from the villain. It is extremely sad that many people have downplayed the strength and bravery of women.

God wants us to be strong, courageous, and brave (Joshua 1:9). We can be brave because we know God is always with us and He will strengthen us (Isaiah 41:10; Philippians 4:13).

A final reason why the myth of goddesses is so popular is because as a majority, they are anti-patriarchal. Once again using the example of the Greek goddess Artemis, she was highly opposed to males and against marriage.

She saw that once a woman was married, she lost all of her freedom. This is the same belief that was carried much throughout the world and depicted in other works of literature. By the time of the late 1800s, such as during the timeframe of Little Women, marriage was seen as an economic proposition.

Even in the modern-day 21st century, marriage can still be seen as an economic proposition. The Greek goddess Artemis was opposed to patriarchy, marriage, and men in general.

By Artemis’ act of going against males, she demonstrated that women could think independently and deserve to have their own freedom.

Women can think for themselves and live independently without men. Throughout time, Christian culture has taught women so many erroneous things about themselves that need to be corrected.

A woman is an independent individual, thinker, and has her own hopes and dreams. Women do not need men to tell them where their place is because women are equal to men. Patriarchal themes have become the norm throughout history, yet God sees women and men as equal.

Galatians 3:28 tells us, “There is neither Jew nor Gentile, neither slave nor free, nor is there male and female, for you are all one in Christ Jesus.”

The Bible presents women in a good light and demonstrates that women are independent, complete, and whole by themselves. The only person anybody needs is Jesus Christ.

Therefore, myths of goddesses are so popular today because they empower women, remind women to be brave, and they go against the patriarchy. Women have been seen as second-class citizens for an extremely long time, but this should not be.

Women are independent, strong, and fearless in and of themselves. Anybody is whole and complete because of Christ (Colossians 2:9-10). Marital status or lack of marital status does not define your worth as a child of God.

In our modern-day society, we need to do more to empower women of all ages to know their worth in Christ. Society tries to dampen a woman’s outlook on life, yet by turning to God’s Word, everyone can be reminded of their great worth in Christ and their ability to do all things through Christ (Philippians 4:13).

As Christians, we need to understand the reasons why the myths of goddesses are so popular in order to help women of all ages to know their worth in Christ, to share with them God’s great love, and help them know the great things they can do in their life because of Jesus.

Why Did Paul Compare Christianity to Greek Mythology?

What Does the Bible Say about the Value of Women?

Is the Goddess Eostre Connected to Easter?

Vivian Bricker loves Jesus, studying the Word of God, and helping others in their walk with Christ. She has earned a Bachelor of Arts and Master’s degree in Christian Ministry with a deep academic emphasis in theology. Her favorite things to do are spending time with her family and friends, reading, and spending time outside. When she is not writing, she is embarking on other adventures.