Why Is it Called Holy Matrimony? 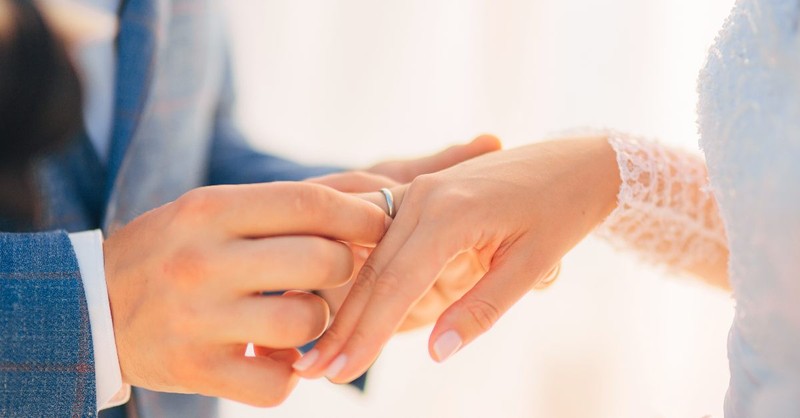 Marital unions are regarded as one of the most important milestones in life by many people. Many people spend their entire lives dreaming of being able to say, “I do.” The idea of marriage has become somewhat of a fantasy.

Many couples let the vision of their wedding and all the glitz and glam overshadow the seriousness of “’til death do us part.” Yet if we study the Bible, we see that marriage is a serious business. You and your partner are making a holy covenant in God’s eyes.

The act of getting married is called holy matrimony. From the outside, there seems to be very little distinction between holy matrimony and marriage.

An examination of the phrase holy matrimony, however, reminds us of how important it is for two to become one under God’s eyes. Marriage goes back to Eden when a man and woman were joined together.

The word holy means “exalted or deserving of complete devotion.” God is described as holy. Sacredness of identity, perfection, and divinity are the characteristics of this word. Being holy is to be regarded as a special entity and held in high regard.

What Is the Origin of Holy Matrimony?

Matrimony has an intriguing origin. Matrimonium is Latin for marriage. Moreover, it may be noted that the Latin root matr- indicates the term “mother” and -mony denotes the act of becoming a mother.

As such, the literal definition of matrimony would be the act of becoming a mother. Another definition can be found in the term matrimoignie, which means to join together or to be bound together.

Another way of putting it is that holy matrimony is more than just the act of joining together. As an act of togetherness, holy matrimony is recognized as a holy rite by God, which was created to bind men and women for life.

As an example, in the Roman Catholic church, wedding ceremonies are revered as sacraments. In the Catholic world, being able to marry signifies being at least 18 years old, being dedicated to one’s faith, and being open to children.

This is an irrevocable act. The commitment of Catholics to making sure that couples understand the importance of marriage is something that we can all learn from, even if some don’t practice Catholic traditions.

There are a lot of Christian wedding ceremonies that use the term “Holy Matrimony.” That’s because the officiant will use it to remind people that marriage is sacred. Marriage isn’t about being happy. A holy marriage is more of a partnership and self-sacrificing.

Getting married should reflect God’s unconditional love for His people, as we go from dating to married. Therefore, the phrase “until death do us part” is a sacred promise to reflect God’s mercy and care for the other person.

God constantly talks about the marital relationship when referring to His relationship with His people. The Lord expressed how willing He was to give himself for His bride, the Church, over and over.

He asks the same of us when we get married. By doing so, marriage becomes more than just a union between two people; it becomes an act of worship.

What Is God’s Design for Marriage?

Even today, many people still just view marriage as a legal contract. Marriage has been reduced to just a sheet of paper, which has hurt our understanding of the Lord’s view of marriage.

The relationship may look like marriage in every way, but it won’t be legal. It’s common to see people get married but never treat it as a bond worth holding dear.

Since marriage has become so important in modern society, it has become about finding someone who’s going to help you make your life better. Thousands of apps exist to help you connect with the person who’s perfect for your lifestyle. However, the most important part of a holy marriage is serving each other and the Lord.

When it comes to the economic outcomes of marriage, we can clearly see the difference between holy matrimony and marriage. Having a spouse gives you discounts on insurance, tax breaks, better mortgage rates, and more.

In some cultures, marriage is still used as a means of advancing in wealth and status and maintaining a cultural identity. It’s a no-brainer that marriage is economically beneficial.

Getting married has an element of fiscal responsibility before getting hitched, but holy matrimony isn’t selfish by nature and seeks to gain.

It’s about making a home that honors God. The Lord will provide what money and love the couple needs to sustain them for years to come when they’re both committed to it.

From a biblical perspective, we arrive at a different conclusion than the modern worldview on marriage. The biblical definition of marriage includes the following aspects, even though there are several conflicting ideas about marriage and what constitutes a union blessed by God.

Marriage requires a lot of unity. Adultery is when you have relationships outside of your marriage. In God’s eyes, unfaithfulness is so bad it can be a reason for biblical divorce.

But I tell you that anyone who divorces his wife, except for sexual immorality, makes her the victim of adultery, and anyone who marries a divorced woman commits adultery (Matthew 5:32).

What Does Holy Matrimony Mean?

Marriage is the place for intimacy. A husband and a wife have a sexual relationship that is meant to facilitate procreation and pleasure. Because their relationship has become one, the Lord says intimacy like this should not be hidden but freely given.

Paul outlines the importance of sexual intimacy between a husband and wife and that they each belong to one another, one does not rule over the other:

The husband should fulfill his marital duty to his wife, and likewise the wife to her husband. The wife does not have authority over her own body but yields it to her husband. In the same way, the husband does not have authority over his own body but yields it to his wife. Do not deprive each other except perhaps by mutual consent and for a time, so that you may devote yourselves to prayer. Then come together again so that Satan will not tempt you because of your lack of self-control. I say this as a concession, not as a command (1 Corinthians 7:3-6).

The couple’s time together strengthens their bond and protects them from being tempted by the enemy.

The Lord should be the priority in all Christian marriages. Marriage becomes holy matrimony when people focus on honoring God and serving the other person at the same time. A holy marriage can last a lifetime if God’s grace and intentional action are taken by each individual.

What Is God’s Created Design for Marriage?

What Is the Biblical Definition of Marriage?

Why Is a Covenant of Marriage Such a Radical Idea?

Love from the Garden to the Silver Screen

Why Does Marriage Exist if it Doesn’t in Heaven?

Glory Dy has been a content creator for more than 10 years. She lives in a quiet suburb with her family and four cats.

NBC Kicks Off Its Fall Premiere Dates With Sunday Football

Create Your Free Account Registration includes: The Adweek Daily newsletter with must-read stories direct to your inbox. PLUS, limited access to Adweek.com articles, videos and

Kikoff Could Add 50+ Points to Your Credit Score This Year

What is your credit score telling people about you? If your score is too low, it might as well be saying, “Charge this person more