Why Food Security is a Resource Supply Chain Opportunity 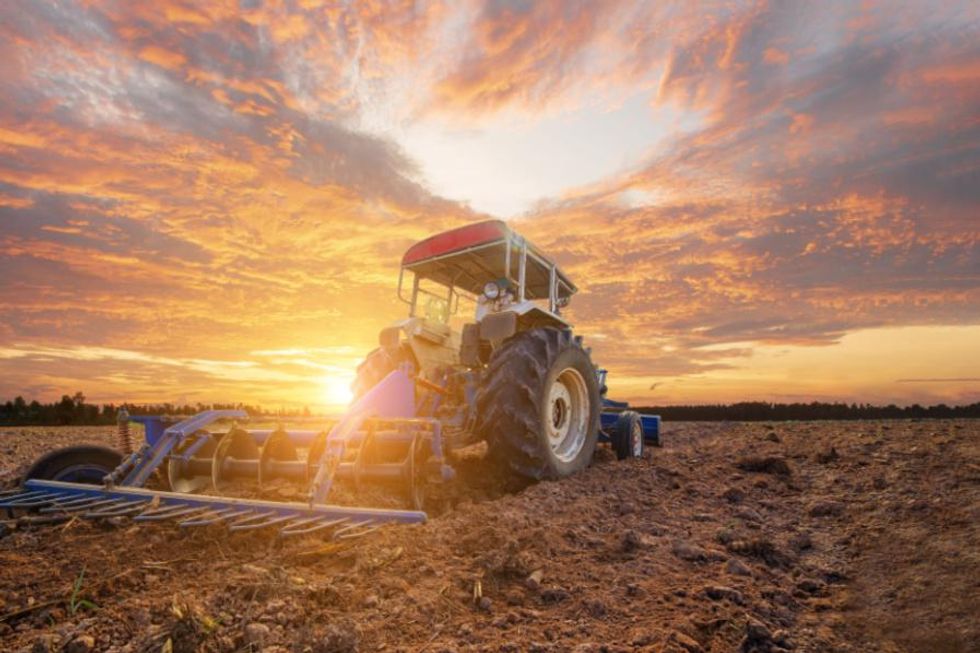 There was a time when the food supply chain was at once simple, localized and cyclical. But those days are far behind us. As the world’s population has continued to increase, demand for food has far outstripped the production capacity of simple agriculture.

Today, the food supply chain is incredibly complex, with multiple supply chain layers, billions of actors and trillions of transactions. Unfortunately, owing at least partially to this complexity, it is also increasingly unstable and increasingly prone to either disruption or interruption. Food insecurity is a growing problem in both the developed and underdeveloped worlds, and it has grown exponentially worse due to recent events.

Even major economies such as the US are affected. Potassium — one of three critical materials in agriculture — is in short supply, as the country only produces roughly 5 percent of what it needs domestically.

As global supply chains continue to grow more unstable, it’s imperative that the US establish its own domestic supply of critical agricultural materials.

Food insecurity is a growing problem

Nearly every country in the world experienced rising food prices this year.

The cause is multifold. Several disruptive events during the course of the pandemic, from COVID-19 itself to incidents such as a container ship blocking the Suez Canal for six days and the Australian wildfires already laid the foundation for widespread supply chain instability. Now, amidst labor shortages, soaring fertilizer costs and currency devaluations, the war in Ukraine has created what the United Nations Office for the Coordination of Humanitarian Affairs terms a perfect storm for food insecurity.

“This situation would be difficult under any circumstances, but rising food prices are coming after a series of challenges that have already increased costs, reduced income, and exacerbated instability,” an OCHA press release reads. “It is expected that 1.7 billion people — 553 million of which are already poor, and 215 million are already undernourished — are severely exposed to at least one of the Ukraine crisis’s three global channels of transmission: rising food prices, rising energy prices, and tightening financial conditions.”

The World Bank adds to this, predicting that in the coming months, access to fertilizers will represent a significant challenge for agricultural producers, noting that Russia and Belarus are major exporters that together account for 38 percent of potassic fertilizers worldwide.

It’s important to note that world hunger and food insecurity are not new problems, however. In 2017, for instance, over 821 million people faced chronic food deprivation. The causes, according to nonprofit World Vision, include poverty, climate change, economic slowdown and geopolitical instability.

Conflict remains the primary culprit, accounting for 60 percent of all issues with the global food supply chain and an estimated 80 percent of UN humanitarian funding needs.

The solution to this insecurity, both domestically and internationally, is not an easy one. But it starts with a focus on agriculture. Farms and the entities that supply them with materials such as fertilizer are the bedrock of food supply.

When the bedrock crumbles, everything else goes down with it.

Coping with the materials challenges of agriculture

And it’s agricultural advancements that are simultaneously the cause and the solution to our current supply chain challenges.

As mentioned, the modern food supply chain is incredibly complex. Rather than individual farms and farmers providing for their communities, its focus is on high productivity, high inputs, high volume, centralization and value. Farms, leveraging feed and fertilizer provided to them by input suppliers, send crops and livestock to be processed.

Once processed, the food is then sent to distributors, which transmit them to retailers that finally sell the finished product to consumers. There are many potential points of failure in this supply chain. But none are quite so pronounced as issues with distribution — particularly concerning fertilizer supply.

Large-scale farming is highly reliant on synthetic fertilizers consisting primarily of nitrogen, potassium and phosphorus, the three elements most essential to plant growth.

Farms and farmers have an ongoing need to replenish all three of these materials. Unfortunately, the world is currently facing a global shortage of both nitrogen and phosphorus, made worse by a concurrent potash deficit. Currently, Canada is the world’s largest producer of potash, followed by Russia, Belarus and China.

Given that many investors are currently eyeing Canada to potentially fill the global gap in potash production, the US needs to scale up domestic production. It cannot afford to rely solely on its trading partners. Contending with global shortages and addressing the food crisis requires that every world leader do its part.

Domestic production must be scaled up.

A domestic supply chain is the key to sustainability

The good news is that although there are few public US companies that work primarily in potash, there are still several that show considerable promise. Many of these organizations operate in the Paradox Basin in Utah, which contains roughly 25 percent of potash deposits in the US.

These deposits are extremely underdeveloped. Currently, there is only one mine in the area, Cane Creek, owned and operated by Intrepid Potash (NYSE:IPI), the country’s largest producer of potash. Intrepid Potash also owns a mine near Carlsbad, New Mexico, and Wendover, Utah.

Paradox Basin is hardly unique in terms of underdevelopment, mind you. The US Geological Survey estimates that there are 7 billion metric tons of potentially accessible potash in the US.

Sage Potash is among the companies looking to develop those deposits. The company has adopted a more modern approach to potash production. Known as solution mining, it involves drilling down to a potash deposit then injecting a heated brine solution.

Once the solution dissolves the potash, it is then pumped to a solar evaporation pond on the surface, where the mineral re-crystallizes as the water dissipates. This technique is more cost effective, efficient and environmentally friendly than traditional potash production, which typically involves underground mines or strip mining.

Another company involved in potash production in the US is Nutrien (TSX:NTR,NYSE:NTR).

Food insecurity is a pressing global issue and it’s only going to get worse. The first step in addressing the problem is to ensure farms and farmers have the materials they need to scale up production. Potash-producing companies will play a pivotal role in this, and the potash market could well represent a compelling investment opportunity as a result.

The information contained here is for information purposes only and is not to be construed as an offer or solicitation for the sale or purchase of securities. Readers should conduct their own research for all information publicly available concerning the company. Prior to making any investment decision, it is recommended that readers consult directly with Sage Potash and seek advice from a qualified investment advisor.