Why Do Some People Say ‘The Devil Made Me Do It’? 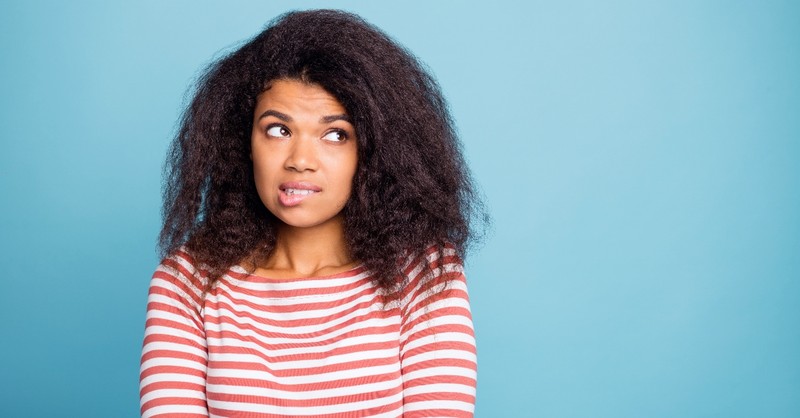 In the 1970s, comedian Flip Wilson popularized the phrase “the devil made me do it.” While Wilson used the phrase as a joke, there are people who do not want to take responsibility for their actions. Many people today continue to pass the blame to Satan when they sin.

Long before Wilson coined the catchphrase, the first humans passed the blame for their sin. Eve told God, “The serpent deceived me, and I ate” (Genesis 3:13). Basically, she was saying the same thing — “the devil made me do it.”

Sinful human nature pridefully tries to reason away sin or to pass the blame to someone else. Instead of confessing and repenting of sins, humans want to uphold their vanity by casting the guilt on others as if they were innocent of wrongdoing.

Someone who is commonly blamed is Satan, who humans want to point fingers at when they sin. However, blaming the devil, or anyone else, for our sins is not a good excuse because we are responsible for our choices and behavior, and we all choose to sin.

The First Humans and the Serpent

Blaming Satan for wrongdoing is the oldest excuse for sinning. When God created Adam and Eve, He placed them in a good world where death and sin were not existent (Genesis 1:31). However, He commanded them not to eat from the Tree of Knowledge (Genesis 2:17).

If they did eat from that tree, they would die. Giving this command was a test of faith and obedience. Would they choose to follow God or go their own way?

Instead of listening to God, Adam and Eve ate from the Tree of Knowledge. The serpent (Satan) told Eve that the fruit was pleasing and would make her “like God” (Genesis  3:5-6). Satan tempted Eve with pridefulness: wanting to be God.

Ironically, this is the same sin that Satan committed earlier (Isaiah 14:13-14). It is important to notice that the serpent did not force Adam or Eve to eat the fruit.

He tempted Eve, but she chose to eat the fruit and gave some to Adam, who was standing nearby (Genesis 3:6). Both Adam and Eve had free will and chose to sin against the Lord.

After they sinned, the human couple hid from God’s presence, ashamed of their nakedness and guilt (Genesis 3:7-8). When the Lord asked Adam about eating the fruit, he blamed his wife (Genesis 3:11-12).

Similarly, Eve blamed Satan (Genesis 3:13). Both failed to recognize that they chose to sin and disobey the Lord’s command. God, however, saw right through the passing of guilt.

He pronounced the ramifications of their sin and gave Satan the forewarning of his ultimate defeat (Genesis 3:14-19). Even if humans think they are clever in passing blame, they can never deceive the Lord.

So why do people blame Satan for their sins?

One of the main reasons people try to blame Satan is pride. Psalm 36:2 says, “In their own eyes they flatter themselves too much to detect or hate their sin.” Passing the guilt to someone else is an attempt to maintain appearances.

Humans do not want to take responsibility for their actions. It is easier to say “the devil made me do it” than to confess our sins to God and seek forgiveness from Him and others.

The only way we can receive forgiveness and experience transformation in our life so we can do good is because of Jesus’ death and resurrection. Nothing we do can save us or make us right in the eyes of the Lord (Ephesians 2:8-9).

Instead, we should confess our sin and seek the Lord’s forgiveness (1 John 1:9). If a person does not know Jesus, then they need to consider the good news of the gospel in light of their sinfulness.

Just like Adam and Eve, people today attempt to pass the guilt to the devil instead of owning up to their decision to sin against the Lord. Not wanting to admit their guilt, people reason it away and justify their behavior to themselves.

Sometimes people can fool themselves and others, just as the Pharisees tried to do. From outward appearances, the Pharisees seemed righteous, but inside, their hearts were sinful and dirty (Matthew 23:27).

Even today, people can still fall into the same trap the Pharisees did by appearing alive on the outside but dead on the inside.

Humans have free will, so we are responsible for our actions and behavior. While our sin does affect the people around us, all sin is ultimately against God (Psalm 51:4). We offend His holiness when we choose to do wrong.

God already knows that mankind is sinful. He knows our hearts, and that evil comes from within us (Mark 7:21; John 2:25). No one can fool Him because He knows what we do.

Other people may be deceived by our self-righteousness. We may even convince ourselves that there is nothing wrong with sin. However, we can never truly hide from the Lord God and His righteous judgment (Psalm 139:7-12).

Another reason people say, “the devil made me do it,” is because they place too much emphasis on Satan. An unhealthy interest in demons or the occult could make people more disposed to believe that Satan controls situations.

When a person’s focus is on Satan and his attack, they might give him too much credit when it comes to sin.

The Bible teaches that the devil tempts people, but he does not have the power to force anyone to sin against the Lord. In tempting believers, Satan “prowls around like a roaring lion looking for someone to devour” (1 Peter 5:8).

His goal is to make Christians unfruitful for Jesus and to tarnish their testimony. However, he cannot make believers sin.

As James 1:14 teaches, “Each person is tempted when they are dragged away by their own evil desire and enticed.” Satan might urge us along, but we are the ones responsible for sinning.

The devil has created a worldly system that seeks to keep people in bondage to sin. Yet again, though, he does not control people to make them sin. Instead, he actively blinds unbelievers to the truth of the gospel (2 Corinthians 4:4).

He also has created a worldly system that “works to make people give top priority to self as number one and to the here and now as most important” (Charles Ryrie, Basic Theology).

Such an atmosphere promotes sin but is not the cause of it. Instead, sin comes from within us (Mark 7:21; Romans 7:18).

Blaming the devil for the wrong things we do is not biblical. Claiming that Satan made us do wrong is a bad excuse because God already knows that we are sinful.

He sees all that we do and knows our hearts. Although we can try to set up a façade of holiness to deceive others into thinking, we are righteous, and we cannot deceive the Lord.

People use this excuse because of their pridefulness, they are trying to deceive themselves, God, and others, or they give the devil too much credit and power.

No matter which reason a person has for blaming their sin on Satan, they cannot escape the fact that they are responsible for their actions. All people freely choose to sin against the Lord. No one is righteous.

Instead of playing the blame game, we need to recognize our sinfulness, trust in the Lord Jesus to save us and live humbly in obedience to the Holy Spirit. In this way, we can discern our sinfulness and ask God for forgiveness when we offend His holiness and glory by doing wrong.

How Do We Know That the Devil Is a Liar?

How Can I ‘Resist the Devil’ and Cause Him to Flee?

What Power Does Satan Have?