What Does Passover Celebrate? 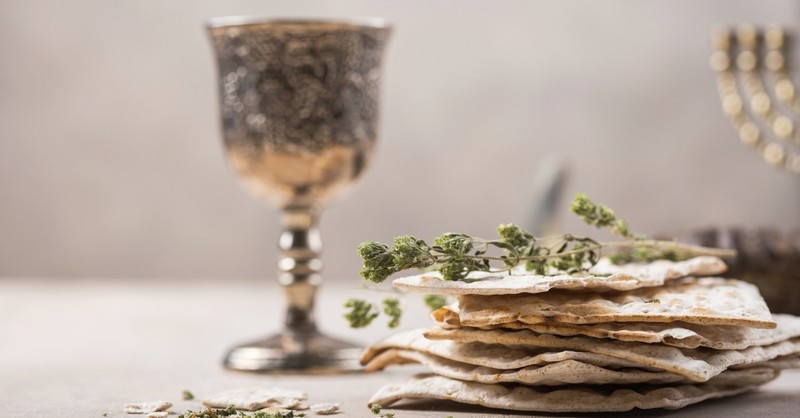 Passover is a Jewish holiday celebration that began during biblical times and continues to be celebrated in the modern-day among Jews and Messianic Jews. It is not uncommon for a person to hear about Passover at some point during their life; however, many people rush over the topic and fail to explain what Passover is and what Passover celebrates.

What Is the Significance of Passover?

Passover marks the account of Israel’s freedom from slavery in Egypt. The Israelites were held in slavery by the Egyptians for anywhere from 400-430 years.

This would have been an extremely long time for the Israelites to be in slavery to Egypt as many generations would have experienced the intense and brutal environment of being slaves to Egypt.

The Passover is widely celebrated among Jews because it marked the release of Israel from the clutches of Egypt. Moses had been trying to ask Pharoah to let his people go, yet Pharaoh consistently told Moses “No” (Exodus 8).

Despite God sending 10 plagues upon Egypt, Pharaoh hardened his heart and refused to let the Israelites go. The 10 plagues God sent upon Egypt were:

Before and after each of these plagues, Moses asked Pharaoh to let Israel go, yet he continued to say no until the final plague, which was the plague of the firstborn. In each of these 10 plagues, the Israelites were never harmed.

God divinely protected them from the plagues because the plagues were for Egypt, not Israel. The last plague is the plague that finally caused Pharoah to let Israel go.

The Bible tells us, “During the night Pharaoh summoned Moses and Aaron and said, ‘Up! Leave my people, you and the Israelites! Go, worship the Lord as you have requested. Take your flocks and herds, as you have said, and go. And also bless me’” (Exodus 12:31-32).

Pharaoh had enough of the Israelites and their God, thus, He wanted them to leave. The main aspect that caused Pharaoh to change his mind was the fact of his firstborn dying. Not long after Pharaoh had let Moses and the Israelites go, Pharaoh and his army started pursuing the Israelites (Exodus 14:5-9).

What Pharaoh and his army didn’t understand was that the Israelites did have the true God of the world on their side, protecting them. No plans of man can prevail against God (Proverbs 21:30).

The Lord protected the Israelites and provided a way for them to escape the clutches of Pharaoh and his army. God provided a way out through the parting of the Red Sea (Exodus 14:21-31).

Passover is a celebration in remembrance of Israel’s exodus out of Egypt, which was only possible because of God. Thus, the yearly celebration of Passover celebrates God’s providence of bringing Israel out of slavery.

Being freed from slavery in Egypt brought great joy to the Israelites. God was the One who brought them out and gave them freedom from their opposers. The day of Passover occurred during the last plague — the death of the firstborn son.

This is why the holiday is now called “Passover” because God passed over their homes. Out of their praise and thanks to God for protecting them as well as the freedom that He gave them through their exodus, the Israelites celebrated Passover in remembrance of God’s faithfulness.

The Apostle Paul tells us, “Get rid of the old yeast, so that you may be a new unleavened batch — as you really are. For Christ, our Passover lamb has been sacrificed.” The fulfillment of Passover is found in Christ.

Just as the blood of the lamb painted across the Israelites’ door spared their firstborn from death, the blood of Christ covers our sin and saves us from eternal condemnation. Out of pure joy, devotion, and thankfulness, we should worship Jesus always and forever.

The death Jesus experienced on the cross was the most painful death anyone has ever had to go through.

Not only did Jesus experience physical death, but he also experienced the pain of being separated from the Father as he shouted, “‘Eli, Eli, lema sabachthani?’ (which means ‘My God, my God, why have you forsaken me?’” (Matthew 27:46).

Therefore, as Christians today, we still acknowledge the importance of Passover, yet Jesus fulfilled the Passover through His death.

There is no longer any need for us to offer sacrifices to cover our sins as the Israelites had to do in the Old Testament because our Passover Lamb has already been sacrificed for our sins.

Through the sacrifice of Jesus on the cross, all of our sins are forgiven, and we are granted salvation. This does not happen automatically or “by default.”

Rather, a person has to place faith in Jesus by believing that He died for their sins, was buried, and rose again (1 Corinthians 15:1-4). Once a person does this, they are eternally forgiven of their sins and are given eternal life in Christ.

What Does This Mean?

Passover comes from the Old Testament, in which God led His people out of slavery in Egypt. The Israelites had been in slavery to Pharoah for 400-430 years and the Passover marked the beginning of the Israelites’ freedom.

This freedom was only given to them because of God and His love. In the same way, Jesus’ death on the cross gives us the freedom to live the life God has planned for us. Freedom is only found in Christ and His ever-present love.

Passover celebrates Israel’s exodus out of Egypt, freedom from slavery, and the providence of God. Passover is still celebrated among Jewish circles in celebration of God bringing their people out of slavery.

As Christians, we don’t celebrate this holiday; however, we do celebrate Jesus every day because He is our Passover Lamb, who redeems us, gives us forgiveness, and blesses us with eternal life.

Why Is Leavened Bread Forbidden During Passover?

Why Don’t Christians Celebrate Passover if Jesus Did?

Vivian Bricker loves Jesus, studying the Word of God, and helping others in their walk with Christ. She has earned a Bachelor of Arts and Master’s degree in Christian Ministry with a deep academic emphasis in theology. Her favorite things to do are spending time with her family and friends, reading, and spending time outside. When she is not writing, she is embarking on other adventures.

PrevPreviousAre They Good Or Bad For SEO?
NextHow To Find A Remote Job In 2022 (Best Sites, Tips, & More)Next