Ukrainian Seminary Dean Killed by Russian Soldiers: He Was a ‘Christian Leader’ and ‘Dear Brother’ 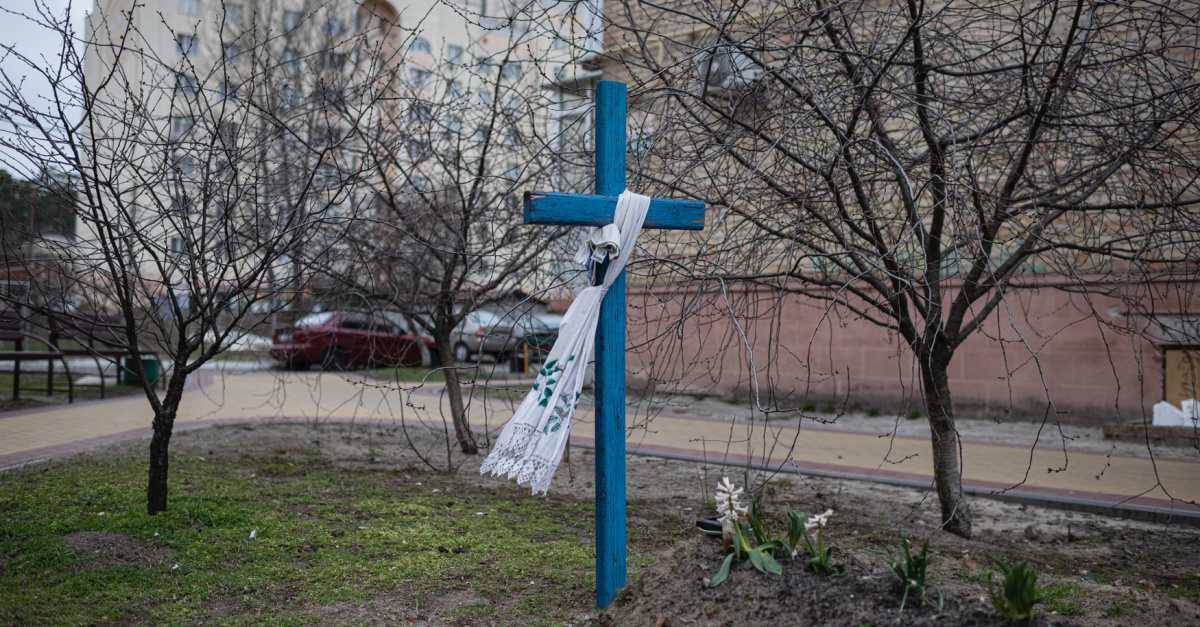 The dean of a Ukrainian seminary is among those who were killed by Russian soldiers in the suburb of Bucha in what Ukrainian President Volodymyr Zelenskyy is calling a genocide.

Vitaliy Vinogradov, the dean of Kyiv Slavic Evangelical Seminary, was found dead on the streets of Bucha, a suburb of the capital city of Kyiv, according to multiple reports and the seminary’s own Facebook page. BaptistNews.com quoted social media reports as saying he was shot dead by Russian troops.

Thus far, some 200 bodies of citizens – some buried in a mass grave – have been uncovered in Bucha. Zelenskyy and other world leaders say Russian President Vladimir Putin and those under him are guilty of war crimes.

The bodies were found when Ukraine drove Russian soldiers out of Bucha after five weeks of Russian occupation.

One woman told NBC News’ Richard Engel that Russian soldiers were going house to house in Bucha, breaking down doors with sledgehammers and looking for men.

“If you talked back, they shot you,” she said.

She buried four people outside her apartment in a grave, placing a green cross to mark the spot. Two of them were her neighbors. She did not know the other two. All four were machine-gunned by Russian troops, she said.

One of the woman’s neighbors – a man – survived only by jumping out of a third-story apartment window and running away, she shared.

“Please, don’t let this happen again,” she pleaded to the world.

Another woman told Engel she saw Russian soldiers shoot and kill her husband in the head.

Zelenskyy, speaking to the United Nations Monday, said those responsible should be held accountable for war crimes, similar to what happened after World War II.

“The Russian military searched for and purposefully killed anyone who served our country,” he said. “They killed entire families, adults and children, and they tried to burn the bodies.”

Ukrainian Officials Say Kyiv Has Been Taken Back from Russia

How Christian Aid Groups Are Helping in Ukraine