Trump ‘Made the Middle East a Safer Place’ by Nixing the Old Playbook on Israel: Former Ambassador 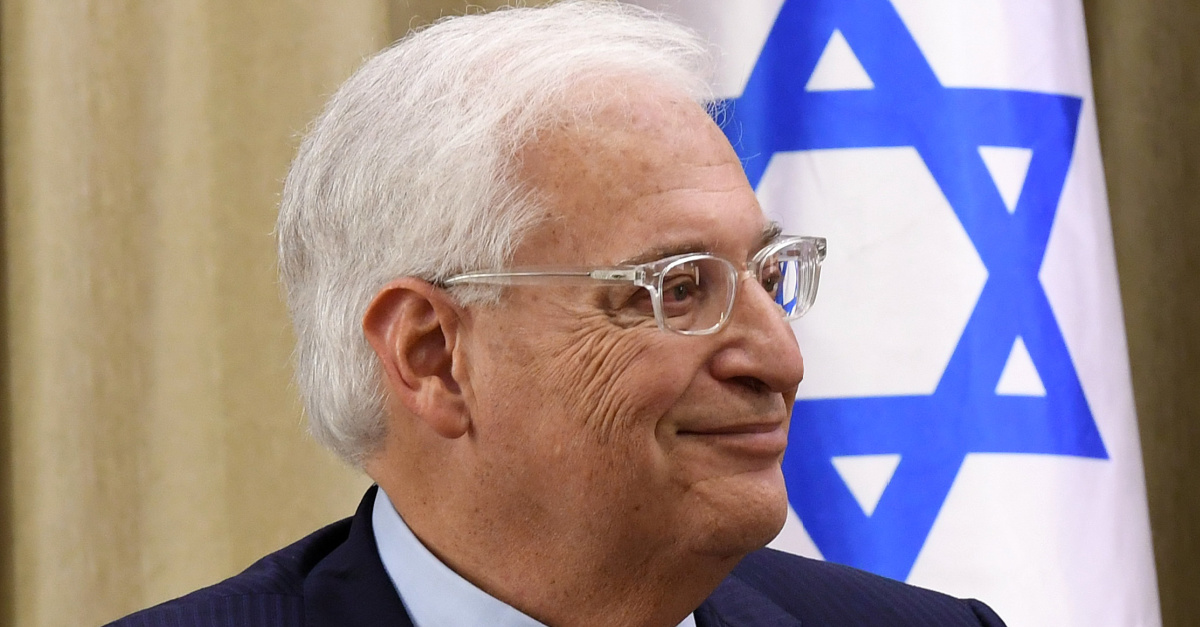 The Trump administration brokered peace deals between Israel and five Muslim countries by tossing out a “failed playbook” that had been used previously and by forging ahead as public partners with Israel and with moderate elements of Islam, says the man who served as the U.S. ambassador to Israel from 2017 to 2021.

David M. Friedman, ambassador to Israel under former President Donald Trump, writes in his new book Sledgehammer that past administrations failed to act in the best interests of the United States and Israel because they failed to fully embrace Israel – and were fearful of its repercussions. The book’s subtitle is “How Breaking with the Past Brought Peace to the Middle East.” It is published by Broadside Books/Harper.

“The conventional wisdom, until we came along, was that the United States had to be what I think some referred to as neutral or maybe an honest broker between Israel and the Palestinians,” Friedman told Christian Headlines. “The problem with that is that Israel is the strongest ally, the most important ally, of the United States in the region, and maybe the world.”

By contrast, he added, the Palestinians are controlled by a terrorist organization, Hamas. Under previous administrations, the U.S. was “sort of trying to be neutral between this great friend, and this very questionable organization.”

“It empowered the Palestinian Authority to make unbeatable demands – to have a veto on the progress within the region,” Friedman said.

“First of all, we strengthened Israel, which is important to our national security,” Friedman told Christian Headlines. “Second of all, we showed the region that Israel wasn’t going away, that Israel wasn’t the problem, [and that] Israel could actually be the solution. And we invited other countries to that circle of trust, that circle of peace. And over time, as we continued to build that out, we found that there were a number of countries – forward-thinking countries – that were actually receptive to that idea.”

“We established relationships between Israel and five Muslim countries that didn’t exist before. It opened up the region to many new possibilities. It’s created a lot of goodwill, cultural exchange, economic activity, technological exchange and, of course, security cooperation, that didn’t exist before. It’s made the Middle East a safer place, made it less likely that American soldiers will have to fight wars in the Middle East, and it created more of a united front against Iran, which is the enemy of all these countries as well as the United States.”

The Trump administration also moved the U.S. embassy in Israel from Tel Aviv to Jerusalem – something that previous administrations had failed to deliver, despite congressional action in 1995 supporting the move.

“The president’s view was, ‘I’m not going to negate American law because I’m afraid of a couple of rogue actors.”

Friedman says his new book “provides an inside story to the internal workings of the Trump administration’s policies towards Israel, how they came about and why they came about.”

“You can move the bureaucracy – even the bureaucracy as large as the United States State Department – with a strong president who stands with an ambassador who he trusts,” he said. “So I think it’s the personal story of how we achieved that, with all the headwinds.”