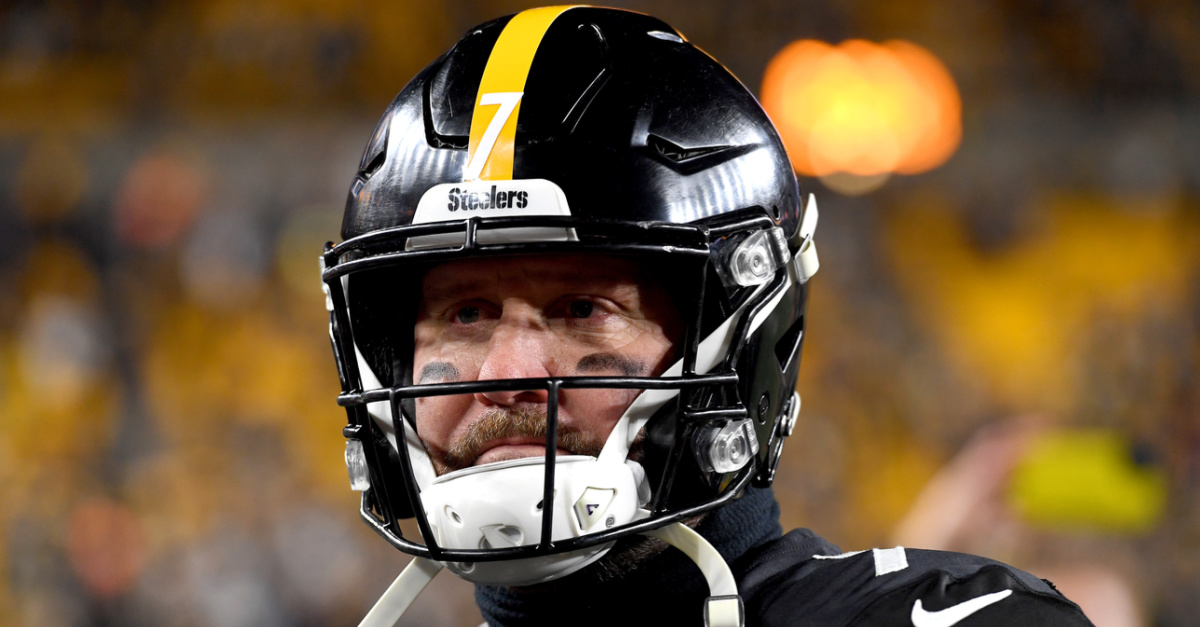 Ben Roethlisberger’s final home game of his career ended with a win, a victory lap and a movie-like hug of his wife and kids.

It also ended with “Big Ben” in tears as he reflected on an 18-season career that has included two Super Bowl victories and six Pro Bowls.

The Steelers defeated Cleveland 26-14, with Roethlisberger completing 24 of 46 passes for 123 yards and a touchdown.

Roethlisberger, 39, has not officially announced his retirement but essentially confirmed it during post-game interviews.

He ended the game on the field in a “victory” formation after the defense intercepted Cleveland.

“I didn’t think I was gonna take the field again. But it’s the best play in football when you’re an offensive player to take a knee, and so I’m glad I got to do it one last time,” he told NBC after the game, tears in his eyes.

An emotional Ben Roethlisberger on his final game in Pittsburgh.

A Christian, Roethlisberger referenced his family and his faith.

“… I’m just so thankful for the fans – my family obviously. The good Lord has blessed me in so many ways. We’ve still got another game. We will be excited and ready to go for that. But this is just an awesome place.”

Roethlisberger seemed to confirm his retirement plans by taking a lap around the field to thank the fans. Moments later, he hugged his wife and three kids and walked to the locker room.

The game, he said, was similar to many others of his career: “not always pretty but we find a way.”

The city of Pittsburgh, he said, has meant “everything” to him. He was drafted out of Miami (Ohio) in the first round of the 2004 NFL Draft and played all 18 seasons with the same franchise – a somewhat rare feat for a player of his magnitude.

“I’m so thankful and blessed to be able to call this place home for almost half my life,” he said. “In front of these fans and seeing all the signs, all the jerseys. … I’ve been so blessed and I’m just so thankful.”

Roethlisberger has opened up about his faith in recent years.

“Three years ago I got baptized,” Roethlisberger said during a June 2020 ManUp Conference, according to Sports Spectrum. “I was baptized as a kid; my parents took me as a baby. But I didn’t make that decision. So three years ago now I made the decision to be baptized because I felt like I needed to do that. I wanted to have a closer walk, a better relationship with Jesus, with my wife, with my kids, with my family – become a better person.

“So I think the person that brought me to Him was Jesus. Jesus is the One who brought me back to Him, and I’m so thankful for it because I feel I’m a better Christian, a better husband and a better father today because of His forgiveness of me.”