Some surprising facts and figures about Australia’s housing markets

There’s been a lot of talk about housing affordability recently, hasn’t there?

Well, there are some surprising findings in the recent Australian Bureau of Statistics (ABS) biennial publication “Housing Occupancy and Costs”  for the 2019/20 financial year.

According to the ABS housing affordability for homeowners paying off a mortgage has improved to its best level in almost 30 years.

On the other hand, the number of Australians who are homeowners is just over 66%, equalling the lowest share since 1994/95.

Here are some more details.

One of the key findings was that a measure of housing affordability for homeowners with a mortgage improved over the period of this recently released report – from 2017/18 to 2019/20.

In fact, the ratio of housing costs to income was the lowest in data stretching back to the start of the series in 1990. 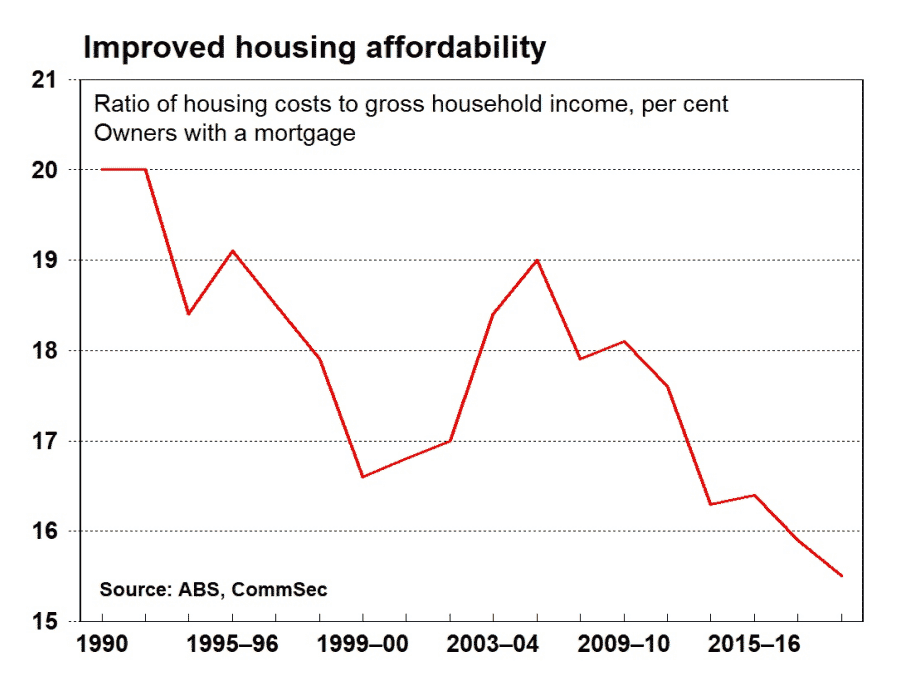 But obviously, the landscape has changed since June 2020 (the date referenced in the report.)

Interest rates have fallen but are now starting to rise, home prices have risen and household incomes have also risen so the jury is out on how this has translated to current affordability.

Not surprisingly the share of households living in apartments stands at a record 16.6 per cent.

But it’s likely that in the following two Covid years after the reporting period, more Aussies moved to free-standing houses.

It will be interesting to see whether this trend will continue in the ‘living with Covid’ environment. 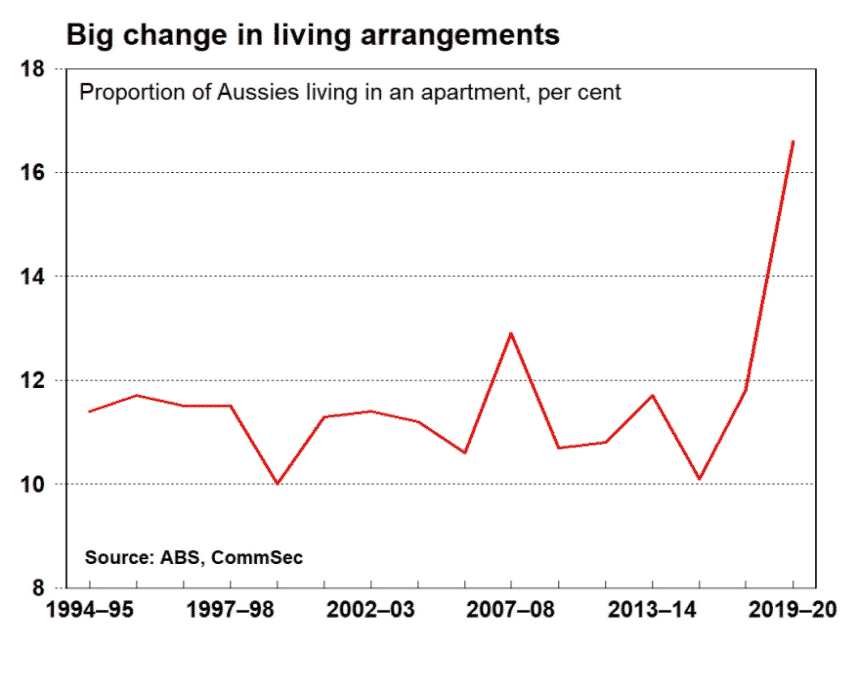 In spite of these improvements in housing affordability, the share of people owning their homes outright or paying off a mortgage remains historically low.

This may be because some Aussies still continue to struggle to save for a deposit to buy a home.

The 66.2 per cent of households that were homeowners was unchanged in 2017/18, but homeownership equalled the lowest levels in the series back to 1994/95. 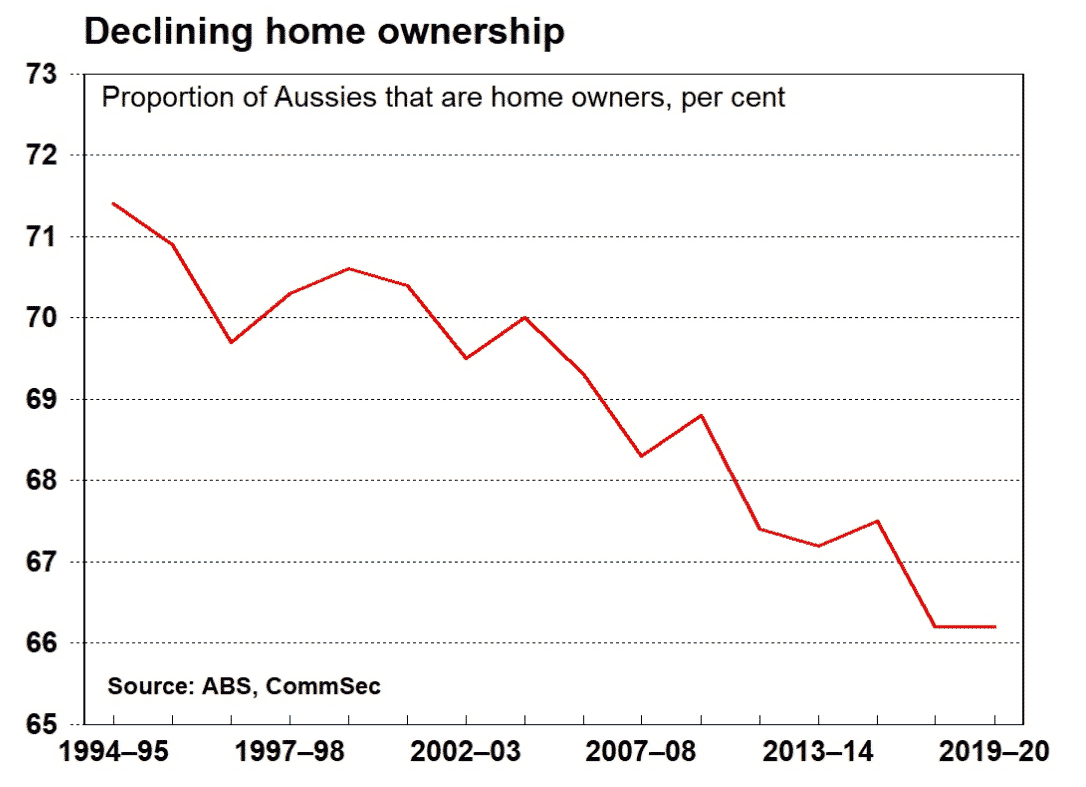 Over the past two decades, the percentage of Australian households that own their own home

This is evident in NSW households where only 34 per cent are homeowners with a mortgage.

This is much lower compared to Western Australia which has 42.7 per cent homeownership.

Overall, South Australia and ACT have the highest share of homeownership in the country at 69.3 per cent, just above Western Australia at 69.2 per cent.

Housing costs as a proportion of gross household income for homeowners with a mortgage fell from 15.9 per cent to 15.5 per cent – the lowest ratio in the series back to 1990.

For renters, housing costs as a proportion of gross household income fell from 20.2 per cent to 19.9 per cent.

The report shows that there were 2.56 people on average in Australian households, the smallest result in 12 years.

This number has remained much the same for the past 20 years. 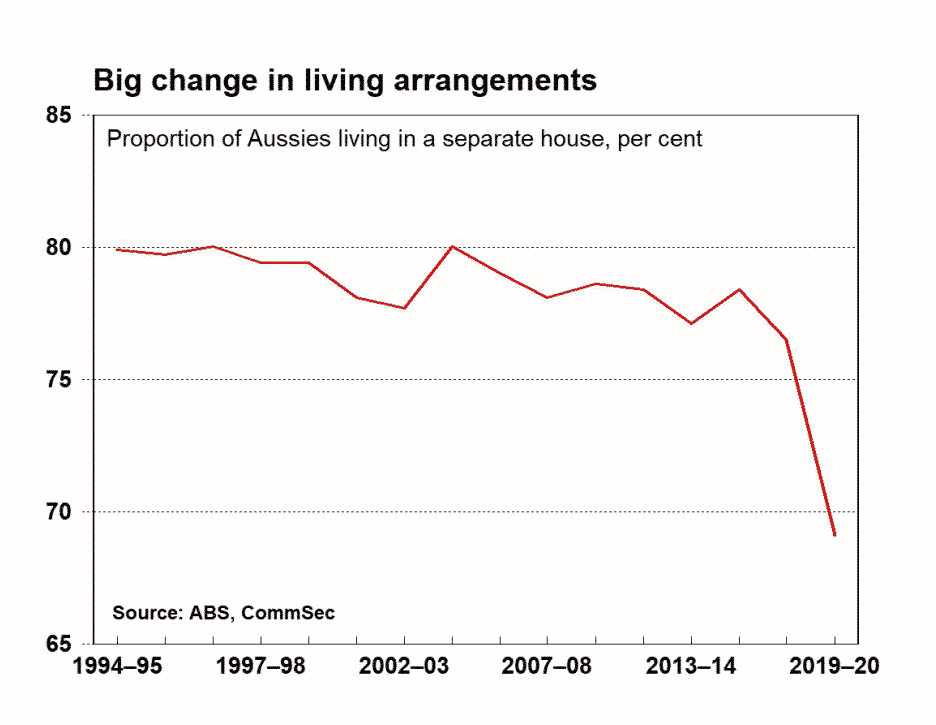 About Robert Chandra
Robert Chandra is a Property Strategist at Metropole and has an intrinsic understanding of property markets backed by many years of real estate experience. This coupled with several degrees gives him a holistic perspective with which he can diagnose clients’ circumstances and goals and formulate strategies to bridge the gap.