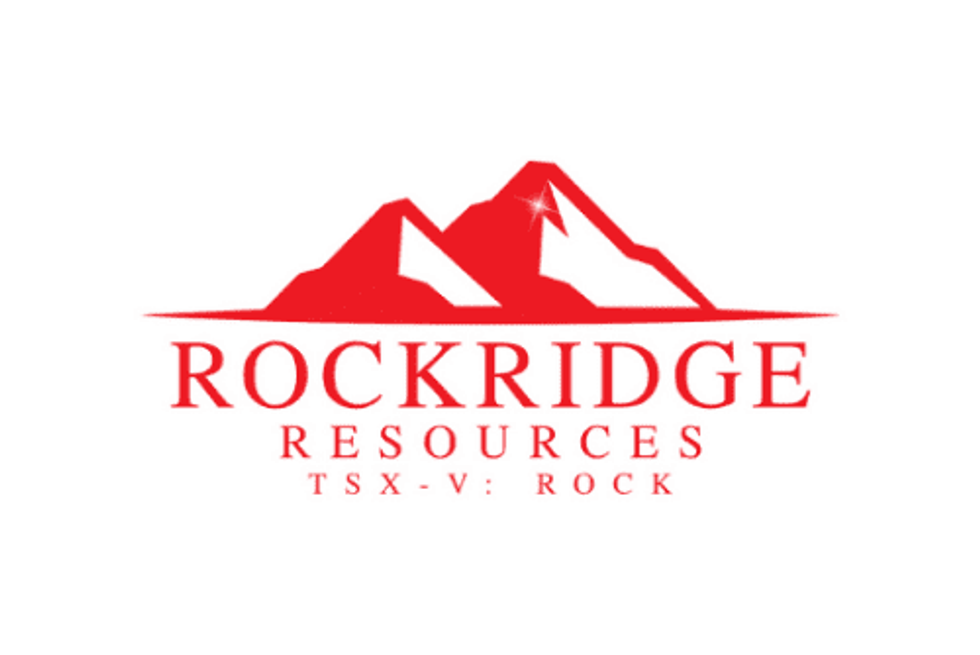 Over the last several years, demand and reduced supply have created strong momentum for the price of copper. Due to its unique material properties, copper is integral to many industries including electric vehicles, alternative energy generation, energy storage, consumer electronics, and modern infrastructure. It is essential for the green energy revolution to succeed if the world wants to reduce its reliance on fossil fuels as a source of power generation. Decarbonization is an emerging trend across the planet and copper will have a fundamental role as the world progresses to a more ‘green’ economy. According to a recent report from Bernstein Research, copper production will need to increase by 3–6% per year to provide the copper necessary to meet CO2 emissions reduction targets outlined in the Paris Climate Agreement as each ton of copper mined reduces carbon emissions by 500 tons. Two hundred copper mines currently in operation will reach the end of their productive lives before 2035, yet the copper industry has seen insufficient investment, exploration, development, and production capacity in the last decade – making an increase in the metal price necessary moving forward.

Rockridge Resources Ltd. (TSXV: ROCK) is a publicly traded mineral exploration company focused on the acquisition, exploration, and development of mineral resource properties in Canada, with a primary focus on copper. The company’s flagship Knife Lake Project is located in Saskatchewan, ranked third as one of the world’s mining jurisdictions by the Fraser Institute. Over the last 100 years, the Flin-Flon mining camp in Manitoba and Saskatchewan has produced over 180 million tons of sulphide ore from over 35 VMS deposits worth in excess of $30 billion dollars. Rockridge also owns 100% of the Raney Gold Project, which is attractively positioned near the world-class Timmins and Kirkland Lake lode gold mining camps in Ontario.

The inaugural Knife Lake NI 43-101 resource estimate, released in 2019, provides an excellent anchor for the project with 3.8 MT @ 1.02% copper equivalent of indicated resources and 7.9 MT @ 0.67% copper equivalent of inferred resources. The deposit is a remobilized portion of a presumably larger primary VMS deposit and most of the historical work has consisted of shallow drilling at the deposit area with little regional work carried out and limited deeper drilling below the deposit. There is strong discovery potential in and around the deposit area as well as at regional targets on the 55,471 hectare property package and Rockridge is actively exploring the property for VMS-style, predominantly copper deposits along newly defined conductors and targets.

In April 2021, Rockridge staked an additional 22,808 hectares at Knife Lake (an increase of 70% on the previous land package) and also expanded its drill program from 1600 meters to 2,100 meters due to encouraging visible mineralization in the preliminary holes, which were drilled at Gilbert Lake North & South, 5-6km to the west of the Knife Lake Deposit. Additional infill drilling at the Knife Lake deposit was also carried out to further substantiate and potentially increase the resource estimate. The Company is looking forward to testing additional targets at the Knife Lake Deposit area, as well as regionally at Gilbert Lake North & South which hosts over 14 kilometres of prospective VMS stratigraphy.

Rockridge also owns 100% of the Raney Gold Project which is a high-grade gold property covering ~2,800 hectares located ~110 km southwest of the prolific gold district of Timmins, Ontario. The project borders Newmont’s (NYSE:NEM, TSX:NGT) Borden Gold Project host to the operational Borden underground gold mine. In early 2020, drilling at Raney entailed 2,070 metres in nine diamond drill holes with a highlight intercept in hole RN 20-06 of 28 g/t gold over 6 metres at a shallow vertical level of 95 metres.

Rockridge currently trades at a total enterprise value/total resources on copper equivalent ratio of CAD$0.05. “The most important part about why an investor might be attracted to Rockridge right now is due to its valuation on both an absolute and relative basis. The company has a market capitalization of approximately CAD$10 to $12 million, it trades at the low end of the valuation curve amongst its North American copper peers,” noted Rockridge CEO Jonathan Wiesblatt.

In March 2021, Rockridge appointed Jonathan Wiesblatt as CEO of the company. Mr. Wiesblatt has over two decades of experience in the financial industry in various roles, including focused expertise in the mining industry as an analyst, advisor, portfolio manager and institutional investor for several multi-strategy funds and resource focused asset managers including Sprott. This expertise and vested interest in the company’s success will be invaluable to its future growth.

The Knife Lake project consists of 81 dispositions totaling 55,471 hectares within the Flin Flon – Snow Lake mining district, Saskatchewan. The company is searching for a remobilized portion of a presumably larger “primary” near-surface VMS deposit. The stratabound mineralized zone is approximately 15m thick and contains copper, silver, zinc and cobalt mineralization which dips 30° to 45° eastward over a strike-length of ~4,000 m, with an average horizontal width of approximately 300 m. Over 400 diamond drill-holes have been completed in and around the current property boundaries, with much of the drill core stored under cover and in very good condition.

Extensive exploration data dates back to the 1960s with over 300 shallow holes drilled which, combined with the 2019 drill program, allowed the company to complete the inaugural NI 43-101 resource estimate of the Knife Lake deposit. Highlighted drilling results from the 2019 drilling campaign included 2.03% copper, 9.88 g/t silver, 0.19 g/t gold, 0.36% zinc and 0.01 percent cobalt over 37.6 meters in hole KF19003. The company is currently awaiting assays from the 2,100 metre drill program which began in March 2021 to conduct infill drilling at the Knife Lake Deposit, along with testing regional targets Gilbert Lake South & Gilbert Lake North.

Over CAD$1.6 billion has been invested into mine development in the surrounding Flin Flon district and over 50% of deposits in the Flin Flon district have been advanced to production, which have led to nearly 100 consecutive years of mining. Several other companies are active in the region including Foran Mining (TSXV.FOM), which has it’s McILvenna high-grade base metal deposit ~80km south of Knife Lake. Hudbay (TSX.HBM) operates the several mines nearby, and recently discovered a new high-grade zinc zone between the two mines Chisel North and Lalor. In addition, a new entrant to the region is Rockcliff Metals (TSXV.RCLF), a well-funded exploration company with high-grade copper- and zinc-dominant VMS deposits, as well as joint ventures with Kinross and Hudbay.

The 100% owned Raney Gold Project is a large prospective gold property covering approximately 2,800 hectares located 110 kilometers southwest of the prolific gold district of Timmins, ON. The project is ideally positioned in the Archean Swayze Greenstone belt, which is a part of the Abitibi Greenstone belt. The broad structural corridor that hosts the mineralization is open for expansion and historic mapping and surface sampling data show that it may extend over several hundred metres, with no drilling completed over a large extent of this corridor. A notable disruption in the airborne magnetic data approximately 2 km west of the recent drilling and in line with the projected structural corridor provides a compelling target area for future exploration.

Raney presents Rockridge with excellent early-stage exploration potential with its limited exploration history but highly prospective gold mineralization across the property. In early 2020, the company completed 2,070 meters of drilling with a highlight intercept of 28 g/t gold over 6 metres at a shallow vertical level of 95 meters. The company conducted a follow up 3000m drill program which was designed to evaluate a number of exploration ideas/concepts including testing the down-plunge and depth continuity of high-grade gold mineralization intersected in previously drilled holes, the eastward and westward continuity of the Raney gold zone.

The company’s expert leadership and technical team apply their exploration experience and technical skills to acquire and develop its strategically positioned mineral projects. This world-class management team primes the company for growth and mining success.

Jordan Trimble is the founder and president as well as a director of Rockridge Resources Ltd. He is an entrepreneur and has worked in the resource industry in various roles with numerous companies specializing in management, corporate finance and strategy, shareholder communications, deal structuring and capital raising. Previously, he was the corporate development manager for Bayfield Ventures, a gold company with projects in Ontario, which New Gold successfully acquired in 2014.

Throughout his career, Trimble has founded and helped manage several public and private companies and has been instrumental in raising substantial capital for mining companies with his extensive network of institutional and retail investors. He is a frequent speaker at resource and mining conferences globally and has appeared on various media outlets, including BNN and the Financial Post.

Trimble holds a Bachelor of Science Degree with a Minor in Commerce from the University of British Columbia. He is a CFA Charterholder currently serving as a director of the CFA Society Vancouver.

Jonathan Wiesblatt has over two decades of experience in the financial industry in various roles, including focused expertise in the mining industry as an analyst and institutional investor. Wiesblatt specializes in equity research, portfolio management, capital markets, hedge funds and investment management. His expertise in US and Canadian capital markets. He has spent the last 15-years as an institutional investor working as a portfolio manager for several multi-strategy funds, a Canadian Equity Mutual Fund at Sprott Asset Management, and recently served as an advisor to Canada’s largest Family Offices, Reichmann International Development Corp.

Wiesblatt is a graduate of The University of Western Ontario and a Chartered Investment Manager Designation holder.

Dr. Ramcharan has an extensive background in corporate development, mining and exploration, project evaluation, and investment banking spanning over twenty years. Previously, as Manager of Corporate Development for IAMGOLD, Dr. Ramcharan was involved in raising over $600 million in equity financings and worked on project acquisitions totalling over $800 million. He has held senior investment banking and corporate finance roles, including with Sprott and Resource Capital Funds, where he performed over 300 project evaluations and helped complete numerous debt and equity financings.

Joseph Gallucci is a capital markets executive with over 15 years of experience in investment banking and equity research focused on mining, base metals, precious metals and bulk commodities on a global scale. Joseph is currently the managing director and the head of Mining Investment Banking at Laurentian Bank Securities Inc. His career has spanned across various firms, including BMO Capital Markets, GMP Securities, Dundee Securities. He was a founding principal of Eight Capital, where he recently led their Mining Investment Banking Team.

He has acquired experience in corporate finance, mergers, acquisitions, business and operational development, financings, and corporate strategy in his previous roles. He was directly involved in raising over CAD$1 billion for mining companies with focused expertise on Canadian base metal companies.

Prior, Gallucci spent over a decade in equity research focusing on global mining at both GMP and Dundee Securities. At Dundee Securities, he was a managing director and head of the Metals and Mining Research Team, where he oversaw the entire mining franchise. He has traveled extensively, visiting well over 100 mining properties across the globe.

Ron Netolitzky has had an illustrious career in the mining and exploration industry with over 40 years of experience and having been directly associated with three major discoveries in Canada that subsequently went into production: Eskay Creek, Snip and Brewery Creek. Mr. Netolitzky has been honored with the Prospector of the Year award from the PDAC, and Developer of the Year award from the BC & Yukon Chamber of Mines. In 2015, he was inducted into the Canadian Mining Hall of Fame.

PrevPrevious5 Ways Work-Related Stress Damages Your Health (and How to Beat It)
Next78 Unborn Lives Saved during 40 Days for Life: ‘I Don’t Want to Hurt My Child’Next