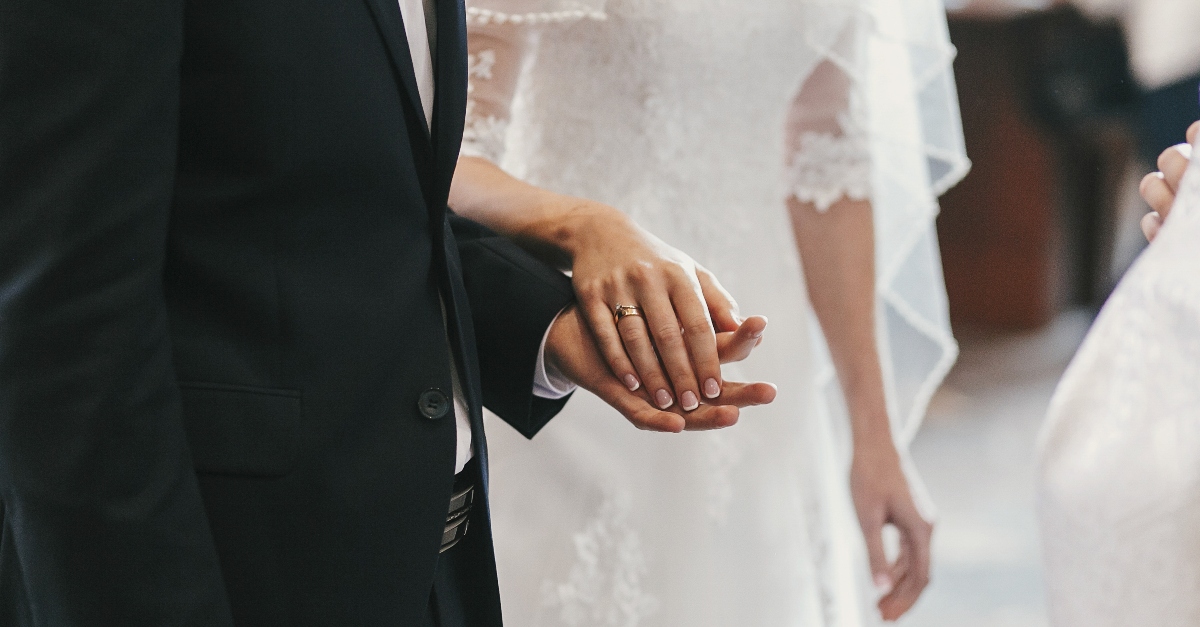 A new study found that religious marriages are less likely to end in divorce because religion tends to encourage less cohabitation, a known risk factor for divorce.

According to The Christian Post, the Institute of Family Studies looked at data from more than 53,000 women between 15 and 49 years old from the National Survey of Family Growth from 1995 to 2019.

They found that the annual divorce rate among married women with a non-religious upbringing is about 5 percent. It was 4.5 percent for religious women.

Women who go from single directly into marriage without cohabiting tended to have lower divorce rates than women with the same background, but who married after cohabiting.

“This was especially true for religious women who married before age 25. For women marrying after age 30, the relationship seems to flip,” the researchers said.

“Women who married past age 30 had fewer years of marriage included in the analysis. But particularly for youthful marriages before age 20 or in the early 20s, cohabiting before marriage appears to be a major risk factor for divorce,” Stone and Wilcox reported.

According to the report, religion may give adults “institutional or community support,” or it may “positively alter the quality of romantic pairings.”

“Religion could alter the potential spouses to which women are exposed. Via church communities, religious women may be able to access a larger and more marriage-friendly pool of potential spouses,” the researchers said.

“Second, religion could alter the criteria that women have for selecting partners. Knowing that cohabitation is disfavored and desiring the companionship of a committed union, religious women might more actively pursue ‘husband material’ partners earlier in life than other women,” they added.