Pure-skill Mobile Games: What You Need to Know About This Investment Opportunity 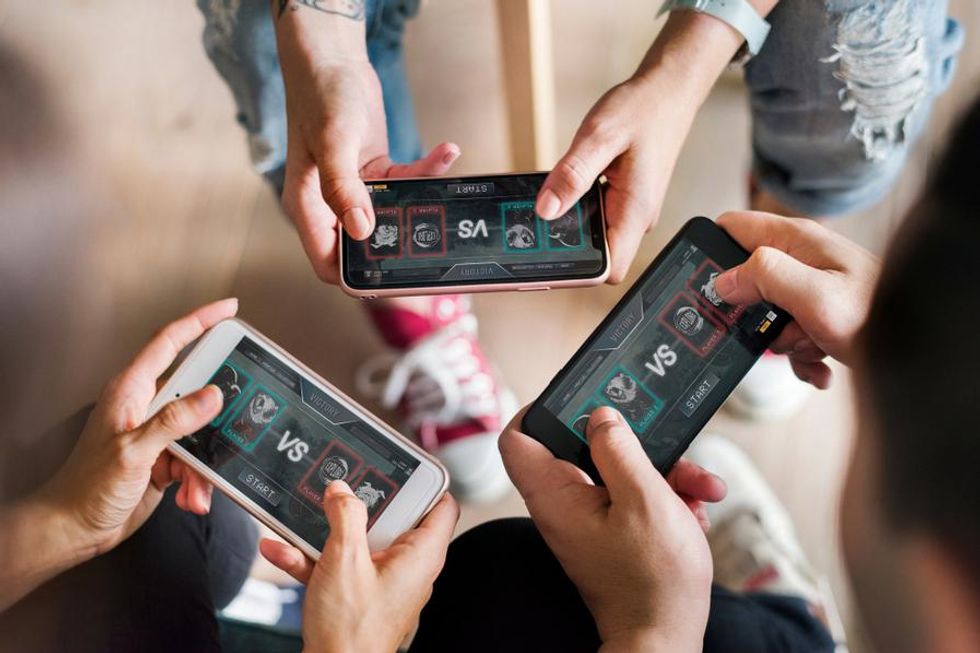 Twenty years ago, the notion that one could make money simply by being good at mobile games would have seemed absurd. But times have changed, and thanks to companies like Riot Games — publisher of League of Legends and Valorant — and the early surge in popularity of Major League Gaming, online gaming and eSports today represents a multibillion dollar industry.

So, what does the data say about mobile gaming industry penetration and growth? In 2021, the mobile gaming industry became the top-grossing gaming segment worldwide, reaching 2.65 billion users, with Asia and Europe coming in first and second with 1.29 billion and 551.7 million users respectively. In that same year, the industry generated a staggering US$93.2 billion in revenue, a 7.3 percent year-over-year increase that represented 52 percent of 2021’s global consumer spending in gaming.

It’s clear that mobile gaming is a rapidly growing segment. Professional gamers have pulled in salaries of six or even seven figures. The association between gaming skill and monetary return is well established by this point. Add to that the rise in popularity of video game streaming and video game culture in general, and it’s clear why mobile gaming has become so ingrained in our society. All of this has led to the birth of a new genre — pure-skill games. To understand why this represents such a compelling opportunity for investors, one must first understand what the term means.

League of Legends, mentioned earlier, is a hybrid game. While mechanical skill plays a significant part early on in a match, matches are ultimately decided by which team is able to most effectively strategize and work together. On the other hand, Angry Birds, which is developed and published by Rovio (HEL:ROVIO), is almost entirely psychological.

Most skill-based games have an element of randomness to them. In League of Legends, this takes the form of both the game’s matchmaking algorithms and what elements may appear in a match. The Angry Birds series, meanwhile, randomizes the placement of objectives.

Pure-skill games completely do away with this element of inconstancy. There are no random events or circumstances in such titles to either help or hinder. Instead, the outcome of a pure-skill game is entirely in the player’s hands.

In a pure-skill game, the player has total control over the outcome. This makes them an ideal medium for the emerging play-to-earn genre. Typically on mobile and easy to both play and access (known as hyper-casual), play-to-earn titles give users the opportunity to win prizes such as cash rewards through gameplay alone.

What are the major pure-skill game developers?

The companies above represent sound investments in their own right and each is an excellent option from the standpoint of games investing. However, most have yet to make tangible inroads into play-to-earn/cash gaming. Investors that seek more immediate entry into the niche category might instead consider investing in one of the companies listed below.

Royal Wins is noteworthy for developing the world’s first fully licensed real-money pure-skill gaming platform, Kash Karnival. Currently available on both Android and iOS, Kash Karnival provides players in 147 countries with the opportunity to earn real-world money utilizing their abilities and talents as opposed to pure odds. It features an extensive and constantly growing suite of titles, and its prominence makes Royal Wins an emerging leader in pure-skill play-to-earn gaming.

Founded in 2012, Skillz is an eSports platform geared towards mobile game developers. Upon integration with an existing app, it enables the developer to host competitions and add cash-based rewards to their titles. The platform also includes built-in social functionality and analytics.

A free-to-play platform, Roblox allows players to create and monetize their own games and virtual items, both of which can be directly monetized through one-time purchases and microtransactions. Between them, Roblox’s players produce approximately 20 million titles per year.

What does the future of pure-skill game investing look like?

There is a significant overlap between pay-to-earn pure skill titles and GameFi, which combines cryptocurrency and skill-based gaming. As such, it is expected that in 2022, the pay-to-earn niche will experience exponential growth, driven at least in part by the popularization of GameFi. As major game developers continue to explore the boundaries of pay-to-earn, this growth may be even further amplified, particularly with the growth of Meta Platforms’ (NASDAQ:FB) metaverse.

Much of this growth is likely to be in the mobile gaming space, which has long been one of gaming’s major growth areas.As of last year, mobile gaming makes up 57 percent of total gaming revenue, with consumer spending on games hitting US$116 billion. Hyper-casual games are the number one genre within mobile games.

The mobile gaming market is poised for significant growth, with major game developers looking for new ways to monetize their games. Pure-skill games have an important role to play in this growth story, since they provide both healthy competition and a compelling rewards structure that directly aligns with the mobile gaming industry’s focus on building sustainable communities around popular games.

The information contained here is for information purposes only and is not to be construed as an offer or solicitation for the sale or purchase of securities. Readers should conduct their own research for all information publicly available concerning the company. Prior to making any investment decision, it is recommended that readers consult directly with Royal Wins and seek advice from a qualified investment advisor.