[Podcast] What went right over the last year. Some good news stories with Mark Creedon

If you were asked to list the top global news stories of the last year, off the top of your head, what would they be?

Chances are you’d come up with some combination of COVID-19, lockdowns, economic woes, political conflict, floods, and other natural disasters, and maybe Free Britney thrown in for good measure.

What’s probably missing from your list is any good news, which seems pretty strange. 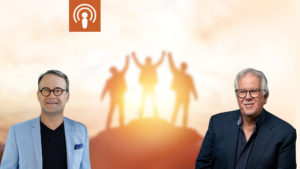 Even in the midst of a global pandemic, surely a few positive things happened over the last year.

So today I chat with Mark Creedon and we’ll show you the world is not such a bad place to live in.

It’s not hard to find bad news in the media, and it’s been said our brains are hardwired to look for the negatives.

Today we’re going to share some positive news stories you might have missed to brighten your outlook for the future.

Now we could start off with the fact that the average Australian is wealthier than ever before and that over the last two years of the pandemic, the value of many homes has increased by at least 20% and in many cases 30%.

And we could talk about the fact that anybody who wants a job can get a job in Australia.

And we could of course talk about how while, unfortunately, some businesses are still suffering many businesses doing really well and will get to these at the end.

But let’s start with some big-picture good news stories.

1. Let’s kick off with by far the biggest good news story of the year: the COVID-19 vaccines.

This is by far the most successful global health initiative ever undertaken.

In less than two years not only did we come up with a way to overcome a brand new disease but rolled it out to more than half of humanity.

2. Lots of good news on cancer this year.

A lot of that is down to less smoking.

New research released in September this year revealed that quietly and largely uncelebrated, we’ve made amazing progress, with the age-standardized number of cases decreasing by 17%, and deaths by 36% in the last two decades.

5. Life expectancy has improved around the globe. 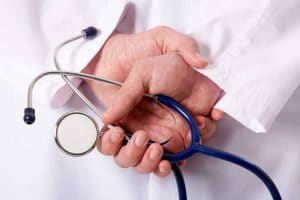 Today most people in the world can expect to live as long as those in the very richest countries in 1950.

The United Nations estimates a global average life expectancy of 72.6 years for 2019 – the global average today is higher than in any country back in 1950.

According to the UN estimates the country with the best health in 1950 was Norway with a life expectancy of 72.3 years.

Life expectancy in Australia continues to rise, with a baby boy expected to live to 81.2 years and a girl to 85.3 years, according to the latest figures released from the Australian Bureau of Statistics.

When Indonesia, the world’s most populous Muslim country, produces the planet’s most effective democratically elected leader — Joko Widodo — almost no one hears the story.

7. Some of Australia’s most beautiful natural sites, including the Daintree, the oldest tropical rainforest in the world, were returned to their traditional owners this year.

8. A significant majority of people in wealthy countries now believe that having people of different ethnic, religious, and racial backgrounds improves society.

9. In India, millions of people have gained access to clean water in the last two years.

10. Look how many electric cars are being sold: 10% of global vehicle sales are now electric. 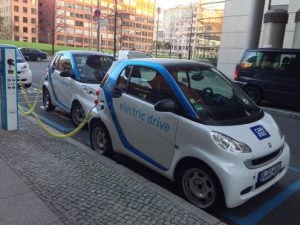 More than a third of new German cars sold are now plugins, while in the world’s largest car market EV sales have reached nearly 20%.

The average Australian is wealthier than ever

Overall the total residential property market is worth close to $10 trillion and there is only $2 trillion worth of loans owing against all residential real estate.

Get your free bundle of reports and eBooks – www.PodcastBonus.com.au

Some of our favourite quotes from the show:

“I recently read a study that said that scientists found that living near leafy green areas cuts your risk of stroke.” – Michael Yardney

“Pessimists are usually not successful in life.” – Michael Yardney

PLEASE LEAVE US A REVIEW

Reviews are hugely important to me because they help new people discover this podcast. If you enjoyed listening to this episode, please leave a review on iTunes – it’s your way of passing the message forward to others and saying thank you to me. Here’s how

PrevPreviousWhy Workplace Authenticity Matters More than Ever, According to Credly’s VP of Customer Success
NextBest Robo Advisors for May 2022: Performance, Fees & ReturnsNext

Is there a looming schools shortage?

Key takeaways Education is a very big industry that is growing fast in line with predicted population growth. The government sector is struggling to find