“How’d this investment do last quarter?”

Clear communication is critical to successful client-adviser relationships. And intuitive, easy-to-understand investment reporting ought to be central to that.

Yet simple questions like the one above can be strangely difficult to answer. And that’s especially true in the world of alternative investments.

The best way to understand some of these reporting challenges is to look at a recent report.

Last year, a firm described the monthly performance of one of its funds in which we invested. The headline read as follows: “The NAV for Class A and Class I both decreased by 0.1%.”

Now put yourself in the shoes of a diligent client who reads that. How should they feel about the unit value per share having fallen? They may not be a financial reporting expert, but they’d be both logical and, presumably, correct to think falling share prices are bad, right? After all, if the value of their shares is decreasing, the investment’s performance must be deteriorating. Isn’t that simple common sense?

When we called them to understand what contributed to the monthly investment loss, they told us, “The odd truth is that the reduction in the NAV this last month had nothing to do with the actual performance of the fund.”

You read that correctly: NAV fell for reasons unrelated to how the fund performed the previous month. Did the firm make a mistake in their calculations? Nope.

So what caused the fall in NAV then if not performance?

The SEC. Specifically, the mark-to-market requirements the SEC imposed on the fund as a publicly registered if not publicly listed enterprise.

Here’s what’s happening: The SEC wants to make sure fund sponsors are “fair” in how they value the securities in the fund that are then used to calculate NAV.

“Fair” has historically meant making sure that fund sponsors do not inflate the value of the portfolio to make themselves look good when the underlying reality is less than rosy.

The SEC has been less concerned over the years with the reverse situation: when wealth advisers undervalue the securities in the portfolio and thus understate a given investment’s true value. This often results in future upside surprises.

In the SEC’s defense, nobody likes downside surprises, while those on the upside are celebrated. Few investors complain when returns beat expectations.

Good intentions aside, the NAV reduction may cause two rounds of investor concern: first, when the investor reads that the NAV of their shares has fallen, and then when their adviser asks them to accept two hard-to-reconcile truths, that the NAV calculation was done correctly (notice my careful wording of this), and that the fund’s performance has not actually declined.

Thoughtful reporting gets trickier for non-listed assets like corporate loans, such as those that make up the fund. To ensure that the fund sponsor does not mislead investors, the SEC requires the fund to mark-to-market, or “adjust the security values up or down based on current market value.”

Again, the SEC’s principal concern is overstatements of value — when the market prices the security below what the fund manager reports to investors. (The IRS arguably has the opposite concern.) Obviously, there are many detailed rules that dictate “what” and “how” things are marked-to-market. One of those rules, inspired by good intentions, essentially holds that if publicly traded comps — “comparable securities” — exist for any security in the portfolio, that security’s value needs to be adjusted based on the comparable securities.

As for the fund in question, it has some loan exposure in the medical space, but not too much. It is well diversified. In June 2019, the medical loan space suffered some distress, particularly in the non-prime sector, which is composed of second liens, mezzanine liens, anything that is not a “first-lien.” This ramp-up in sector volatility required the fund to mark-down its entire medical receivables on the order of 30%. That helped cause the decline in NAV.

Paradoxically, medical sector loans in the fund that were “marked down” are all performing and do not show impairment. These loans are not structured as senior debt, but rather sub-debt. So someone in a compliance and reporting function reasoned that since there was no senior debt, the loans are thus more aligned with the risk of sub-debt, which got crushed in the public markets during the period in question.

To muddy the waters even more, in speaking with the firm as to why the fund’s NAV had fallen, I learned that the debt tranche the firm funded has a unique protective clause that the firm negotiated. This clause holds that in the event of bankruptcy, the sub-debt will be repaid at the same time as senior debt, giving it some “senior-like” protection.

What does this positive structural insight mean? The publicly traded medical sub-debt that provided the rationale for marking down the portfolio did not have comparable protections.

In short, a well-intentioned rule to prevent fund sponsors from hiding risks from investors had the perverse effect of potentially alarming those same investors. It implied a decline in the fund’s performance when there wasn’t any.

As long as those loans continue to perform, another distortion will arise: Performance in one or more periods will be overstated when those valuation adjustments are reversed.

Long story short: No client ever wants to have to think about all of these issues. What’s required is a two-pronged strategy:

In the end what clients want from investment performance reports is an accurate understanding of how their portfolios, and the securities within them are doing. They want to know: Are they performing according to plan, better than planned, or worse than planned?

It ought to be an easy question to answer. But it often isn’t. 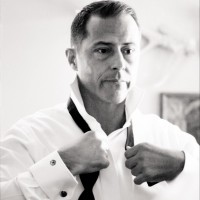 Whitwell started his career working alongside some of the most globally respected bankers at James D. Wolfensohn, Inc., Goldman Sachs, and Credit Suisse First Boston. He has worked in New York City, London, Hong Kong, and Tokyo and has a firsthand understanding of global markets and multi-cultural work environments.

Whitwell graduated from the Wharton School of Business at the University of Pennsylvania and subsequently earned the Chartered Financial Analyst designation and Certificate in Investment Performance Measurement, both from the CFA Institute where he serves on the global Educational Advisory Committee. In addition, Whitwell serves on the Long Center Corporate Advisory Board, the Baylor Scott & White – Development Advisory Board and was previously a social venture partner at Mission Capital.

Whitwell and his wife, Rachel, live in Austin, Texas with their rescue German Shepherd, Amber. He is the proud father of three children with whom he enjoys playing and spending time outdoors. In addition, he is a purple-belt in Brazilian Jiu-Jitsu, a black-belt in Hakko-Ryu Jiu-Jitsu and a long-time patron of the arts and has been playing violin for 40 years.