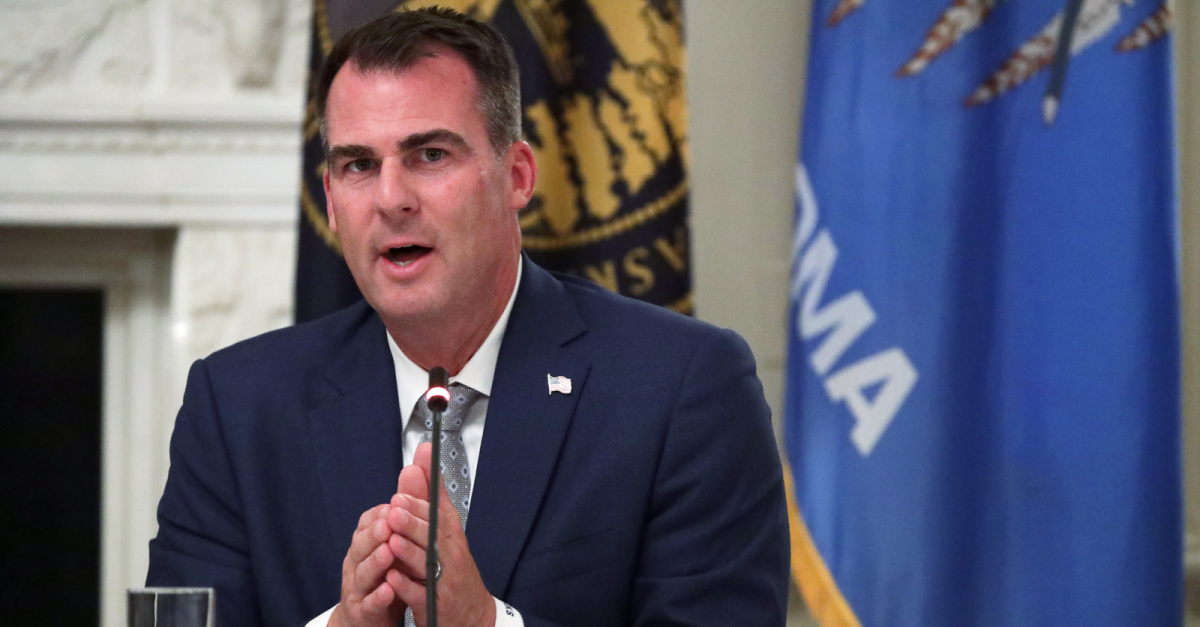 “I am proud to sign SB 1503, the Oklahoma Heartbeat Act, into law,” Stitt tweeted after signing the bill.

“I want Oklahoma to be the most pro-life state in the country because I represent all four million Oklahomans who overwhelmingly want to protect the unborn,” he added.

I am proud to sign SB 1503, the Oklahoma Heartbeat Act into law.

I want Oklahoma to be the most pro-life state in the country because I represent all four million Oklahomans who overwhelmingly want to protect the unborn. pic.twitter.com/XQr7khRLRa

The pro-life organization Live Action reported that the Oklahoma Heartbeat Act is modeled after the Texas Heartbeat Act, which restricts abortions once a fetal heartbeat is detected unless the mother’s life is at risk. The bill, however, does not include exceptions for rape or incest.

Private citizens would also be able to sue anyone who conducts or assists a woman in getting an abortion for $10,000.

Under the new law, any civil action against the woman herself is restricted.

Several weeks ago, Stitt also signed a bill (Senate Bill 612) that would ban most abortions in the Sooner state, except in cases where the mother’s life is at risk. The measure also makes committing the procedure a felony.

Pro-choice activists have filed a lawsuit against the Oklahoma Heartbeat Act in the Oklahoma Supreme Court and challenged SB 612 in trial court through an attachment to an existing lawsuit disputing five previous Oklahoma abortion restrictions.

Those restrictions, which were enacted last year, are currently blocked.

According to KKTV, the heartbeat bill immediately took effect upon Stitt’s signature. On Tuesday, the Oklahoma Supreme Court rejected an emergency request to temporarily halt the measure.

Oklahoma, which only has four abortion clinics, has seen a steady decline in the number of abortions performed in the state in the past two decades. In 2002, there were more than 6,200 abortions, and in 2020, that number dropped to 3,737. In 2020, about 9 percent of abortions conducted in Oklahoma included women from Texas before its heartbeat act passed last year.

The signing of the Oklahoma Heartbeat Act follows the recent leak of a draft opinion published by Politico where the Republican majority of the Supreme Court concluded that Roe V. Wade, the 1973 decision that legalized abortion in the country, would likely be overturned. If the Supreme Court maintains this decision when it issues its final ruling, access to abortion would be decided at the state level.