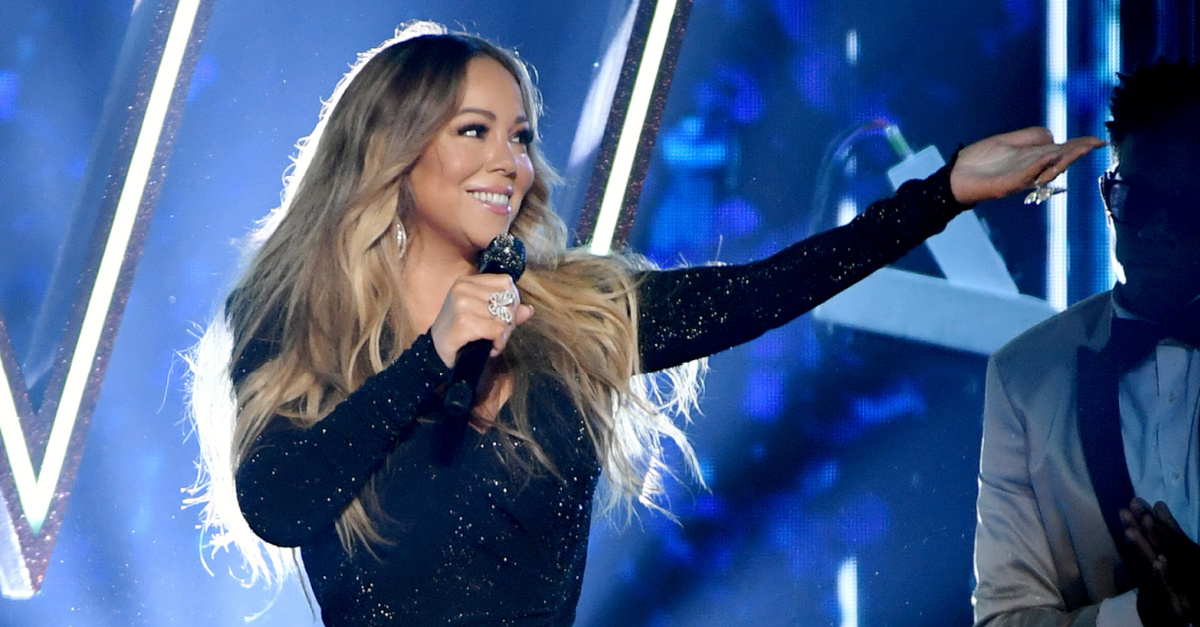 Grammy-award-winning pop megastar Mariah Carey is rejecting the moniker “Queen of Christmas,” saying that it belongs to Mary, the mother of Jesus Christ.

Carey, whose career spans over three decades, received the Recording Industry Association of America Diamond Award earlier this month for her hit single, “All I Want for Christmas Is You,” which has become a Christmas staple since its 1994 release.

“Can I just say that I did not create the title or the moniker ‘Queen of Christmas,’” the pop singer explained. “I did not do that. That was other people, and I just want to humbly say that I don’t consider myself that.”

“I’m someone that loves Christmas, that happened to be blessed to write ‘All I Want For Christmas Is You’ and a lot of other Christmas songs,” she continued.

As reported by The Christian Post, Carey believes that the Christmas title should be bestowed on the virgin Mary.

“Let’s face it, everybody’s faith is what it is. But to me, Mary is the queen of Christmas,” she contended.

Carey, who professes to be a Christian, has shared her faith through some of her music. For instance, her 2014 album Me. I Am Mariah…The Elusive Chanteuse features the passionate gospel number “Heavenly (No Ways Tired / Can’t Give Up Now).”

In the song, which encourages others not to give up, Carey is heard singing the Bible verse Psalm 34:18, which says, “The Lord is close to the brokenhearted and saves those who are crushed in spirit.”

The singer also opens up about her faith in God in her memoir, The Meaning of Mariah Carey, which was released last year. She details how her faith saved her amid a breakdown in 2002.

It has also been well-documented that the Rev. Clarence Keaton helped Carey rebuild her life after losing her deal with Virgin Records.

In a 2016 interview on the Breakfast Club radio show, Carey’s ex-husband Nick Cannon noted that the singer made him wait until marriage to have sex. Cannon also says that Carey is “deep into the Bible.”