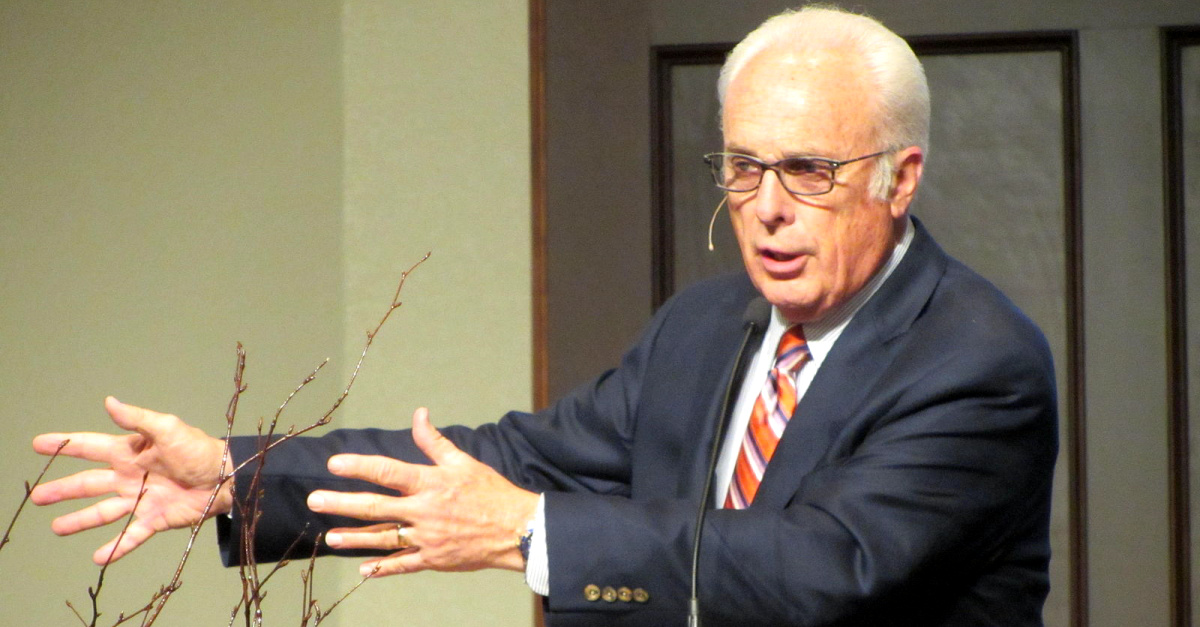 Pastor and author John MacArthur is urging pastors in the United States and Canada to preach a sermon on January 16 on the “biblical view of sexual morality” to protest a new Canadian law that bans conversion therapy.

The law, known as Bill C-4, makes it a crime to cause “another person to undergo conversion therapy,” which it defines as a “practice, treatment or service designed to” change a person’s sexual orientation or gender identity. The preamble to the new law says conversion therapy is based on the “myth that heterosexuality, cisgender gender identity, and gender expression that conforms to the sex assigned to a person at birth are to be preferred over other sexual orientations, gender identities and gender expressions.”

MacArthur posted an open letter to “ministers of the gospel,” urging them to join in solidarity with Canadian pastors in preaching a sermon on sexual morality on January 16. MacArthur’s letter included a message from a fellow Canadian pastor asserting it is now “against the law to preach, teach, or counsel regarding God’s design for marriage and sexuality” in Canada.

“Our united stand will put the Canadian and the U.S. governments on notice that they have attacked the Word of God,” MacArthur wrote. “We are all well-aware of the evil power and destructive influence of the homosexual and transgender ideology. Our government is bent on not only normalizing this perversion, but also legalizing it, and furthermore criminalizing opposition to it.”

MacArthur referenced 1 Corinthians 6:9-11, which says, “Or do you not know that the unrighteous will not inherit the kingdom of God? Do not be deceived; neither the sexually immoral, nor idolaters, nor adulterers, nor effeminate, nor homosexuals, nor thieves, nor the greedy, nor drunkards, nor revilers, nor swindlers, will inherit the kingdom of God. And such were some of you; but you were washed, but you were sanctified, but you were justified in the name of the Lord Jesus Christ and in the Spirit of our God.”

“Our calling as gospel ministers,” MacArthur wrote, “is to preach the truth, confront sin, and call all men to repentance and obedience to the gospel – the good news that achieves soul conversion and saves sinners from eternal wrath. …

“If we all stand strong in this conviction together, the governmental forces of evil will be put on notice that divine love and sovereign grace compel us to be faithful to proclaim radical transformation at any cost. This world system and its human governments will gladly send people to hell, but our calling is to rescue people with the truth (2 Timothy 2:24-26).”