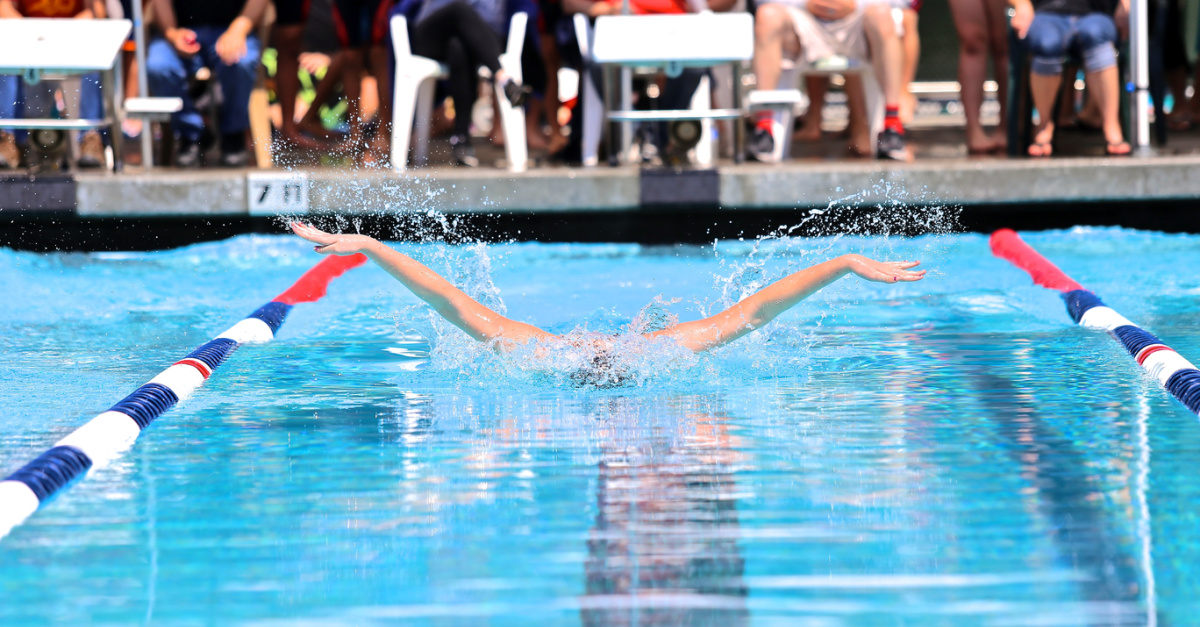 University of Pennsylvania’s Lia Thomas on Thursday became the first transgender woman to win an NCAA championship with an overpowering performance in the final heat of the women’s 500-yard freestyle, sparking controversy across the ideological spectrum by those who say Thomas has an unfair advantage.

Thomas, a biological male who identifies as a woman, swam for the Penn men’s team for three years, including during the 2019-20 season, which included a victory in the men’s 500 over Villanova.

But Thomas then began hormone suppression and started to compete for the women’s team.

On Thursday – two years after competing on the men’s team – Thomas was an NCAA champion in the women’s 500-yard freestyle in Atlanta, winning with a time of 4:33.24, more than a full second over second-place finisher Emma Weyant of Virginia (4:34.99). Weyant won a silver medal at the 2020 Olympics.

In the split-second world of swimming, such a gap in time is considered dominant.

Although Thomas was able to compete due to NCAA rules, critics said the performance showed that transgender women maintain many of the physical advantages of men.

Swimming World ran a scathing editorial by its editor-in-chief, John Lohn, blasting the NCAA. Lohn called it a “joke” with “biological women as [the] punchline.”

“The problem is that the NCAA’s guidelines were based on outdated science and didn’t account for the advantages of Thomas undergoing male puberty and significant testosterone production,” he wrote. “A 6-3 frame. Greater natural strength. Larger hands and feet. Enhanced lung capacity. None of these edges, for the record, can be fully mitigated.

“Years down the road, Lia Thomas’ name will be listed as the titlist of the 500 freestyle at the 2022 NCAA Championships,” he wrote. “There should be an asterisk next to her name. Meanwhile, the NCAA will be remembered for turning its back on biological women and producing a competitive environment that was anything but legitimate.”

Lohn argued that the switch from male to female is the only thing that allowed Thomas to win.

“Want proof? In the 200 freestyle, Thomas was ranked in the mid-500s among men. She entered the NCAA Champs ranked No. 1 among women,” Lohn wrote.

Tennis legend Martina Navratilova, a supporter of most LGBT causes, also criticized Thomas’ inclusion. Navratilova came out as a lesbian during the 1980s.

“It’s not about excluding transgender women from winning ever,” Navratilova told News Nation. “But it is about not allowing them to win when they were not anywhere near winning as men. … But right now, the rules are what they are. Maybe put an asterisk there if [Thomas] starts breaking records left and right.”

USA Swimming adopted news rules due to the controversy over Thomas. Under the new rules, a transgender woman must have a testosterone level of “less than 5 nmol/L” continuously for at least three years. Additionally, a three-person panel comprised of independent medical experts will determine if the transgender athlete has a “competitive advantage” over biological women based on “prior physical development of the athlete as a male.”

“Wait, Thomas beat an Olympic SILVER MEDALLIST to the title?” tweeted British Olympian Mara Yamauchi. “So we are all supposed to believe that an average male, who couldn’t even make it into the top 500 student rankings, is a better athlete than a female who nearly won the Olympics?”

Wait, Thomas beat an Olympic SILVER MEDALLIST to the title? So we are all supposed to believe that an average male, who couldn’t even make it into the top 500 student rankings, is a better athlete than a female who nearly won the Olympics?