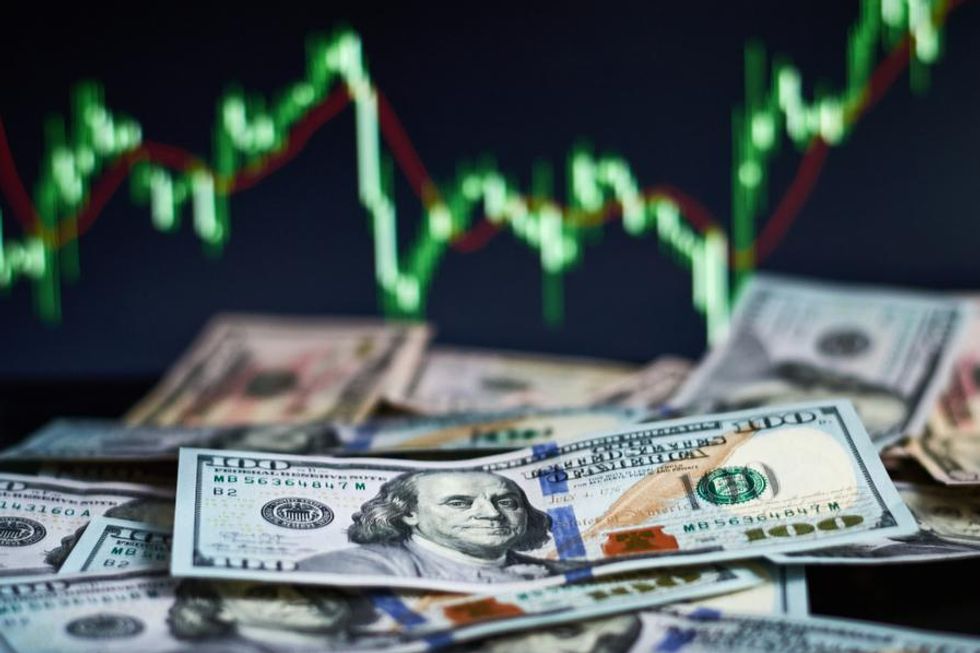 The gold price trended upward in the second week of the new year, nearly reaching the US$1,830 per ounce mark at some points during the period.

The metal had slipped a little lower by Friday (January 14) afternoon to rest at about US$1,815.

I heard from Nick Barisheff of BMG Group after the news, who reminded investors that official statistics don’t always tell the full story — for example, if inflation was calculated the way it was in 1980, it would be at 15 percent.

“Although 7 percent is the highest in a very long time, if you calculate inflation the way it was calculated in 1980, the inflation rate would be 15 percent. So in real life it’s much higher than what the official statistics (show)” — Nick Barisheff, BMG Group

Producer Price Index information shared Thursday (January 13) shows US wholesale prices rose 0.2 percent in December, which is lower than expected; however, the index was up 9.7 percent over the course of 2021.

With gold in mind, we revisited a previous Twitter poll this week. We learned in December that most of our followers think the metal will surpass US$2,000 in 2022, so we followed up by asking when it could happen. By the time the poll closed, nearly 40 percent of respondents had voted for Q2.

I also want to take a brief detour into uranium, which has come into the spotlight already in 2022 due to the situation in Kazakhstan. The country is the world’s top producer of the commodity, and unrest has raised questions about whether supply from Kazatomprom (LSE:KAP) could be affected.

When events were first unfolding I heard from Lobo Tiggre of IndependentSpeculator.com, who as usual offered a measured take, saying that there had been no confirmation of any impact on Kazatomprom.

He also noted that he’s bullish on uranium even if Kazatomprom’s supply stays steady.

“(Regardless of what happens with Kazatomprom), I still think that this is the year that we start seeing new long-term contracts signed at significantly higher uranium prices, which will be a game changer” — Lobo Tiggre, IndependentSpeculator.com

This week, the partially state-owned company shared an update, confirming that its assets have indeed been operating without interruption; Kazatomprom is currently more concerned about COVID-19-related supply chain disturbances than it is about disruptions related to what’s been happening in the past couple of weeks.

“Although the more serious near-term supply chain risks specifically related to recent events did not materialize, the pandemic-related supply chain challenges remain a concern, and may impact both production and cost expectations in 2022” — Kazatomprom

I want to finish with a quick note on INN’s outlook content. At the end of every year, our reporters reach out to experts in the many industries we cover, from gold to lithium to cannabis and more. We then compile the information these market watchers share to give our audience a look at the year ahead.

This week we published outlooks for lithium and palladium, two very different markets. Analysts have referred to the 2020s as the “lithium decade,” and so far that’s proven to be accurate — in 2022, market watchers are calling for demand to outpace supply for the battery metal, helping prices stay elevated.

In terms of palladium, after seeing prices decline in 2021, commentators have suggested that the metal’s path this year will be partially determined by vehicle sales, which have been dampened by the semiconductor shortage.