This is the one-hundred-eighty-seventh lesson in author and pastor Mel Lawrenz’ How to Live the Bible series. If you know someone or a group who would like to follow along on this journey through Scripture, they can get more info and sign up to receive these essays via email here.

“He will be great and will be called the Son of the Most High. The Lord God will give him the throne of his father David, and he will reign over the house of Jacob forever; his kingdom will never end.” Luke 1:32-33 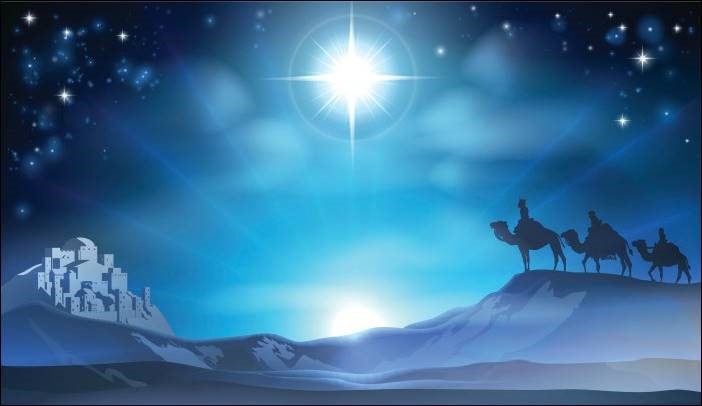 Christmas represents a beginning that makes sense only if we comprehend the end. The beginning is a child—a humble birth in an earthy stable. But the end… The end is an explosion of divine glory bright enough for the whole world to see—like the birth of a new star. The end is a kingdom. Jesus came to forward the kingdom of God, to open people’s eyes to the power of God, to make it the central reality of their lives. “His kingdom will never end.”

Now contrast Jesus’ approach with King Herod’s, a man who sought to protect his kingdom by trying to eliminate any potential rival to his throne. What Herod didn’t understand was that by killing all of the baby boys in Bethlehem, he was not protecting his kingdom but showing its weakness and fearfulness. In the wake of God’s kingdom and power, all human power is simply water dribbling through cupped hands, no matter how steadfast the grasp.

The kingdom of Christ is different; it will never end. There is no rival to his authority, though unbelievers will always abound. There is no one sitting at the right hand of God except Christ. No other authority was present when the earth was created, nor will there be one when the final judgment comes.

Christmas is a celebration of the coming of a kingdom. Powerful. Life-changing. Overwhelming. Don’t ever think that Christmas is a way for us to wrap up God in a package, put a bow on it, and keep the whole thing under our control. It’s not a way for us to avoid God except during those extra-special religious seasons.

The first Christmas was the arrival of a King. Rulers from the east knew it, so they came to present him with gifts. King Herod knew it, which is why he ordered all the baby boys in Bethlehem to be killed. It is the Battle of Bethlehem, the beginning of a war in which the King of kings is intent on taking back territory that belonged to him all along, and sweeping people like us into a new benevolent kingdom.

Dear God, help me to live these days with a knowledge that you are reigning in this broken world as King. Your kingdom come, your will be done, on earth as it is in heaven.

[If you believe this series will be helpful, this is the perfect time to forward this to a friend, a group, or a congregation, and tell them they too may sign up for the weekly emails here]

Mel Lawrenz (@MelLawrenz) trains an international network of Christian leaders, ministry pioneers, and thought-leaders. He served as senior pastor of Elmbrook Church in Brookfield, Wisconsin, for ten years and now serves as Elmbrook’s teaching pastor. He has a PhD in the history of Christian thought and is on the adjunct faculty of Trinity International University. Mel’s many books include Spiritual Leadership Today: Having Deep Influence in Every Walk of Life (Zondervan, 2016). See more of Mel’s writing at WordWay.