From Sweden to Sierra Leone, cities are turning the climate crisis into an opportunity for happier, healthier living, reports Martin Wright

It’s a cracking song – a 1960s anthem to hedonism – and no surprise that it’s been an ‘earworm’ going through my head this morning, as I wrestle with a jammed blind, trying to create some paltry shade for my desk as the mercury soars towards the 40s.

And if that sounds all too familiar, it could seem relatively cool in the not so distant future. Rather masochistically, you may think, I’ve been reading predictions of how summers in the city could get a lot hotter, and not in a good way, as the climate spins out of control.

What caught my eye, though, was not the familiar warnings of what life in a 50-degree city might be like (borderline impossible, basically). Rather, I was struck by the sheer range of responses that cities across the world are starting to put in place to cool the streets. Responses that don’t just turn down the urban thermostat, but that make life sweeter for their people in the here and now.

Sometimes a few cans of white paint can make all the difference. That’s the lesson from Ahmedabad, in the Indian state of Gujarat. A clean white roof reflects 80 per cent of the sun’s heat, compared to just 20 per cent for a (typical) grey one.

So as part of its heat action plan, conceived with the US-based Natural Resources Defense Council, the city helped residents in low-income neighbourhoods to clean and coat their roofs with reflective paint, and the results speak for themselves.

“Since we painted the house,” said one, “we don’t feel that hot any more. We feel relaxed, the house feels cool. Our electricity bills are also reduced.”

This simple solution is matched with more sophisticated ones, such as personalised WhatsApp warnings triggered when a heatwave looms.

Painting buildings white is one way of dialling down the heat. Image: Clark Van Der Beken

Where Ahmedabad’s opted for a white-out, Medellín is bringing in the green. Once notorious as Colombia’s cocaine capital, its future reputation could rest on a series of imaginative responses to the climate crisis. These include planting ‘green corridors’ along roads and waterways, providing shady paths for pedestrians and cyclists. Already, this has cut temperatures on busy thoroughfares by 3 degrees Celsius. And it’s had a healing impact on communities, too, with people who had suffered years of violence coming together to be trained as city gardeners.

Spurred on by the UN Environment Programme’s Cool Coalition, other cities are catching the chill. Sierra Leone’s ambitious effort to increase vegetation by 50 per cent. Milan is targeting 3m new trees as part of its 2030 goal of cutting temperatures by 2 degrees C. And Melbourne’s putting urban reforestation at the heart of its plans to reduce the soaring demand for energy-guzzling air conditioners in Australia.

Meanwhile Athens, the European city most threatened by the climate crisis, is regreening its hills, which were famed for their forests in classical times; restoring wastelands as nature parks; and installing fountains to cool the air in the city’s famous squares. Temperatures in Omonia Square, below the Acropolis, have already fallen by 4 degrees C as a result. 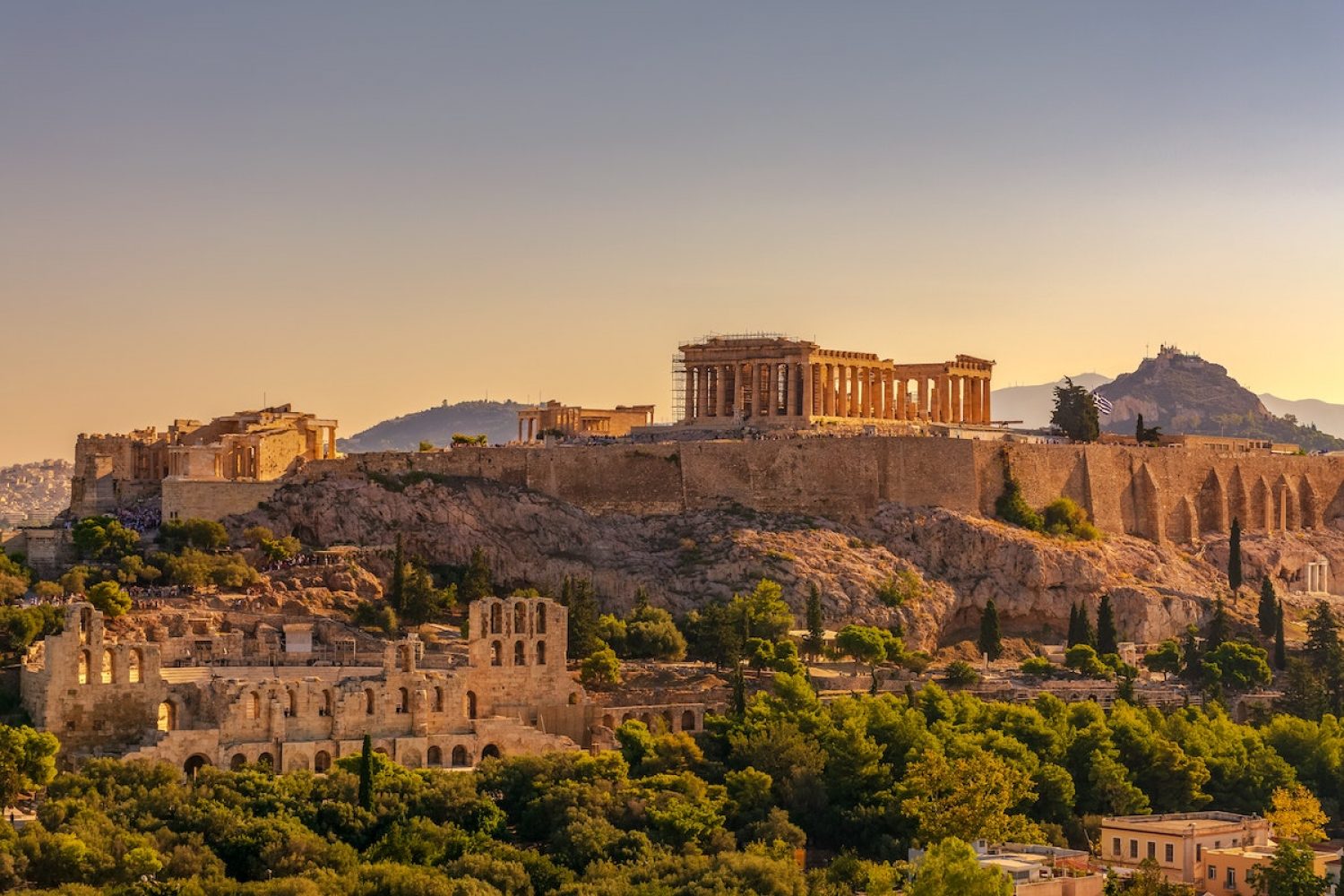 Athens is regreening its hills in response to climate change. Image: Constantinos Kollias

In cooler, cloudier Britain, the climate crisis means floods as much as heat. The key here is to soak up water as it falls, so absorbing the force of any flood and slowing its pace, by making our city landscapes less like a smooth sheet of concrete and more like a sponge.

In London’s Hammersmith, regeneration specialist Groundwork has worked with the borough council to ‘spongify’ the environment of three housing estates. Cue green roofs for apartment blocks, ‘renaturalised’ surfaces in place of concrete, and new growing beds. Some 20 residents have been employed as green team trainees, while retrofitting energy-saving (and money-saving) kits in homes has helped win their support.

Winning local hearts and minds is key to a scheme in the Swedish city of Gothenburg, too. Dubbed the country’s rainiest city, it has wrestled for years with too much water in the wrong places. Now it’s turning a problem into something playful, with a couple of ‘rain playgrounds’, including one at a local school. This makes a feature of a downpour, channelling it through the school yard, sending it sploshing into pools, before slowly seeping away into a marshland of puddles and stepping stones. It slows the flow to manageable proportions and, just as importantly, the kids love it.

Initiatives like these won’t cure cities of climate change on their own, of course. But they certainly help. And meanwhile, they make summer in the city a sweeter season altogether. Just not so hot. Not in a bad way, anyway.