Mining in Ontario is big business. In 2020, Ontario’s mining industry produced roughly C$10.7 billion worth of minerals, accounting for 24 percent of Canada’s total production value. The importance of the mining industry has helped create a mining-friendly jurisdiction that understands the value of capitalizing on its natural resources. That’s why the Fraser Institute has ranked Ontario among the top 15 jurisdictions worldwide for investment attractiveness.

Additionally, the Canadian government is making a significant push to ramp up the production of critical minerals, including copper, lithium, and aluminum. This push has resulted in more than 31 critical mineral projects in advanced exploration stages in Ontario. Companies targeting these critical minerals contribute to creating a domestic supply chain for the country, meaning offtake won’t likely be an issue. 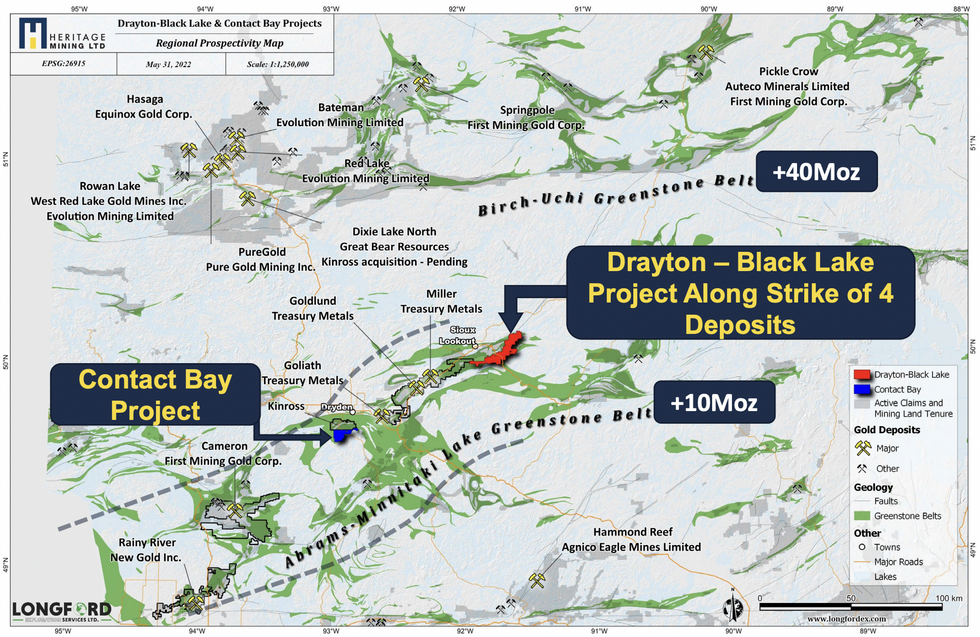 The Drayton-Black Lake project is a district-scale asset with a rich history, but a single company has never operated the entire area. Instead, it was split up among different operators and has never received systematic exploration to determine its mineralizations’ actual width and depth. As a result, Heritage Mining is launching the first systematic exploration program that will identify promising deposits throughout the entire area of this historic region from a low-grade high tonnage perspective.

CEO Peter Schloo stated in a recent webinar, “Relative to other projects in the area, we are very close to infrastructure. There is a paved highway through the property, all-weather logging roads, and well-maintained ATV roads. So it’s quite a bit different than other projects in Northern Ontario: there are no ice roads and we don’t have to fly in to do work.”

The company also operates the Contact Bay project containing high-grade copper-nickel mineralizations. The 4,700-hectare land package is within an active mining area and has known gold, nickel, and platinum-palladium mineralizations. While the Drayton-Black Lake project is the main focus, Contact Bay will expose the company to critical minerals. 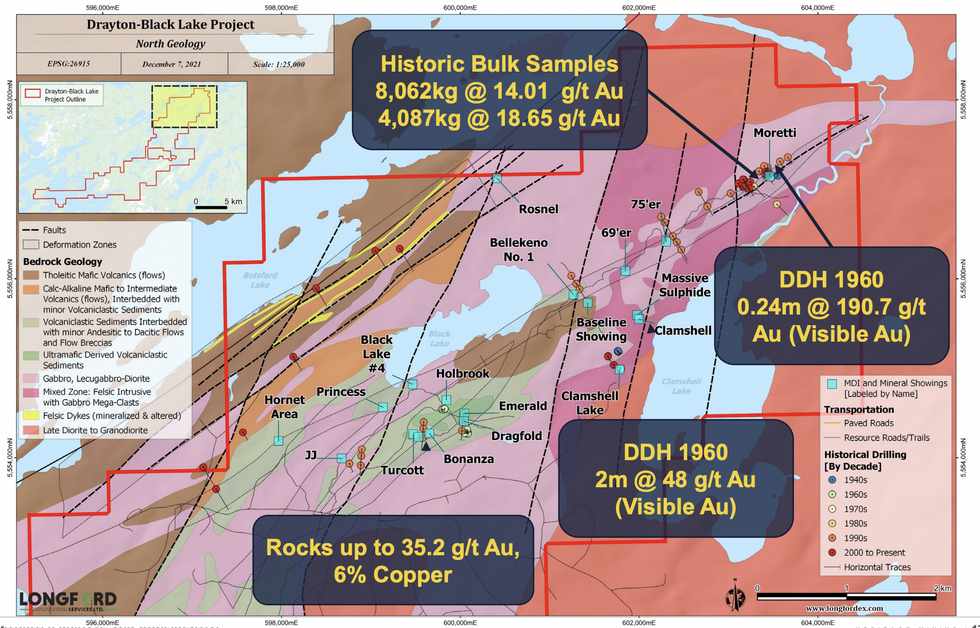 The 14,229-hectare project has received significant historical exploration with over 176 holes drilled that have discovered high-grade gold and copper. The project is located in a mature mining district in Ontario, a jurisdiction known for its low geopolitical risk and mining-friendly government. 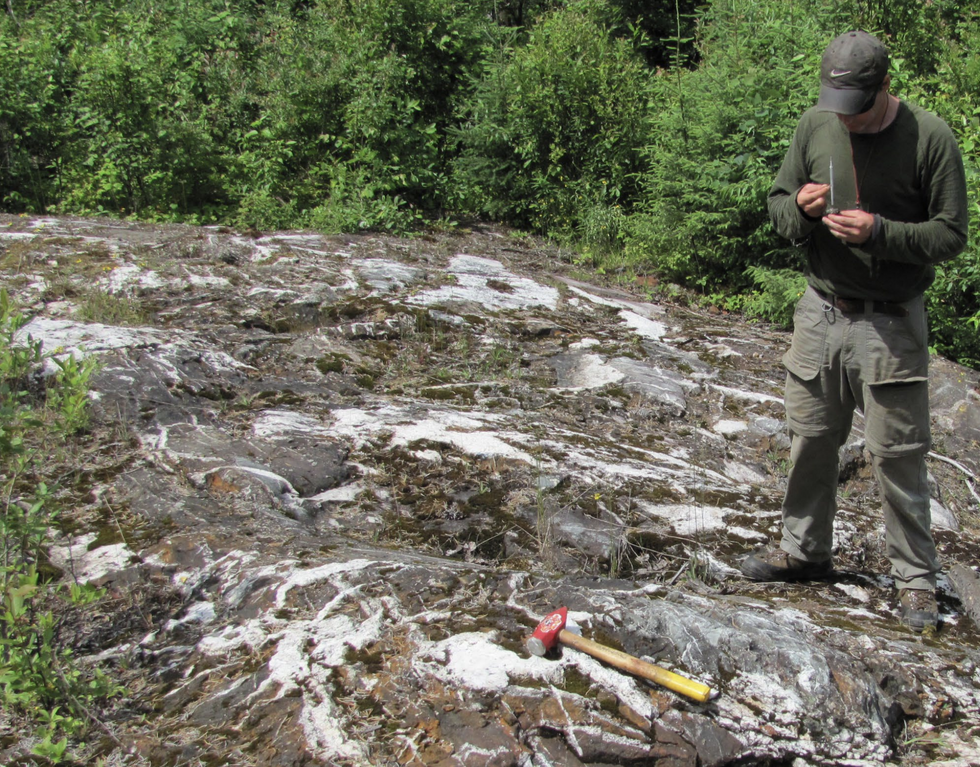 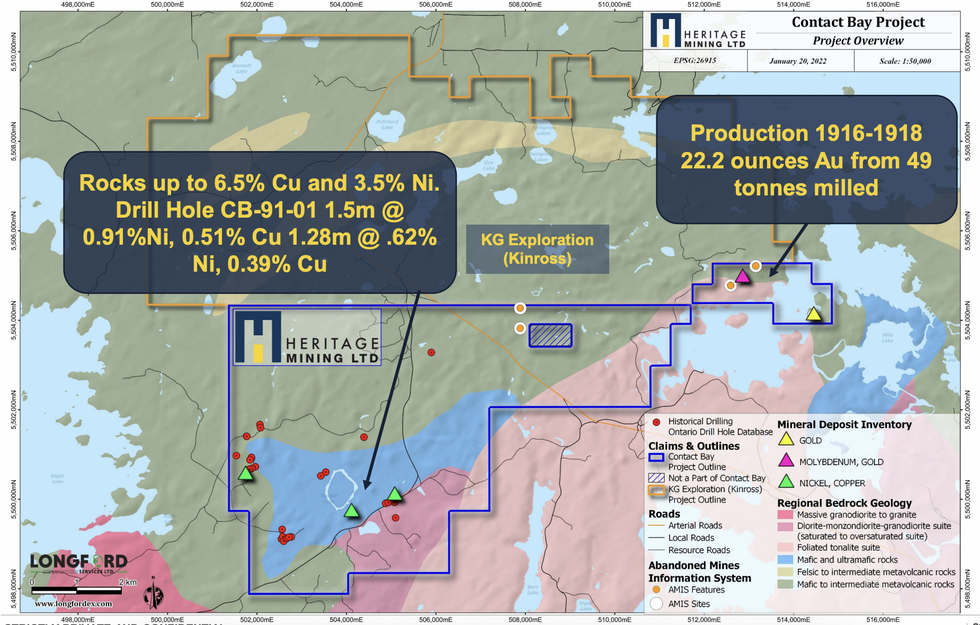 The project covers 4,700 hectares and contains multiple high-grade copper-nickel and gold occurances. Contact Bay is also located in the mining-friendly province of Ontario. The project is in the exploration phase and targets have been identified for exploratory drilling.

Peter Schloo holds the CPA, CA and CFA designations with over eight years of progressive experience in capital markets, operations and assurance. He has held senior Executive & Director positions in a number of private companies, a majority in the Precious Metals sector including CFO of Spirit Banner Capital Corp. and VP Corp Dev. and Interim CFO for Ion Energy Ltd. Schloo is also currently a Director of Pacific Empire Minerals Corp. (PEMC). His past successes include over C$80M in associated capital raising opportunities involving public and private companies.

Patrick Mohan is a 35-year investor relations veteran and is the founder, President & Chief Executive Officer of Mohan Group, Inc. Mohan is also on the board of Metals Creek Resources Corp. Previously he occupied the position of President, CEO, Director & Head-Investor Relations at Kitrinor Metals Inc. Mohan’s past successes include the development of the Cote gold Project and the sale of Trelawney Mining & Exploration to IAMGOLD Corp for C$585 million (US$595 million) in cash In 2012.

Wray Carvelas has provided 25 years of visionary leadership, developing and implementing ambitious strategic plans. As a Senior executive at DRA Global he was responsible for the growth and development of the business in both North and South America. The mandate was to grow business in the Americas, both organically and inorganically without any significant capital base. Carvelas also held positions at KBR, ELB, and De Beers, involving management of development, production, and metallurgical (R&D and capital management) responsibilities.

James Fairbairn is a Chartered Accountant with over 25 years of experience in corporate governance, leadership, mergers and acquisitions, corporate finance and management reporting. Fairbairn has served as a senior officer and/or director in both public and privately held companies.

Rick Horne has over 40 years of experience as an Economic Geologist. His experience includes senior roles with Acadian Mining (Atlantic Gold) as Chief Geologist and with Dufferin Gold Mine (Resource Capital Gold) as Chief Geologist and Mine Manager. Horne is an expert in lode gold systems, structural geology and geological mapping spending 22 years with NS Energy and Mines focussing on Bedrock mapping.

Mitchel Lavery has over 45 years experience in exploration and development of mining projects with a number of junior and major mining companies. Lavery was instrumental in the discovery of the Bell Creek Gold Mine in Timmins, ON; the development and operation of the Joubie Gold Mine, Val-d’Or, QC; and the acquisition and development of the Quebec Lithium property, Lacorne, QC. He is the President and a director of Seahawk Gold Corp. and is a Qualified Person under NI-43-101 regulations.

PrevPreviousWhat It Is & How to Build an Effective One
NextHow much money should you spend on a wedding ring?Next

Is SodaStream Cost Effective? We Did the Math for You

Is it cheaper to buy a SodaStream over canned seltzer water? The short answer: It depends on how much you drink. Chris Zuppa/The Penny Hoarder

The Colorado-based brokerage Kentwood Real Estate is launching a partnership with the proptech company zavvie to start a new iBuying program for homebuyers and sellers,

Debbie Millman on Creating a Life by Design