Fed Warns “Bidenflation” Could Turn Into Something Much Worse – Investment Watch 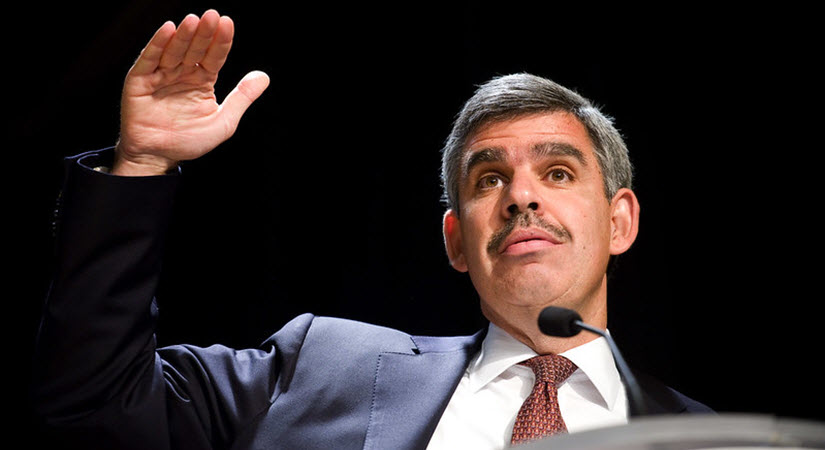 Year-over-year inflation hit 7.5%, and the cost of food, gasoline, and virtually all everyday purchases are noticeably more expensive than a year or two ago.

The last time we saw inflation at this level was 40 years ago, at the tail-end of the stagflation crisis. It’s starting to look like the U.S. is destined to relive that particular economic nightmare.


Zeroing in on stagflation

If an economy is stagnant, with flat or negative income and productivity numbers, while at the same time prices are going up, then you’re looking at stagflation.

In fact, data from the Atlanta Fed  says the U.S. is already there:

The Atlanta Fed does a nearly real-time evaluation of GDP, and they’re saying it’s now at 0.7% real. That’s about U.S. population growth, meaning the economy is, at the moment, at a standstill. Also known as stagnation.

Meanwhile, of course, inflation continues surprising on the upside —w ell, surprising Wall Street and the Fed, not necessarily surprising many of us — coming in last month at an annualized 8.0% for the month — a flaming 7.5% year-on-year.

Put those two together and you get stagflation—rising prices while the economy stagnates.

If the Atlanta Fed is right), things could end up being much worse.

El-Erian on stagflation: “The most worrisome outcome…”

Many economists agree that Powell’s Federal Reserve acted “too little, too late” in making any attempt to curb inflation. After all, they told us it was “transitory” for over half a year before finally admitting inflation was, in fact,” stubbornly, persistently high.” Their delayed response may have landed the U.S. economy in a heap of trouble.

According to Allianz Chief Economic Advisor Mohamed El-Erian, there’s a 40% chance “that economic growth is severely damaged by a late Fed that is forced into slamming on the policy brakes in response to persistently high inflation.”


In other words, because the Fed was so slow to organize a response against inflation, they’ll be forced to raise rates more quickly than the economy can handle. That could easily cause a recession. For example, Paul Volcker’s rate hikes that finally ended the stagflation of the 70s caused two recessions, one quite severe. Despite this, Volcker’s Fed stuck to their guns and took rates as high as 22% because they understood that, as bad as the medicine was, the disease was even worse.

Could Chairman Powell’s Fed bear to keep rates over 0% if the stock market fell? Can Powell stay the course and continue raising rates in the face of an economic recession?

El-Erian thinks not. And that very lack of determination to ignore the short-term pain necessary to rein in inflation, El-Erian fears Powell’s Fed will make things worse:

Stagflation is “the most worrisome outcome for livelihoods, financial stability and policy effectiveness.”

All the uncertainty “requires investors to anticipate more unsettling volatility and have a strong stomach for dealing with it (remember, many of the major investment mistakes occur at such times).” [emphasis added]

El-Erian finished an insightful Project Syndicate article with a sharp criticism and summary confirming the Atlanta Fed’s analysis that stagflation may be imminent:

The recent appearance of stagflationary tendencies serves as a timely reminder of the urgent need for comprehensive economic-policy measures. The faster such a response materializes, the greater the probability of anchoring economic recovery, social well-being, and financial stability.

We share El-Erian’s concern that Powell, confronting exactly the same situation that Paul Volcker overcame in the 1980s, will fail to use the “harsh medicine” of raising interest rates as Volcker did. It seems much more likely that Powell, who’s already waited too long to even try treating the ailing U.S. economy, will not only undermedicate, but will also throw the medicine away if his patient doesn’t like it.

Where does that leave us? Quite frankly, there doesn’t seem to be a best-case scenario:

By our assessment, three or four really bad years is the best we can hope for.

The good news is, history has some other lessons to offer us as well…

Gold has been here before

Over its 4,000-year history as money, it would be more surprising if gold didn’t have a stagflation track record.

The U.S. stagflation of the 1970s is the most recent example we can draw on. Oil shortages, high gas prices, skyrocketing inflation, high unemployment, and recession marked one of the worst economic periods in recent history.

The good news is, physical gold also rose about 13x in price during the same time period: 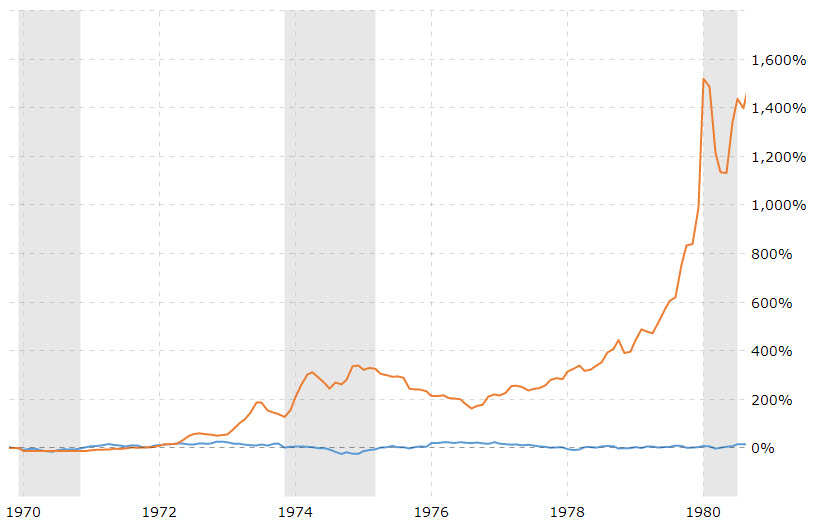 There isn’t a crystal ball that says physical gold prices will repeat the performance of our nation’s last bout of stagflation. Nor can we know how long this period of economic strife may last.

Regardless, now might be a good time to learn more about diversification with physical gold and silver. Once you educate yourself on their historical track record, you might find an allocation to physical precious metals would give you peace of mind even when the future gets bleak.

Consider learning how gold performs over time and the benefits of a well-diversified retirement savings plan to help secure a less-stressful, less-uncertain future.

PrevPreviousAre we on the edge of World War III?
Next15 Behaviors That Help You Have a More Abundant LifeNext