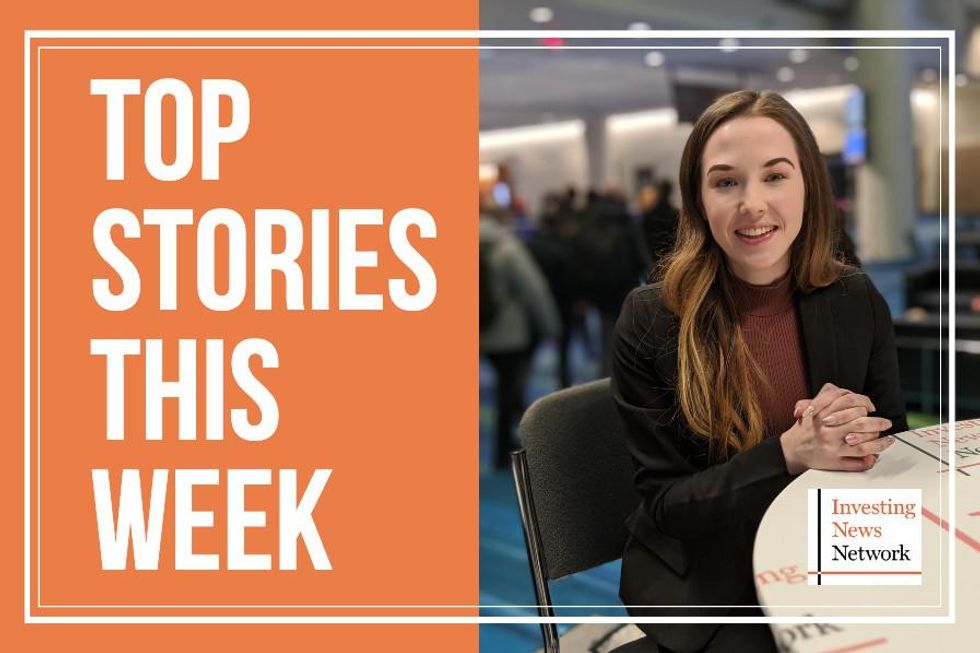 Gold put on a mixed performance this week.

After declining early on in the period, it turned around midweek and was just above US$1,800 per ounce at the time of this writing on Friday (December 17). Its highest level was around US$1,810.

The key event for gold this week was the US Federal Reserve’s last meeting of the year, which took place over two days on Tuesday (December 14) and Wednesday (December 15).

Market watchers have honed in on a couple of key points — first, the central bank indicated that it plans to speed up its bond-buying program, and second, projections show Fed officials believe there could be as many as three rate hikes in 2022. Those could be followed by two further hikes in both 2023 and 2024.

“The path of the economy continues to depend on the course of the virus. Progress on vaccinations and an easing of supply constraints are expected to support continued gains in economic activity and employment as well as a reduction in inflation. Risks to the economic outlook remain, including from new variants of the virus” — US Federal Reserve

After downplaying inflation earlier in the year, it’s clear the Fed is now changing its stance. But will its actions be enough? And will the Fed be able to follow the timeline it’s laid out? The experts I spoke to this week are skeptical.

Alain Corbani of Finance SA emphasized to me that although the Fed mentioned a faster tapering timeline and talked about three rate hikes next year, it has left room for flexibility and adjustments.

“If you listen carefully to Jerome Powell … he didn’t commit on those three (rate hikes in 2022). He just mentioned those plots — you know, everybody’s talking and wants to look at those dot plots. And those dot plots, yes, do mention three increases. But everybody knows those dot plots are not reliable” — Alain Corbani, Finance SA

For him, it’s clear that the central bank wants to move forward as planned, but he thinks the Fed’s careful language shows it’s making no promises.

I also heard from mining industry veteran David Garofalo, who was previously at the helm of Goldcorp and is now leading Gold Royalty (NYSEAMERICAN:GROY). He anticipates a gold price of US$3,000 in the next few months, largely based on the impact of money printing and inflation.

When asked if the Fed’s comments this week have affected his outlook, David said that in his view, inflation will continue to rise even if interest rates go up, and it will take time for excesses to come out of the system. He predicts that real rates will continue going “deeply into negative territory,” leading to an inevitable increase for gold.

Gold has been front and center this week, but for this week’s Twitter poll we wanted to take the temperature on silver. We asked our followers what range they think the white metal will reach in 2022. By the time the poll closed, most respondents had voted for above US$30 per ounce.

Finally, I want to finish with a quick note on INN’s outlook content. At the end of every year, our reporters reach out to experts in the many industries we cover, from gold to lithium to cannabis and more. In December, we compile the information these market watchers share to give our audience a look at the year ahead.

From now until the end of the month, I’ll be highlighting a couple of outlooks every week. This time around I’d like to point you in the direction of our copper and nickel outlooks. Both of these base metals put on strong performances in 2021, with copper even reaching a new all-time high. Experts remain optimistic about their paths in 2022, so if you’d like to learn more click the links to check them out!

35 Tips to Help Save Money on Your Next Road Trip

Cruising down the open road is a great way to get away from it all. Taking a road trip can be a cost-effective way to