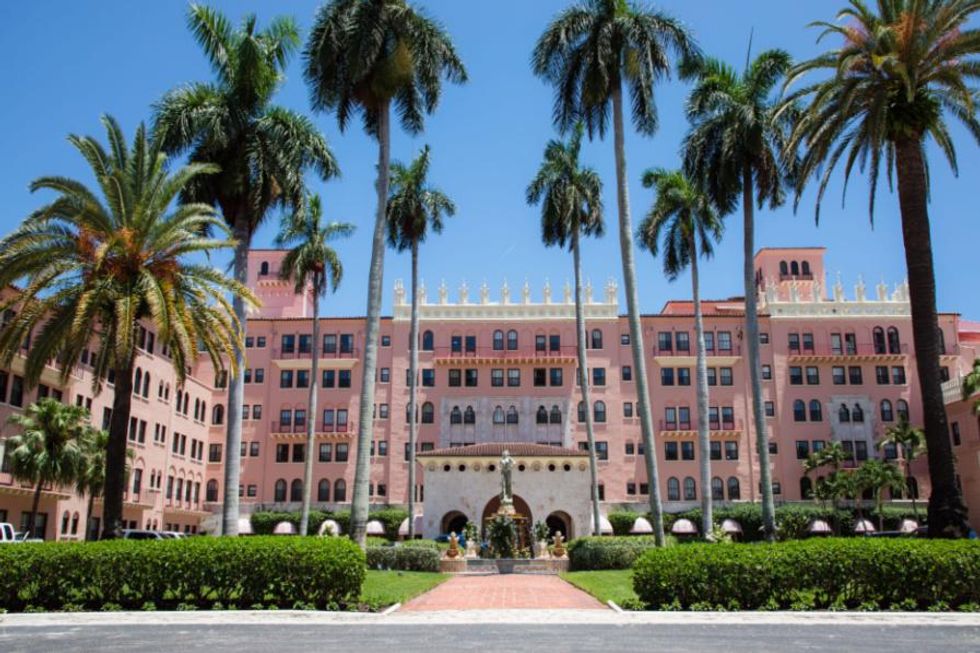 The four day event, which ran from July 26 to 29, featured numerous panels, presentations and discussions about the current commodities cycle and what is driving the equity markets.

There was also rigorous discourse regarding the mode, drivers and factors causing inflation, as well as how central banks like the US Federal Reserve are responding with interest rate increases.

Days 1 and 2: Bursting bubbles and banks

After a brief introduction and well-attended gala reception on July 26, symposium participants arose bright and early on July 27 to hear insights from leaders such as James Rickards.

Rickards, who is an economist and the editor of Strategic Intelligence, participated in the “Super Bubbles — Fact or Fiction?” panel, which also featured Rule, along with Grant Williams, podcast host and senior advisor to Matterhorn Asset Management, and moderator Albert Lu, founder of Luma Financial.

Offering context, Lu laid out shared definitions of bubbles and super bubbles: both are delineated by sigma variations — a unit of measurement used when talking about statistical significance — just in different quantities.

This sentiment was echoed by Rickards, who noted that bubbles are easy to see — due to the sigma variations — but hard to gauge in terms of when they will pop.

According to the well-known economist, there are three super bubbles at the moment: stocks, real estate and commodities. The panelists stressed that it could take as long as 25 years to recover following a bubble burst; however, good companies will be able to maneuver out of the uncertainty with more speed and agility.

The remainder of the morning included talks from Ross Beaty, chair emeritus of Pan American Silver (TSX:PAAS,NASDAQ:PAAS) and Equinox Gold (TSX:EQX,NYSEAMERICAN:EQX). He used his time to highlight the value of gold, saying its long track record validates its position as a store of value.

“I just think gold is kind of like a coiled spring today,” he said. “It’s just got this amazing, intrinsic value. And that intrinsic value is going to be more realized (in the) near future.”

Beaty’s gold-focused presentation was followed by an introduction to Battle Bank, a new financial institution being launched by Rule alongside Frank Trotter and Vincent Amato, two of the men behind EverBank, launched in 1994.

Designed to be a “better bank” and scheduled to officially launch in early 2023, Trotter told symposium attendees that Battle Bank will function as a national community bank with low overhead.

“The US banking industry — the Bank of America (NYSE:BAC), Wells Fargo (NYSE:WFC), Chase (NYSEAMERICAN:CCF), the Charles Schwab (NYSE:SCHW) — the US banks are keeping US$53 billion a year of your money,” Trotter said.

“Because (US banks) have to operate branches, they have to do all this other business that they do. And the branches are really there so they can sell high-markup products, like variable annuities and things like that, to people wandering in aimlessly off the street.”

Danielle DiMartino Booth took to the stage early on July 28 as the day’s keynote speaker; fittingly, her appearance came the day after the latest interest rate hike from the US Federal Reserve.

DiMartino Booth, an outspoken critic of Fed Chair Jerome Powell, outlined the impossibility of Powell’s insistence that the Fed can steer a soft economic landing.

“Yesterday we had what the market certainly interpreted as being another Powell pivot,” DiMartino Booth told the crowd. She added that the Fed has a decision to make: it can either beat down inflation or combat the recession.

“We can’t do both. And I think that that’s what we have to focus on,” she said.

The founder and head of Quill Intelligence concluded her address by underscoring the correlation between the rising stock market and interest rate increases.

“Every single time the stock market goes up, he’s like, ‘That’s another really big rate hike,’” she said. “And that’s what people don’t understand is the irony of risky assets going up means you’re buying one more rate hike, which percolates through the economy with a lag — but we’re seeing it.”

Later in the morning, DiMartino Booth sat on the “Taming Inflation — What Will it Take?” panel with Dr. Nomi Prins, David Stockman and Rule.

Dr. Prins, a financial expert and author, sees the current market as an opportunity to buy resource positions, particularly in energy. “What we saw yesterday is the Fed is looking at what’s going on in terms of the real parts of inflation that are driving that core number up and driving the headline up, which is all related to energy,” she said.

Stockman, who served as director of the office of management and budget under US President Ronald Reagan, warned of the precarious position the Fed now finds itself in due to the US$88 trillion in debt the country holds.

“The Fed has no choice except to keep tightening, because inflation is far more deeply embedded, and it’s going to last a lot longer up in (the 8 to 9 percent) range than anybody’s expecting today,” Stockman said.

“And as a result of that, the economy is going to buckle big time. And then we’re going to find out that this party we’ve been having for the last 20 to 30 years was not practical.”

Inflation was also discussed separately by Rickards the previous day — he explained why interest rate hikes may not be enough to reverse its effects, noting that inflation comes from different sources.

“The supply side of inflation that’s called ‘cost push,’ (where) oil prices go up, food prices go up, transportation costs go up … and those costs are pushed into the economy.” The other type of inflation Rickards described as “demand pull,” stemming from the demand side of the economy. Here consumers “get an inflationary mindset” that prompts them to make large purchases now in order to avoid paying more for the same item later.

As Rickards noted, currently, we are in a “cost push” inflationary regime driven by the high cost of energy, food, transport and so on. The economist and editor went on to say that while we have not seen “demand pull” inflation, we certainly could, and it is “something worth watching very closely.”

The Investing News Network conducted video interviews with a slew of the symposium’s expert speakers on the penultimate day of the event — click here for the YouTube playlist.

The last day of the conference began with an address by Rule, who paid his respects to Lukas Lundin, the mining tycoon who founded the Lundin Group. Lundin passed away on July 26 after a long battle with brain cancer.

During his eulogy, Rule recounted the many times Lundin played an instrumental role in his life.

The hour-long discussion was highlighted by each legend recounting their entrance into the mining sector, as well as how their projects and paths have intersected over the years.

Friedland was also on hand following the panel for the final keynote address of the symposium, where he underscored the important role the resource sector plays in the world’s goals of mass electrification.

The four day event concluded with a boisterous exploration panel discussion during which jurisdiction was a key focus. Panelists agreed that a company’s management team and track record are of the utmost importance. However, that means little if the project is in an inhospitable or geopolitically unsafe jurisdiction.