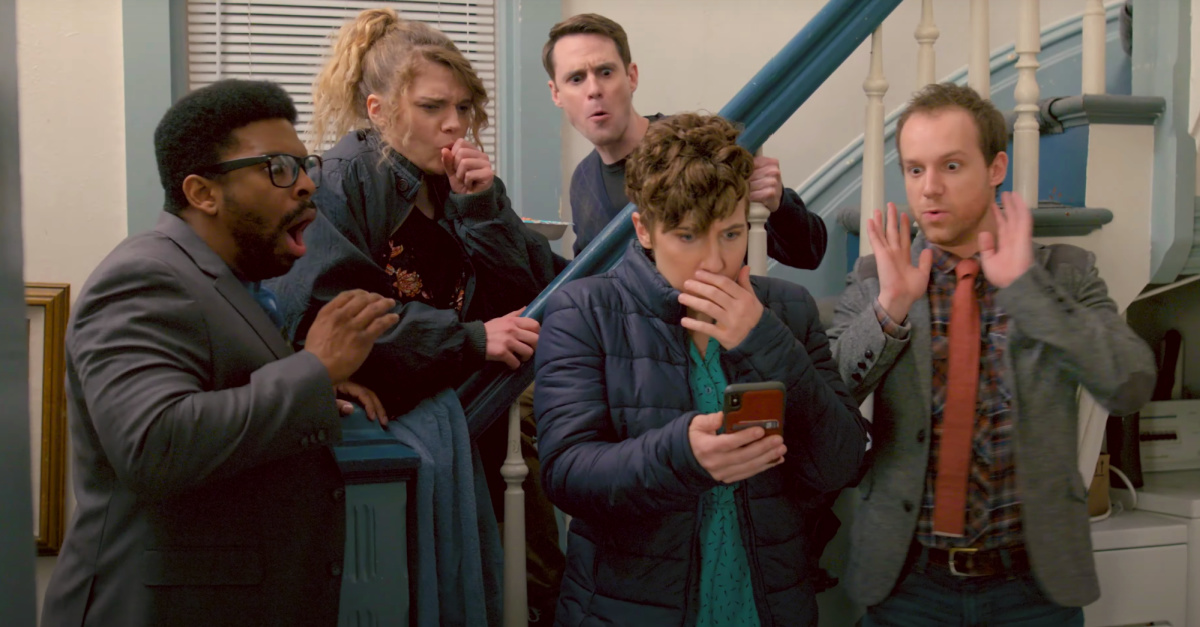 Actress Natalie Madsen and her filmmaking friends at JK! Studios started with a simple goal: to make a television comedy that was so clean that a grandmother could watch it alongside her 10-year-old grandchild – and that was so good that both would come back for more.

The result was Freelancers, a streaming comedy series about best friends that was made on a shoestring budget but nevertheless tallied 7 million YouTube views for its first season, which debuted in 2019.

Fan reaction was so positive, in fact, that JK! Studios partnered with Angel Studios to raise money for a second season – and subsequently tallied more than $1 million.

The plot follows five quirky friends trying to run their own video production company. Or, in the words of the series’ IMBD description: “five broke friends trying to make it as filmmakers one stupid job at a time.”

Madsen – a veteran of the sketch comedy Studio C – stars in the series and serves as an executive producer. Studio C is known in the viral video world as the creators of “Top Soccer Shootout Ever with Scott Sterling” – a video that has garnered 84 million views and depicts a goalie continually blocking penalty kicks with his face.

“Sometimes, the term clean comedy or family-friendly comedy has a negative [connotation], or it equates to not good or not funny – like a Disney Channel show with a really bad laugh track,” Madsen told Christian Headlines. “I think when most people hear those terms, they don’t feel inclined to watch. But that’s what it is – it is family-friendly. And it actually is really funny.

“We really love the model of Pixar, where they make just good stories,” she said. “And the fact that kids relate to it is great. And the fact that parents don’t want to gouge their eyes out when they’re watching it is even better.”

The goal of Freelancers, Madsen said, is to have the “feel-good friendship” element of Parks and Recreation and the “quick and witty” humor of 30 Rock – with jokes “packed” tightly into the plot to promote rewatch value.

“We think that those are the best shows,” she said. “You just watch those episodes all the time over and over again and you find something new.”

Freelancers is the brainchild of Mallory Everton, another Studio C alum. She stars in it and is a co-writer and executive producer.

Essentially, Freelancers mirrors the life of the Studio C alums – but in a “very silly and weird” way, Madsen said.

“The basis of the show is really about friendship – and friends taking on the world together,” she said. “And that, of course, rings true with our creative group, because that’s been our story for the last decade.

“And for us, just because of or standards, we’re not going to swear. We’re not going to have innuendo. But we’re still writing things that we think are funny. We never sat down and said, ‘Let’s make a kid-friendly show.’ We just said, ‘Let’s make a show we would want to watch with our family’ – and that’s what we try to do. The intent was just, let’s put something funny out into the world, and the fact that families can watch it together makes us so so happy.”

Should I Sue My Financially Toxic Ex-Boyfriend for $100K?

Dear Penny, Is it worth my time and effort to take my former boyfriend/roommate to small-claims court?  We met in 2008. In 2010, his restaurant