Easter and the Importance of the Physical Resurrection of Christ 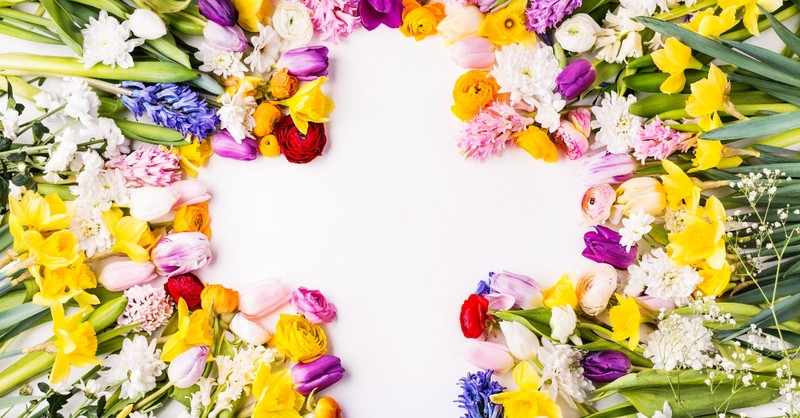 Jesus’ resurrection is the focus of Easter. Each year, we remember the empty tomb and the significance of Christ rising from the dead. Believers recognize the importance of the resurrection as central to the faith because, without the resurrection, the gospel message would be incomplete.

However, because of erroneous views from cult groups, we need to ensure that we are specific in how we teach others about the resurrection of Christ.

One of the main cult groups that deny the physical resurrection of Jesus is the Jehovah’s Witnesses. Around the time of Easter, we might encounter Jehovah’s Witnesses who are promoting “the memorial,” which they observe around this time.

Instead of closing our doors or avoiding these people, we should seek to tell them about the good news of Jesus’ death, burial, and physical resurrection.

Because the physical resurrection of Christ is central to our faith, we must be able to defend it against the false accusations of Jehovah’s Witnesses in a way that lovingly points to the truth of the gospel.

Jehovah’s Witnesses and the Resurrection of Christ

Jehovah’s Witnesses teach that Jesus was not resurrected bodily. Instead, they believe he appeared to the disciples as a spirit creature. Since Jehovah’s Witnesses believe that the soul ceases to exist at death, they would assert that Christ as a man also ceased to exist.

To explain the empty tomb, they claim that Jesus’ body either rapidly deteriorated in the tomb or was taken away by God. In their reasoning, Jesus only appeared to have a body to convince the disciples that He had risen.

This cult has no basis for any belief or teaching of the future resurrection of mankind because, according to them, Christ was not raised.

To support their claim, the Jehovah’s Witnesses attempt to use Bible verses but do so incorrectly. The following passages are the major ones used as evidence for their claims: Acts 13:34; 1 Peter 3:18; 1 Corinthians 15:45-46; and 2 Corinthians 5:16.

The Scriptural Meaning of ‘Spiritual Body’

In contrast to the Jehovah’s Witnesses’ erroneous teachings, the Bible tells us that Jesus was physically raised from the dead. Scripture uses the term “spiritual body” to refer to the contrast between the “natural” body and the resurrected body (1 Corinthians 15:44).

Since Jesus is the firstfruits of the resurrection, we know that the natural body that dies is transformed into an imperishable, perfect, eternal body (1 Corinthians 15:20, 44-49). Hence, the Bible uses the term “spiritual body” to refer to the imperishable quality of the resurrected body.

1 Corinthians 15:45 states that “the first man Adam became a living being;’ the last Adam, a life-giving spirit.”

Jehovah’s Witnesses use this verse to support their belief that Jesus was “raised” as a spirit creature with qualities like angelic beings. However, in context to the rest of the passage, their interpretation has no basis.

Just as a seed has continuity to the plant it grows into, yet appears differently, so also it is with the resurrection. As 1 Corinthians 15:37-38 says, “And what you put in the ground is not the plant that will grow, but only a bare seed of wheat or whatever you are planting.

Then God gives it the new body he wants it to have. A different plant grows from each kind of seed” (NLT). When Christ was resurrected, He rose to life in His physical body, but it was transformed into an eternal body.

Likewise, we will also receive a physical, eternal body at the resurrection, which will never decay or perish.

Furthermore, Christ was not a ghostly spirit when He appeared to the disciples. His same body that died was the one that was raised to life on the third day after His crucifixion and death.

In Luke’s recorded account, Jesus addresses this topic directly: “See my hands and my feet, that it is I myself. Touch me, and see. For a spirit does not have flesh and bones as you see that I have” (Luke 24:39, ESV).

The disciples touched the wounds on Jesus’ hands, feet, and side, which proved that He had a physical body (John 20:27).

Unlike the assertion of cult groups, Jesus was alive in His imperishable body, fully man and fully God. Far from being a “spirit” or “ghost,” He was physically raised and will forever have this body as the exalted Lord.

As believers who are called to make disciples of all nations, we cannot settle with knowing the truth ourselves. We must proclaim this truth to others and defend it against attacks from false teachers.

During the Easter season, we may encounter the Jehovah’s Witnesses as they promote their observation of “the memorial.”

Instead of ignoring these people, we need to lovingly engage them with the truth of Jesus’ physical resurrection. It is also important for them to understand that Jesus is Yahweh (God) and that His death and resurrection are what saves us, not our deeds.

1. Stay focused. Jehovah’s Witnesses who come to your door are trained in the Watch Tower literature. They will try to pull you off on other topics, such as talking to you about the pagan basis for holidays like Easter.

Instead of getting caught up in discussing this topic, you need to stay focused on discussing the reason for Easter, which is Jesus’ physical resurrection.

2. Show them the inconsistency of their argument. If you ask them directly, they will claim to believe in the resurrection of Christ. However, as has been shown in this article, the Jehovah’s Witnesses deny the resurrection because they do not believe He was physically raised.

They claim He only appeared as a spirit creature. Show them, from Scripture, that Jesus was physically raised using key verses mentioned in this article (Luke 24:39; John 20:27).

Also, you can use their denial of Jesus’ physical resurrection to explain how they have no hope of a future resurrection since, according to them, Christ was not raised. How, then, can they expect to be raised in the future?

3. Lovingly present the gospel to them. When dealing with people caught in cults, it is easy to become frustrated. Feeling overwhelmed is a normal response because we want them to turn away from falsehood.

However, we must remember that we are not responsible for how they respond. Our job is to present them with the truth of the gospel and the main points of Christianity, such as the fact that Jesus is God, He became a man to die for our sins, He was physically raised to life on the third day, and that we can receive salvation by grace through faith in Him.

We should seek to proclaim these truths in a loving way that shows genuine concern for them. Even if they refuse to listen or try to argue, we can keep the conversation and relationship friendly by staying calm.

If they are open to the message, encourage them to place faith in Christ and invite them to visit you to talk more about the Bible.

The Basis of Our Faith

Christianity is based on Jesus’ sacrificial death and resurrection. As the Apostle Paul said, “If Christ has not been raised, your faith is futile; you are still in your sins” (1 Corinthians 15:17).

Based on this verse, Jehovah’s Witnesses have no hope because they do not believe that Jesus was physically raised from the dead. However, Christians do have hope. Because our Savior lives, we know that we will live with Him.

Since we know the truth and want others to receive the gift of eternal life, we should seek to proclaim the good news of Jesus’ death and resurrection to others.

Easter is an excellent time to talk to friends and neighbors about the gospel. We can also use this time to respond to Jehovah’s Witnesses who come knocking on our doors.

By presenting the truth of the Bible in a loving way, we can help show these people enslaved by a cult that Jesus, our Savior, and God, has already freely offered eternal life to all who believe in His death and physical resurrection. Our good works can never save us.

So, this Easter, may we reach out to those around us with the gospel, even if this means engaging in challenging conversations with people caught in cults, like the Jehovah’s Witnesses.

What Is More Important, the Death of Christ or His Resurrection?

What Do Jehovah’s Witnesses Believe?

What If There Was No Resurrection?