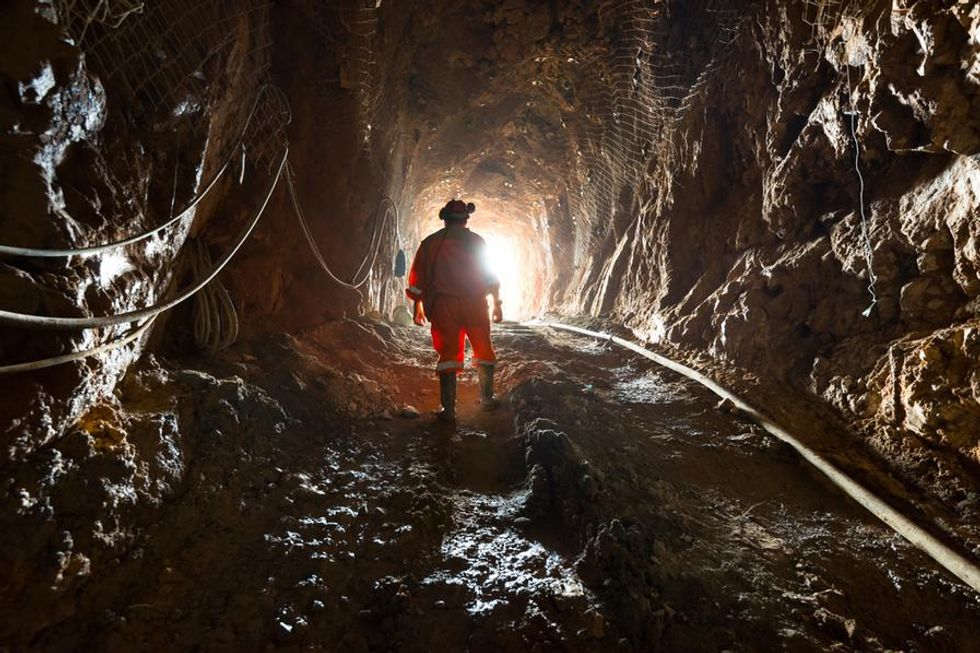 Copper prices have been on the rise since last year, reaching a fresh all-time high in early March at US$10,674 per tonne, partially on the back of concerns over low inventory levels.

In the short term, demand may rise in 2022, but still come in lower than supply. Top consumer China’s growth seems to be taking a pause, and supply for the red metal is forecast to increase, supported by a recovery in mine output, expansions and new projects expected to come online later this year.

Looking longer term, the picture gets tighter — almost half of global copper supply is used in construction, but demand from sectors like electric vehicles and energy storage has increased investor interest in the base metal.

With governments pushing for green energy transitions and carmakers committing to more electric models every year, future demand for copper is looking up. Read on to learn what expert see coming in 2022 and beyond.

Copper supply to increase ― but will it keep up with demand?

Since 2021, demand for copper has been increasing again as economies worldwide open back up following the strict restrictions imposed due to COVID-19. For many, the rebound in copper demand during the first quarter of 2021 was surprising, although the second half of the year was weaker than expected.

This year, demand for copper in China is forecast to slow down, in part due to problems in the real estate sector. Meanwhile, copper supply is expected to increase about 4 percent in 2022, according to Refinitiv data.

“While production guidance for some mines has been cut this year, the overall trend still looks to be quite strong this year, with mines such as Kamoa-Kakula in the Democratic Republic of Congo expanding much more quickly than previously anticipated,” Karen Norton, senior analyst at Refinitiv, told the Investing News Network (INN).

Similarly, CRU Group analysts are forecasting that copper mine supply will increase by 4.3 percent, helped by new projects and a recovery in production at Escondida, the world’s largest copper mine.

Analysts agree that the long-term future demand prospects for copper are bright. The base metal is an essential element needed as the world moves away from fossil fuels — as mentioned, the electric vehicle and energy storage sectors are at the forefront of the green energy transition.

According to the Copper Development Association, a conventional car uses around 18 to 49 pounds of copper, while in battery electric cars usage escalates to 183 pounds; for their part, battery electric buses use 814 pounds.

“With its significant use in solar photovoltaic panels, wind power generation and electric vehicle production, copper will be the key beneficiary of the energy transition,” S&P Global Market Intelligence said in December.

The firm forecasts that global copper demand from solar and wind energy generation will reach 852,000 tonnes in 2022, while the growing electric vehicle market will account for 1.1 million tonnes this year.

To put that into perspective, sales of electric vehicles almost doubled in 2021 compared to 2020 numbers, with Europe and China leading the surge in sales. In China, buyers took home 3.3 million new electric cars last year, while Europeans bought 2.3 million, according to BloombergNEF data. And although demand for electric vehicles could suffer hiccups, is not expected to slow down.

By 2030, analysts at Rystad Energy project that copper demand will outstrip supply by more than 6 million tonnes.

“A deficit of this magnitude would have wide-reaching ramifications for the energy transition as there is currently no substitute for copper in electrical applications,” they said in a note. “(However,) significant investment in copper mining is required to avoid the shortfall.”

CRU analysts are also expecting the copper market to start to move into deficit in the mid-2020s, with a structural deficit realized by the early 2030s ― unless there is additional mine investment.

“If there isn’t enough physical supply, then the price will need to rise to incentivize more mines to come online, and/or there will need to be demand destruction, with a switch to alternative materials or products simply not being manufactured, in the worst-case scenario,” Edwards said.

Norton echoed this sentiment, saying copper mine supply growth is forecast to start dwindling on a sustained basis from 2025. “We need to see more projects committed in the very near future,” she said.

Copper ore grades have been declining in the past few years, with operations currently performing at almost peak capacity levels. Also impacting future copper supply are a lack of new discoveries, along with COVID-19 lockdowns, geopolitical risk factors and environmental, social and governance concerns.

Commenting on possible risks for copper output, CRU’s Edwards said the main issue this year is that some of the big projects slated to start up in the second half of the year are delayed; what’s more, continued COVID-19 supply chain disruptions are possible.

“Geopolitical risk could be a factor in Peru this year, given the early year problems at Las Bambas,” he said. Chinese-owned Las Bambas supplies around 2 percent of global copper. “Longer-term concern is around fiscal changes in Peru and Chile ― and potentially other countries ― dissuading investment,” Edwards added.

Chile is the world’s largest copper producer, putting out 5.6 million tonnes of copper in 2021 and with reserves of 200 million tonnes. The value of copper exports in the country jumped more than 40 percent last year, according to Chile’s central bank, with copper shipments reaching US$53.42 billion for the period.

In December, left-wing candidate Gabriel Boric was elected as president of the copper powerhouse, and the news is increasing worries over the potential for higher taxes. Boric has also pledged for stronger environmental regulations in mining, and to kick off 2022, Chile started debating a proposed new constitution.

Meanwhile, Peru, the second largest copper producer, accounted for 2.2 million tonnes of global output last year. The Antamina, Cerro Verde and Las Bambas mines are responsible for about half of the country’s copper mine supply. According to Adrian Armas, the manager of economic studies with the Central Reserve Bank of Peru, soaring metal prices should allow the country to collect over US$1.62 billion in tax revenue in 2022.

At the end of 2021, Peru’s government, led by President Pedro Castillo, proposed to raise taxes on the mining sector by at least 3 percentage points, which the country’s mining chamber said could cost the country US$50 billion in future investments. Last year, Peru saw a 60 percent increase in mining tax revenue.

But political instability in the South American country is increasing ― Peru’s Congress recently approved the start of impeachment proceedings against leftist Castillo over allegations of corruption, which he has rejected.

Russia’s invasion of Ukraine has also seen worries over geopolitical risks for supply escalate. Russia accounts for about 4 percent of global output and is the second largest supplier of metal, cathode and rod after Chile.

“For base metals, Russian supply is not insignificant, but sanctions are most likely to cause changes in regional rather than global pricing,” Wood Mackenzie Vice President Robin Griffin said in a note. “Under most circumstances, China is likely to be able to take some of the material redirected from Europe.”

Another supply-side concern in recent months has been low inventory stockpiles held by major commodity exchanges, although a rebound seems to be underway.

“There has been some seasonal recovery in inventories in China, but typically exchange inventories draw through the final three-quarters of the year,” CRU’s Edwards said. “Inventories relative to consumption are expected to remain at a low level given the forecast market deficit.”

London Metal Exchange copper prices have been performing with volatility since the start of 2022, although they have been remaining above the US$9,000 per tonne level. On March 4, they climbed to a fresh all-time high of US$10,674, but have since pulled back and were trading at US$10,295 on March 21.