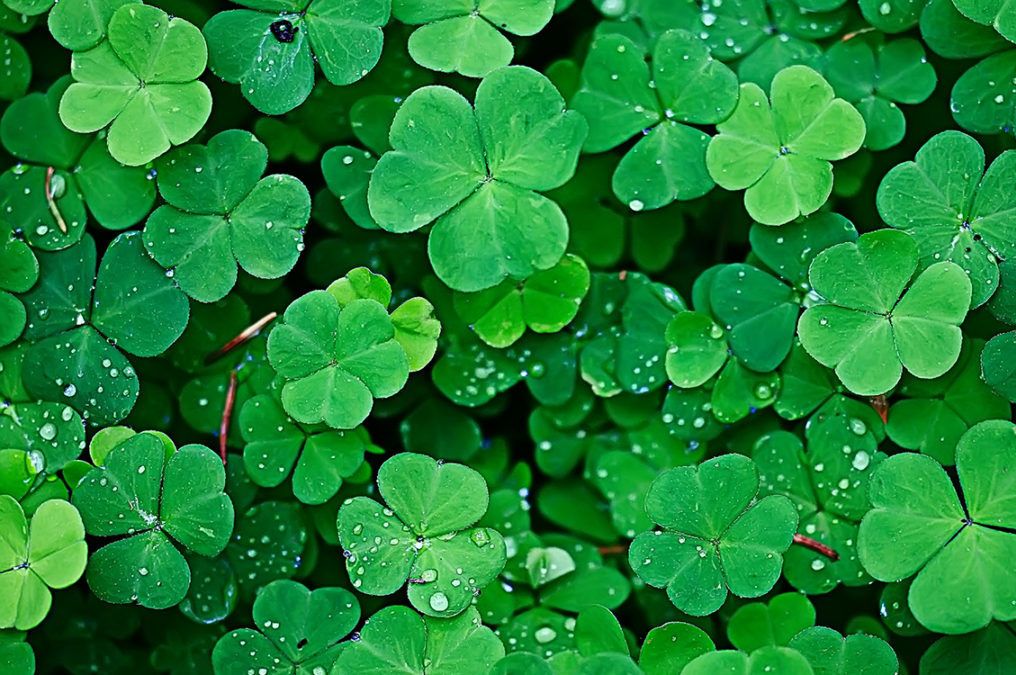 Which has lots of room for improvement.

Allow me to elaborate:

1. I led with action instead of alignment. First, I focused on getting seeds. They weren’t easy to come by last year, so I thought I’d get a jump on it and hit the nurseries early this year. When that didn’t pan out, I resorted to buying online. In bulk. From a seller I’ve never used before.

(How did I even know seeds were required? What if the existing clover would spread naturally, and didn’t even need me to spread more seeds? And how could I expect any actions to pay off that were sourced from resistance?)

2. I continued focusing on how to make it happen. When should I plant seeds, and how? How much water should I put down, and when should I begin? How militant should I be about keeping traffic off? I approached it from a pure muggle mindset instead of tuning into guidance after lining up with the desire.

3. I kept imagining it wouldn’t work. I dwelled on every problem I could think of instead of investing attention in the desired outcome. This despite the fact that I have successfully grown clover several years in a row.

4. I was attached to results. It became really important to me to get this right, and pretty stressful. It’s clover, for the love of God. But there I was, thinking about it when I couldn’t sleep at night. My happiness was definitely held hostage by the success of this project.

5. I was jealous of the neighbor’s effortless clover. She sent a picture of clover already growing in her yard! And she hadn’t even tried! She just “tossed a few seeds out in the snow” a while back and hadn’t watered or kept chickens away or thought about it at all.

6. I worried what others would think. Instead of focusing on my love for clover and all the reasons I wanted it in my yard, I entertained thoughts of neighbors who wouldn’t approve of the clover or the water it took to grow it. I worried they would think I was judging them for having a traditional clover-free lawn. Which I in fact was.

7. I judged those who wanted something else. We’ll just add that to the list that I thought everyone should want what I was doing, and they should really be educated about how lawns aren’t helpful to nature. (I didn’t say this was a pretty list.)

8. I was shortsighted in my desire. Was it really that I wanted clover? No, what I wanted was something deeper than that. Yet there I was focused on clover. Weighing it down with all the responsibility for my happiness and satisfaction. The clover was serving as a “how” as Mike Dooley would say (the “how” being a middle man of sorts) rather than focusing on the desire behind the desire.

9. I minimized/dismissed early results. When shoots started coming up in a small patch out back, I didn’t celebrate. I didn’t feel relief. (Well, maybe for two seconds.) I quickly went back to a worry habit, thinking what if that’s all that comes up, where’s the rest, why did it work here and nowhere else, etc.

11. I was making it all or nothing, like this was my only shot, instead of remembering that there is plenty of time for things to go my way. I could attempt a second crop this spring if I felt like it, and there’s always fall, and maybe the existing clover will spread its own self.

Does any of this sound familiar?

I spend a fair amount of time coaching clients out of their attachment, and worry habits, and action addiction, etc.

The reason I’m sharing is so you can see my ridiculousness and maybe use whatever resonates to improve your own manifesting process.

With the insights gleaned, I realized I was making it virtually impossible for clover to grow in the vibrational environment I’d created.

So I worked on cleaning that up by not making it so important, practicing trust in nature and the process, remembering I’ve been successful before and it’s way easier than I’ve been making it.

Mostly I’ve been willing to enjoy my yard regardless of what is or isn’t growing, and by deciding to be happy and enjoy this spring because I choose to. Clover or no clover.

And that is a manifesting tip worth following.