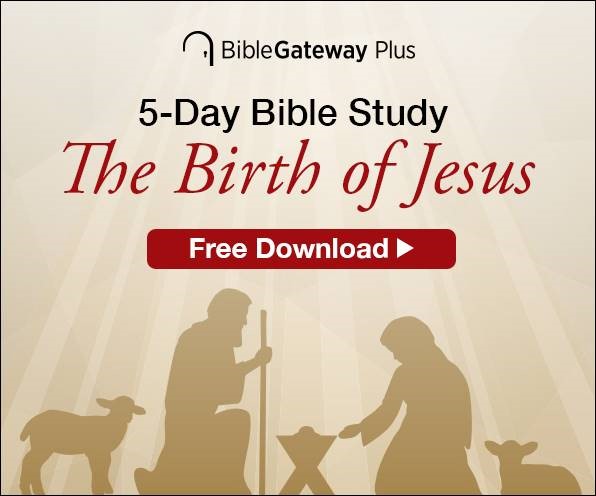 Following are Christmas scriptures that tell the story of the birth of Jesus from Old Testament prophecies to New Testament eye witnesses. You may want to read these to your family to understand the Bible’s complete Jesus Christmas story.

Therefore the Lord himself will give you a sign: The virgin will conceive and give birth to a son, and will call him Immanuel.

Behold, I will send my messenger, and he shall prepare the way before me: and the Lord, whom ye seek, shall suddenly come to his temple, even the messenger of the covenant, whom ye delight in: behold, he shall come, saith the Lord of hosts. But who may abide the day of his coming? And who shall stand when he appeareth? For he is like a refiner’s fire, and like fullers’ soap: and he shall sit as a refiner and purifier of silver: and he shall purify the sons of Levi, and purge them as gold and silver, that they may offer unto the Lord an offering in righteousness. Then shall the offering of Judah and Jerusalem be pleasant unto the Lord, as in the days of old, and as in former years.

As for you, Bethlehem of Ephrathah, though you are the least significant of Judah’s forces, one who is to be a ruler in Israel on my behalf will come out from you. His origin is from remote times, from ancient days. Therefore, he will give them up until the time when she who is in labor gives birth. The rest of his kin will return to the people of Israel.

The people who walked in darkness have seen a great light; those who dwelt in a land of deep darkness, on them has light shone. For to us a child is born, to us a son is given; and the government shall be upon his shoulder, and his name shall be called Wonderful Counselor, Mighty God, Everlasting Father, Prince of Peace. Of the increase of his government and of peace there will be no end, on the throne of David and over his kingdom, to establish it and to uphold it with justice and with righteousness from this time forth and forevermore. The zeal of the Lord of hosts will do this.

“Comfort my people! Comfort them!” says your God. “Speak tenderly to Jerusalem and announce to it that its time of hard labor is over and its wrongs have been paid for. It has received from the Lord double for all its sins.” Go up a high mountain, Zion. Tell the good news! Call out with a loud voice, Jerusalem. Tell the good news! Raise your voice without fear. Tell the cities of Judah: “Here is your God!”

It only takes a minute to create your own Bible Gateway free personal account and you’ll immediately upgrade your Bible Gateway experience. Do it right now!

Long ago God spoke to the fathers by the prophets at different times and in different ways. In these last days, He has spoken to us by His Son. God has appointed Him heir of all things and made the universe through Him.

During Elizabeth’s sixth month of pregnancy, God sent the angel Gabriel to a virgin who lived in Nazareth, a town in Galilee. She was engaged to marry a man named Joseph from the family of David. Her name was Mary. The angel came to her and said, “Greetings! The Lord has blessed you and is with you.”

But Mary was very confused by what the angel said. Mary wondered, “What does this mean?”

The angel said to her, “Don’t be afraid, Mary, because God is pleased with you. Listen! You will become pregnant. You will give birth to a son, and you will name him Jesus. He will be great, and people will call him the Son of the Most High. The Lord God will give him the throne of King David, his ancestor. He will rule over the people of Jacob forever. His kingdom will never end.”

Mary said to the angel, “How will this happen? I am a virgin!”

The angel said to Mary, “The Holy Spirit will come upon you, and the power of the Most High will cover you. The baby will be holy. He will be called the Son of God.

The birth of Jesus Christ happened like this. When Mary was engaged to Joseph, just before their marriage, she was discovered to be pregnant—by the Holy Spirit. Whereupon Joseph, her future husband, who was a good man and did not want to see her disgraced, planned to break off the engagement quietly. But while he was turning the matter over in his mind an angel of the Lord appeared to him in a dream and said, “Joseph, son of David, do not be afraid to take Mary as your wife! What she has conceived is conceived through the Holy Spirit, and she will give birth to a son, whom you will call Jesus (‘the Saviour’) for it is he who will save his people from their sins.”

All this happened to fulfill what the Lord had said through the prophet—‘Behold, a virgin shall be with child, and bear a son, and they shall call his name Immanuel’. (“Immanuel” means “God with us.”)

About that time Emperor Augustus gave orders for the names of all the people to be listed in record books. These first records were made when Quirinius was governor of Syria.

Everyone had to go to their own hometown to be listed. So Joseph had to leave Nazareth in Galilee and go to Bethlehem in Judea. Long ago Bethlehem had been King David’s hometown, and Joseph went there because he was from David’s family.

Mary was engaged to Joseph and traveled with him to Bethlehem. She was soon going to have a baby, and while they were there, she gave birth to her first-born son. She dressed him in baby clothes[d] and laid him on a bed of hay, because there was no room for them in the inn.

Now there were shepherds nearby living out in the field, keeping guard over their flock at night. An angel of the Lord appeared to them, and the glory of the Lord shone around them, and they were absolutely terrified. But the angel said to them, “Do not be afraid! Listen carefully, for I proclaim to you good news that brings great joy to all the people: Today your Savior is born in the city of David. He is Christ the Lord. This will be a sign for you: You will find a baby wrapped in strips of cloth and lying in a manger.” Suddenly a vast, heavenly army appeared with the angel, praising God and saying,

“Glory to God in the highest,
and on earth peace among people with whom he is pleased!”

When the angels left them and went back to heaven, the shepherds said to one another, “Let us go over to Bethlehem and see this thing that has taken place, that the Lord has made known to us.” So they hurried off and located Mary and Joseph, and found the baby lying in a manger. When they saw him, they related what they had been told about this child, and all who heard it were astonished at what the shepherds said. But Mary treasured up all these words, pondering in her heart what they might mean. So the shepherds returned, glorifying and praising God for all they had heard and seen; everything was just as they had been told.

Jesus was born in Bethlehem in Judea. This happened while Herod was king of Judea. After Jesus’ birth, Wise Men from the east came to Jerusalem. They asked, “Where is the child who has been born to be king of the Jews? We saw his star when it rose. Now we have come to worship him.”

When King Herod heard about it, he was very upset. Everyone in Jerusalem was troubled too. So Herod called together all the chief priests of the people. He also called the teachers of the law. He asked them where the Messiah was going to be born. “In Bethlehem in Judea,” they replied. “This is what the prophet has written. He said,

“‘But you, Bethlehem, in the land of Judah,
are certainly not the least important among the towns of Judah.
A ruler will come out of you.
He will rule my people Israel like a shepherd.’”

Then Herod secretly called for the Wise Men. He found out from them exactly when the star had appeared. He sent them to Bethlehem. He said, “Go and search carefully for the child. As soon as you find him, report it to me. Then I can go and worship him too.”

After the Wise Men had listened to the king, they went on their way. The star they had seen when it rose went ahead of them. It finally stopped over the place where the child was. When they saw the star, they were filled with joy. The Wise Men went to the house. There they saw the child with his mother Mary. They bowed down and worshiped him. Then they opened their treasures. They gave him gold, frankincense and myrrh. But God warned them in a dream not to go back to Herod. So they returned to their country on a different road.

So the Word became human and made his home among us. He was full of unfailing love and faithfulness. And we have seen his glory, the glory of the Father’s one and only Son.

For God so loved the world that he gave his only Son, so that everyone who believes in him may not perish but may have eternal life. Indeed, God did not send the Son into the world to condemn the world, but in order that the world might be saved through him.

But these are written that you may [come to] believe that Jesus is the Messiah, the Son of God, and that through this belief you may have life in his name.

This is the One who—imprinted with God’s image, shimmering with His glory—sustains all that exists through the power of His word. He was seated at the right hand of God once He Himself had made the offering that purified us from all our sins.

[Browse the Christmas section in the Bible Gateway Store] 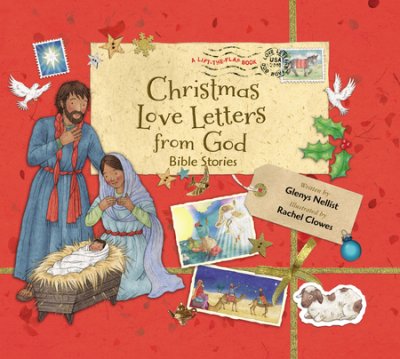 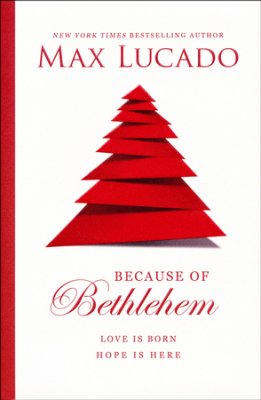 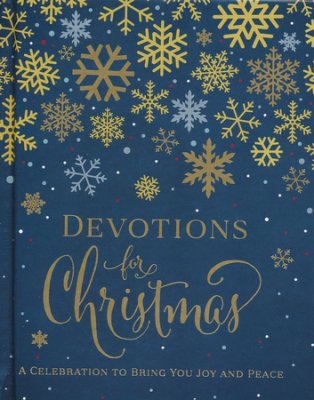 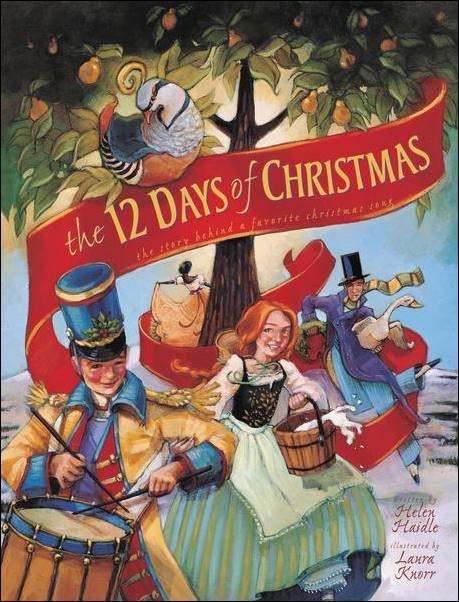 Try your 30-Day free trial today!
Expand your Bible reading experience using our valuable library of more than 40 top resources by becoming a member of Bible Gateway Plus. Get biblically wise and spiritually fit.

PrevPreviousWhat Do You See When You Look Inside Yourself?
NextThe Ultimate Google Ads Pacing Dashboard (Free Data Studio Template)Next

Is Robinhood Gold Worth It?

This article includes links which we may receive compensation for if you click, at no cost to you. When you start investing in the stock

Scottsdale Homes for Sale: Should You Invest?

Are you looking for investment opportunities in Phoenix metro area? Read on to learn why Scottsdale homes for sale may be the best choice. Table