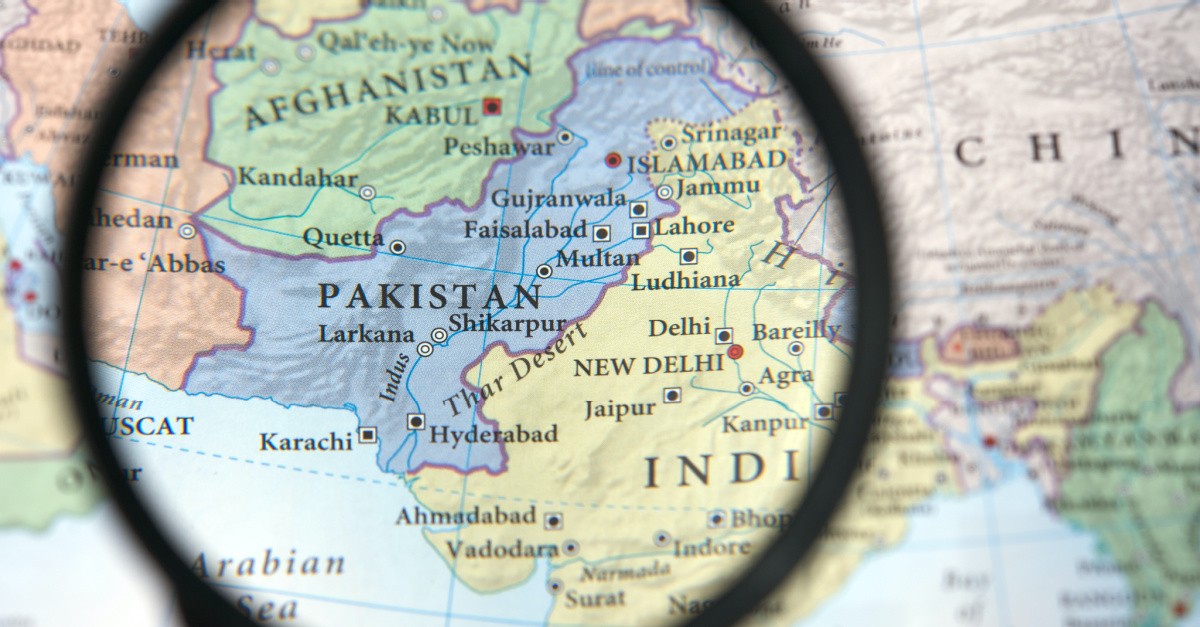 Zafar Bhatti, 56, who has languished in jail since 2012 after being accused of sending blasphemous text messages, received the death sentence on Jan. 3 from Rawalpindi Additional Sessions Judge Sahibzada Naqeeb when Bhatti’s new lawyer contested the conviction instead of filing for post-conviction bail, said Bhatti’s former lawyer, Tahir Bashir.

Bhatti had been handed the life sentence, which in Pakistan is 25 years, on May 3, 2017, under Section 295-C of Pakistan’s blasphemy laws against defaming Muhammad, the prophet of Islam. Bhatti is considered Pakistan’s longest serving blasphemy convict.

Bashir said that he had appealed Bhatti’s life sentence before Pakistan’s Supreme Court on Sept. 7, but “then a Christian advocacy group somehow convinced his wife to engage their lawyer to obtain bail from the trial court.”

“However, instead of seeking bail, the lawyer decided to argue against the conviction, resulting in the judge converting the life term into the death sentence, which is now the only punishment for charges under Section 295-C,” Bashir told Morning Star News.

Bashir said that he came to know of the change in legal representation when he went to meet Bhatti in jail in December.

“I told him that I had already moved an appeal in the Supreme Court against his conviction, but he told me that he had already signed the papers and wanted to take the chance for bail,” Bashir said. “It’s natural for someone who has been in jail for such a long time to get desperate for freedom, so I did not question his decision.”

After the Jan. 3 verdict, Bashir said he contacted Bhatti and asked what had happened.

“He told me that he and his wife were misguided by the new lawyer, and that he had contested the conviction sentence instead of moving the bail application,” Bashir told Morning Star News.

Judge Naqeeb on June 22 had upheld Bhatti’s conviction even though the prosecution presented new evidence that again failed to directly link the Christian with the alleged offense, Bashir earlier told Morning Star News. The Christian’s attorney said that during the initial trial, the judge was not satisfied with the evidence purported to incriminate Bhatti, so he had sentenced him to life imprisonment.

“I haven’t yet seen the written verdict, but it seems the prosecution managed to prevail over the court and got the sentence converted,” Bashir said. “Contesting the life term sentence in the Supreme Court would have been relatively easier, but now the case has become more complex.”

In another case, the Supreme Court on Thursday (Jan. 6) for the first time granted bail to a blasphemy suspect, in this case a Christian, Nadeem Samson, accused of posting blasphemous content on Facebook in 2017.

Bail has been granted to blasphemy suspects by a lower court, but Samson’s lawyer, Saif Ul Malook, told Morning Star News that it was the first time the top court had granted bail in such a case.

Courts routinely dismiss bail appeals of blasphemy suspects, Malook said, especially when charges are made under Section 295-C, where the punishment is death, a “non-bailable offense.”

There are instances where suspects in “non-bailable” offenses, including murder, can be granted bail under the third proviso of Section 497 (1) of the Code of Criminal Procedure, but when it comes to blasphemy, judges dismiss the appeals, Malook said.

“Section 497 of Code of Criminal Procedure states that if suspects have not been formally charged, the trial has not been concluded within two years and the delay is not due to the accused, they should be granted bail, Malook said.

“In Samson’s case, he has been languishing in jail for four years, but the defense has not been able to cross-examine the prosecution witnesses,” he said. “I told the three-member bench that judges get religiously prejudiced while hearing blasphemy cases, resulting in years-long suffering for the accused.”

Malook lauded a member of the bench, Justice Syed Mansoor Ali Shah, for understanding his argument and not letting “religious sentiments cloud his judgment.”

“I am quite hopeful that Justice Shah will set new standards of evidence and counter the rampant discrimination and bias that currently sullies the chances of justice for persons accused of blasphemy,” he said.

Malook said that Samson’s case is still pending in the Lahore District Court and could take years to complete.

“The defense team will now cross-examine the prosecution witnesses, which they hadn’t been able to do in the last two years,” he said.

In another unprecedented decision last year, a trial court judge in Faisalabad granted bail to two Christian nurses charged with “defiling the Koran.”

Nurse Mariam Lal and student nurse Nawish Arooj, arrested on April 9, received bail from a sessions court on Sept. 23. They were charged in Faisalabad under Section 295-B of the blasphemy law after a mob on April 9 strode into their workplace, Faisalabad Civil Hospital, and demanded “death to blasphemers”.

False accusations of blasphemy are common in Pakistan, often motivated by personal vendettas or religious hatred. The highly inflammatory accusations have the potential to spark mob lynchings, vigilante murders and mass protests.

The government’s failure to curb the misuse of the blasphemy laws is emboldening false accusers, church leaders say.

At a press conference on Tuesday (Jan. 4), senior bishops of the Anglican Church of Pakistan demanded additions to the blasphemy statutes to penalize false accusers.

“There is no deterrence against false accusations of blasphemy,” Bishop Azad Marshall, moderator/president of the Church of Pakistan. “We understand the sensitivity of the issue, which is why we are not seeking a repeal of the laws, but we do want the state to punish false accusers of blasphemy instead of putting the onus of prosecution on those falsely accused of the crime.”

He added that the Council of Islamic Ideology and the Islamabad High Court had also recommended giving false accusers the same punishment as those prescribed for blasphemy accused, but that the government had taken no action.

The U.S. State Department on Nov. 15 re-designated Pakistan as a Country of Particular Concern, a term used for states that commit or condone religious rights violations under the U.S. International Religious Freedom Act. Previously Pakistan had been added to the list on Nov. 28, 2018.

Pakistan ranked fifth on Christian support organization Open Doors 2021 World Watch list of the 50 countries where it is most difficult to be a Christian.

PrevPreviousLook what’s going to happen to Australia’s property markets over the next 40 years
NextClubhouse vs. Twitter Spaces (+ How Other Audio Platforms Match Up)Next