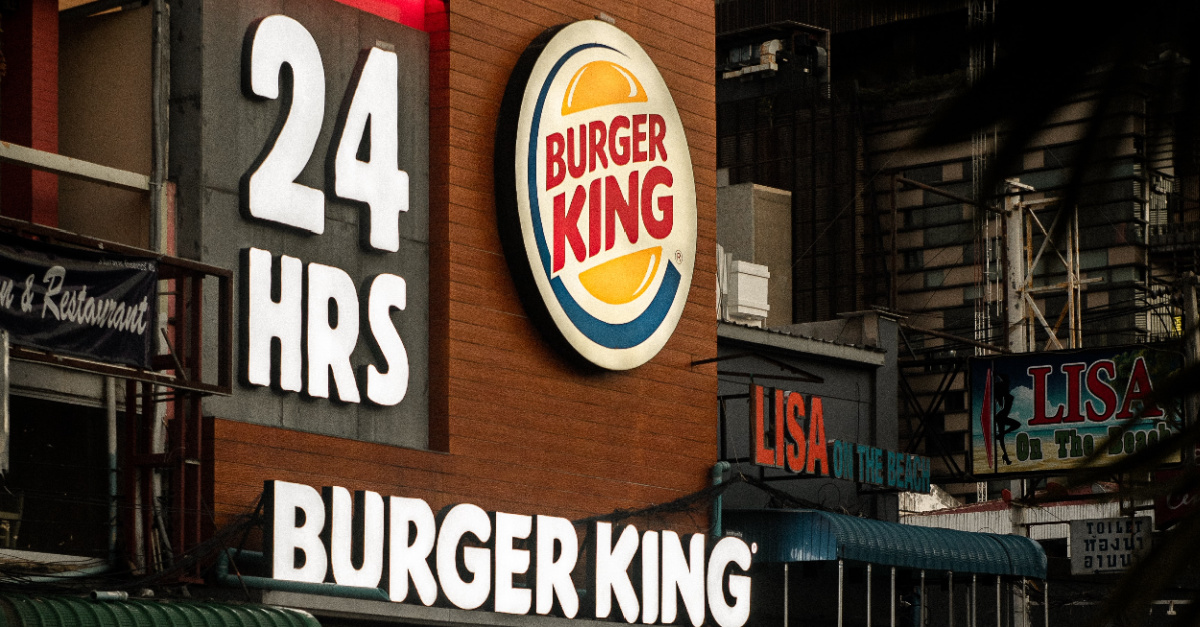 Burger King is apologizing after facing criticism from Roman Catholics in Spain for using Jesus’ words from the Last Supper to promote its new veggie burger.

“We apologize to all those who have been offended by our campaign aimed at promoting our vegetable products at Easter,” Burger King Espana posted on Twitter on Sunday. “Our intention has never been to offend anyone, and the immediate withdrawal of the campaign has already been requested.”

According to The Christian Post, the backlash came after Burger King launched a campaign in Spain advertising the veggie burger, called the Big King Vegetable. The ad campaign came just before Easter and Holy Week. The campaign included the phrase, “Take all of you and eat of it,” and said the burger did not have meat and was “100 percent vegetarian” with “100 percent flavor.”

The phrase is one used by Catholic priests at mass during the eucharist prayer to consecrate the Eucharist. The words were also the words Jesus said at the Last Supper before his death. He says, “Take this, all of you, and eat of it, for this is my body, which will be given up for you.”

In another ad, Burger King used the phrase “The Flesh of My Flesh” but crossed out the word “flesh” and replaced it with “vegetable.”

Spain is about 60 percent Roman Catholic.

“Apparently, the loss of culinary taste and the lack of respect for religious sentiments go hand in hand,” Bishop Jose Munilla of the Roman Catholic Diocese of Orihuela-Alicante tweeted.

A petition was also started on CitizenGo, which called on Burger King International CEO Daniel Schwartz to fire Jorge Carvalho, general manager of Burger King in Spain and Portugal. The petition said the ad campaign was an “offense to Christians.

“Not everything is good to sell, and the use of the words of Jesus Christ as a marketing tool in the midst of the commemoration of his death and resurrection is beyond acceptable,” the petition said.