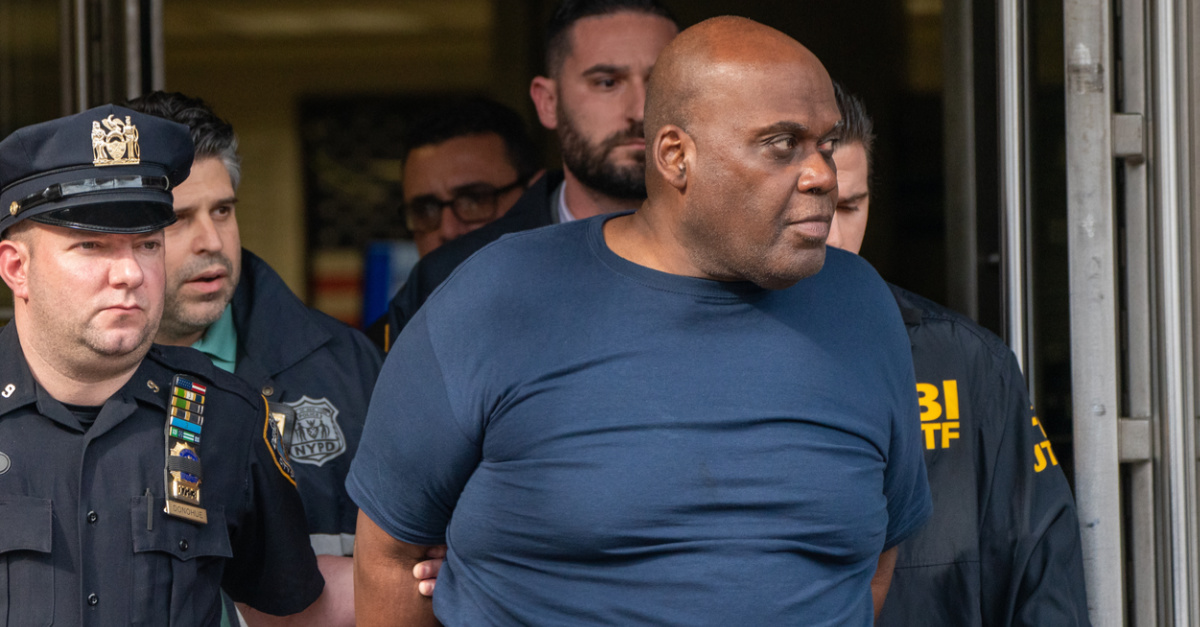 Frank James, who is believed to have carried out Tuesday’s mass shooting inside a Brooklyn, New York Subway car, is expected to face a judge on Thursday on terror-related charges.

James, 62, is accused of shooting 10 people and leaving 13 others injured after he deployed smoke bombs in a crowded subway car and then opened fire on the passengers Tuesday morning.

At the time, James was dressed as a construction worker and wore a gas mask as he entered the N train heading to 36th street.

After the train pulled into the station, James appears to have escaped the train by entering the R train stationed across the platform as passengers fled the train car where the shooting occurred. James then got off at the next stop and walked out onto the street.

On Wednesday, the gunman was arrested in NYC’s East Village following a 30-hour manhunt by city, state and federal law enforcement agencies.

CBS News reports that James turned himself in after calling a tip line to inform the police that he was at a local McDonald’s restaurant.

James was taken into FBI custody on Wednesday. Prosecutors argue that the attack was premeditated and constitutes an act of terror.

James, who was born and raised in the Bronx, lived in Milwaukee, Wisconsin.

James’ sister told the New York Times that her brother was a loner who moved around a lot.

In another clip, James is shown spewing racial profanities at people while walking down a New York street.

The attack is considered the worst mass shooting in NYC’s subway system history. If convicted, James could face up to life in prison.

PrevPreviousHow Rent Airbnb Works: A Complete Guide
NextWhat Is Compound Interest and How Does It Work?Next