Biden Backs Roe v. Wade in State of the Union: ‘Preserve a Woman’s Right to Choose’ 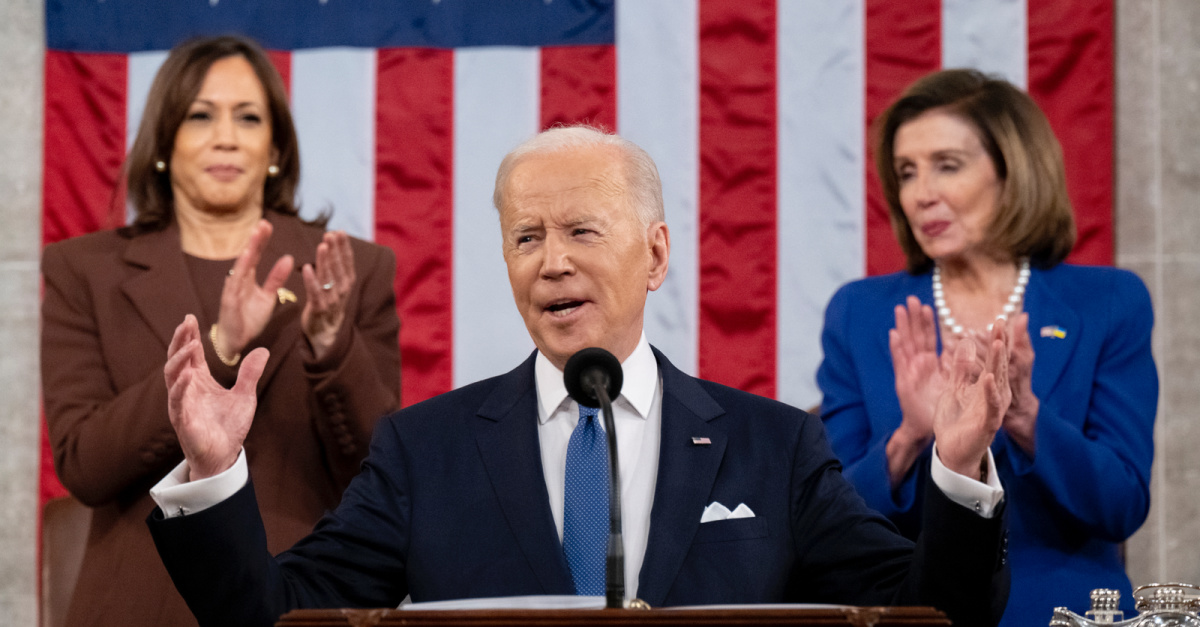 President Biden affirmed his support for legalized abortion and urged Congress to pass a controversial bill known as the Equality Act during a State of the Union Address Tuesday that also included multiple calls for bipartisanship.

It was the first State of the Union Address by a president to a full chamber of Congress since 2020, when former President Donald Trump spoke to legislators barely a month before the COVID-19 pandemic shut down the U.S.

Although much of Biden’s speech involved his proposals for the economy and the Russian-Ukrainian war, he also discussed hot-button social issues.

“Advancing liberty and justice,” he said, “requires protecting the rights of women.”

“The constitutional right affirmed in Roe v. Wade, standing precedent for half a century, is under attack as never before,” he said. “If we want to go forward – not backward – we must protect access to health care, preserve a woman’s right to choose, continue to advance maternal health care for all America.”

Nope, nope got it wrong. Protecting life is protecting women. Sit the heck down. #SOTU

Biden also urged Congress to pass the Equality Act, a bill that would place sexual orientation and gender identity alongside race in the nation’s anti-discrimination laws.

“The onslaught of state laws targeting transgender Americans and their families is simply wrong,” Biden said.

The bill has several contentious elements, including a requirement that would force schools to allow biological boys who identify as girls to play on girls’ teams.

Religious liberty groups warn it would infringe on religious liberty. That’s because the text of the bill forbids individuals from using the Religious Freedom Restoration Act of 1993 to sue based on claims within the Equality Act. That 1993 law, signed by President Clinton, prevents the government from “substantially burdening a person’s exercise of religion.”

“The ‘Equality Act’ offers no protections for religious freedom,” Alliance Defending Freedom said in an analysis.

Although the House passed the Equality Act last year, the bill has not passed the Senate.