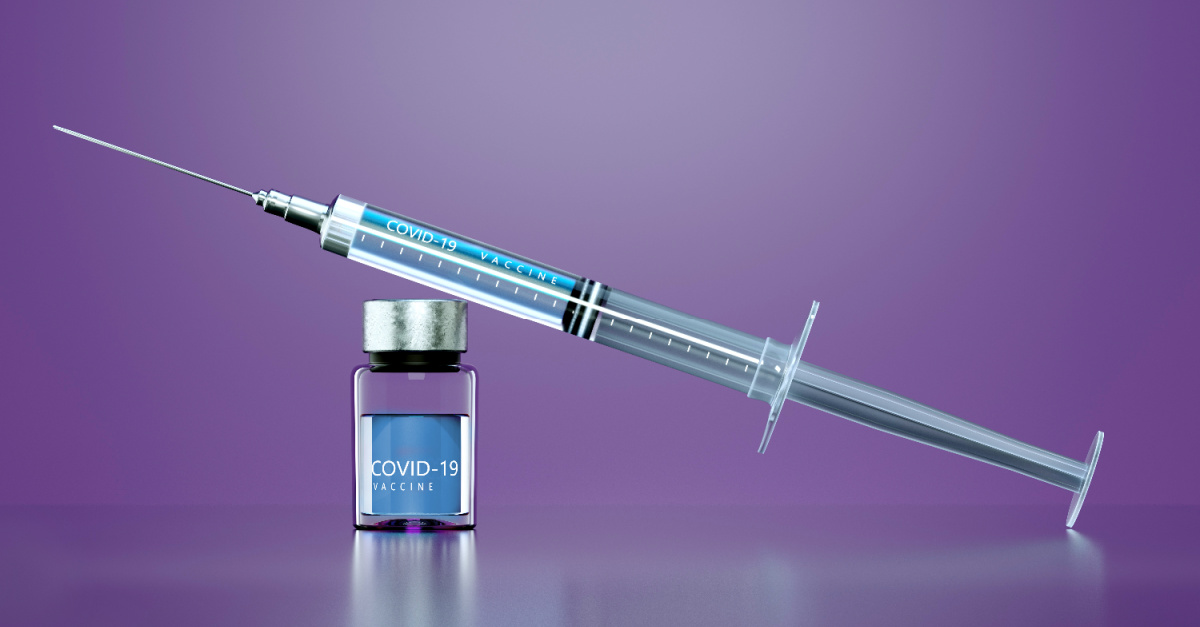 Earlier this week, a federal government agency announced the creation of a new database that will record information about employees seeking religious exemptions from COVID-19 vaccine mandates.

According to The Christian Post, the Pretrial Services Agency for the District of Columbia announced the launch of the “Employee Religious Exception Request Information System” on the federal register’s website on Tuesday. The agency helps oversee defendants pending trial in the nation’s capital and creates release recommendations.

The “Employee Religious Exception Request Information System” seeks to retain “personal religious information collected in response to religious accommodation requests for religious exception from the federally mandated vaccination requirement in the context of a public health emergency or similar health and safety incident, including pandemics, epidemic, and natural disasters,” the announcement states.

“The system of records will assist the Agency in the collection, storing, dissemination, and disposal of employee religious exemption request information collected and maintained by the Agency,” the announcement added.

The federal agency added that public comments about the new database will be received until February 10.

The news of the database was met with concern from the conservative think tank The Heritage Foundation, which published an article on its online publication, The Daily Signal.

Sarah Parshall Perry and GianCarlo Canaparo warned that the records system “will likely serve as a model for a whole-of-government push to assemble lists of Americans who object on religious grounds to a COVID-19 vaccine.” Both Perry and Canaparo are legal fellows at Heritage’s Edwin Meese III Center for Legal and Judicial Studies,

“The announcement also does not say what the agency will do with this information after it has decided an employee’s religious accommodation request,” they wrote. “And neither does the announcement explain why the Biden administration chose to test this policy in an agency with a majority-black staff, who are both more religious and less vaccinated than other groups.”

“Take the Department of Defense, for example — which has failed to grant a single religious exemption on behalf of any service members requesting one for the federal vaccine mandate,” they explained.

“Biden voiced support for passage of the patently faith-hostile Equality Act – a bill that would gut the Religious Freedom Restoration Act entirely when it intersects with LGBTQ+ protections and entitlements in public accommodations,” the legal fellows continued.

The news comes as the Supreme Court is set to rule whether Biden’s vaccine-or-test mandate for businesses with over 100 employees will remain in effect after the court heard oral arguments last week.

PrevPreviousSpecial Access to Psychedelics in Canada a “Huge Plus” for Industry​
NextSocial Media Marketing: The Ultimate GuideNext

The top Airbnb cities in the country performed well in 2021, but rural America also earned more than $3.5 billion in bookings last year. Rural

How I Manage Work, Finances, and Travel with 4 Kids and 2 Businesses

Travel has always been a fundamental part of my life. A love for not only destinations, but for the journey to reach them, is what

NBC Kicks Off Its Fall Premiere Dates With Sunday Football

Create Your Free Account Registration includes: The Adweek Daily newsletter with must-read stories direct to your inbox. PLUS, limited access to Adweek.com articles, videos and