3 Red Flags of Someone With Psychological Scars


Dealing with psychological scars is not something that anyone should take lightly. You should always try to do your best to help hurt people who struggle to get back on the right path. But that doesn’t mean you should accept all of their toxic behaviors. No matter how much you might care about someone, you should never let a narcissist or other toxic person affect you.

Usually, people who have psychological scars don’t grow up to be the nicest. That doesn’t mean they are inherently evil. Deep inside, they might even be the nicest people alive. But their past is not the brightest, and that probably means they are not the warmest people you’ll meet. It’s not exactly their fault if they grow up to be introverted and cold.

Still, having been hurt should never be seen as a reason to let them off the hook for anything. Many scarred people are narcissists and egotistical. Many of them don’t know how to have healthy interpersonal relationships. And, if you look close enough, you’ll see that many red flags can show you who they really are. If you pay attention to the subtle things, you’ll see that their scars are deeper than they might seem.

What Are Psychological Scars?

Everyone has some sort of psychological scars or at least bruises. For some, they have healed. For others, they haven’t. But those people must deal with their issues and their past. On the other hand, some people struggle to heal, and sometimes never do. Of course, no one can blame people for not being able to heal from trauma. The issue is when people use that trauma to legitimize their inappropriate behaviors. 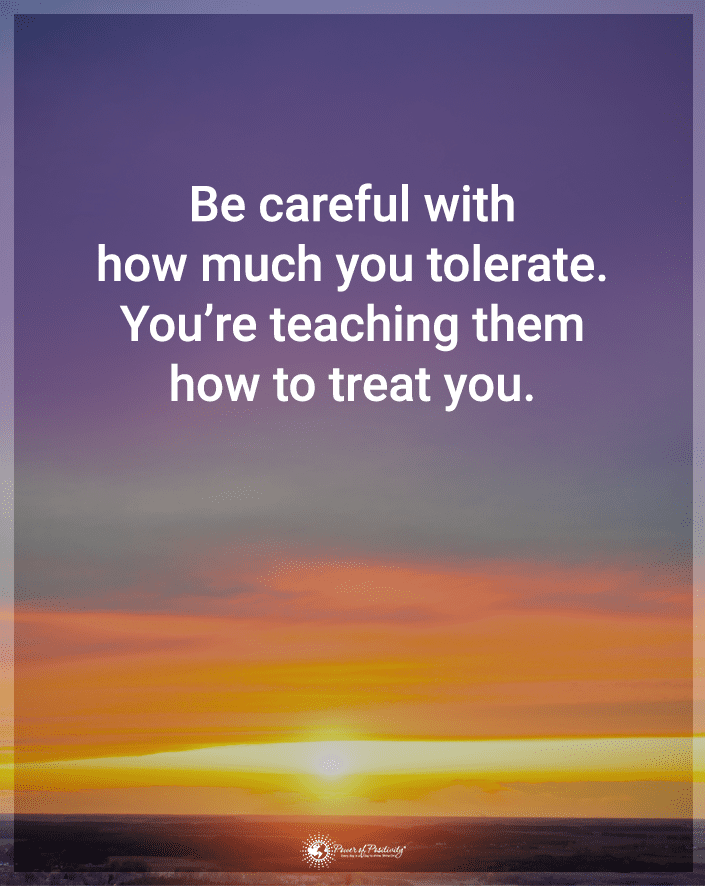 Still, psychological scars are very real and they can affect a person’s entire life and well-being. After going to a frightening or otherwise distressing event, some people might struggle to cope with day-to-day life. These scars result from traumatic events. Trauma can take many forms. However, it often traces back to events that happened in a person’s childhood.

When things happen to people during their first years of life, the effects tend to stick with them forever. That’s because kids’ brains are developing and are still being shaped, so everything that affects them will stick. That doesn’t mean that adults can’t be affected by traumatic events. Still, for most people, scars come from earlier in life.

It’s important to understand that a traumatic event is not someone being scared because they saw an insect in their room. Not all events that frighten people are bad enough to qualify as traumatic, nor do they leave scars. Traumatic events often come from abuse, be it physical, emotional, or psychological. Or they can be life-or-death situations, accidents such as car crashes, natural disasters, or acts of violence such as armed robbery.

Sometimes, even being a witness to violence is enough to leave a mark forever. If you’ve been raised in a home where the parents always hit each other, you’re likely to be struggling with some issues. Sometimes, people struggle with the effects of events that other people overlook. For example, being traumatized because of your parents’ divorce is not something that people think can happen. Most people would just think that the kid is going to be sad for a bit and then heal.

For instance, a parental divorce can leave a mark forever. Some other overlooked causes of trauma are deaths of a loved one, injuries, or diagnosis of a serious medical condition. These events can affect even whole families, but some fail to address and resolve these traumatic childhood events. People have started taking psychology seriously in the past couple of decades, but the field still doesn’t get the respect it deserves. Many older people still have a skewed view of therapy, because of how they’ve been raised.

In the past, society stigmatized people who sought therapy. Unfortunately, some people still perpetuate that myth, making people feel ashamed about their need for help. Because of that, many people don’t ever resolve their trauma. They just bury it deep inside and try to live with their psychological scars. But that doesn’t ever allow them to heal and be the best version of themselves.

So, many people break under the weight of these issues, and they allow traumatic events to change them for the worse. They end up developing egotistical and mean behaviors and, chances are, they’ll hurt many of their friends. No matter how much you’d want to help someone like that, it’s not always in your best interest to stick by them.

3 Red Flags of Someone with Psychological Scars

Watch for these typical behaviors of someone who struggles with trauma.

1.      They Display the Traits of a Narcissist

Anyone who ever had to deal with a scarred person will tell you from experience that these people show narcissistic tendencies. Once someone goes through a traumatic event, their brain will automatically default to more egotistical behaviors in an attempt to shelter them. When people are hurt, their brain needs to find ways to get over the pain and get their life together. This overly protective behavior can quickly spin out of control.

The need to feel isolated and safe makes people start to lose touch with reality and society. A narcissist can slowly start losing the ability to empathize and properly communicate. Mind you, all these behaviors can be indicative that you are dealing with someone with narcissistic personality disorder, which is something entirely different. That’s a medical disorder, whereas these narcissistic behaviors are a direct effect of past trauma.

These two things aren’t the same and people often conflate them. The main difference is that psychologically scarred people don’t usually act with malicious intent. Still, that doesn’t mean their behavior is something you should have to put up with. A narcissist can affect you because these people won’t think about how their actions hurt you. If they want to get something, they will take it without a second thought. 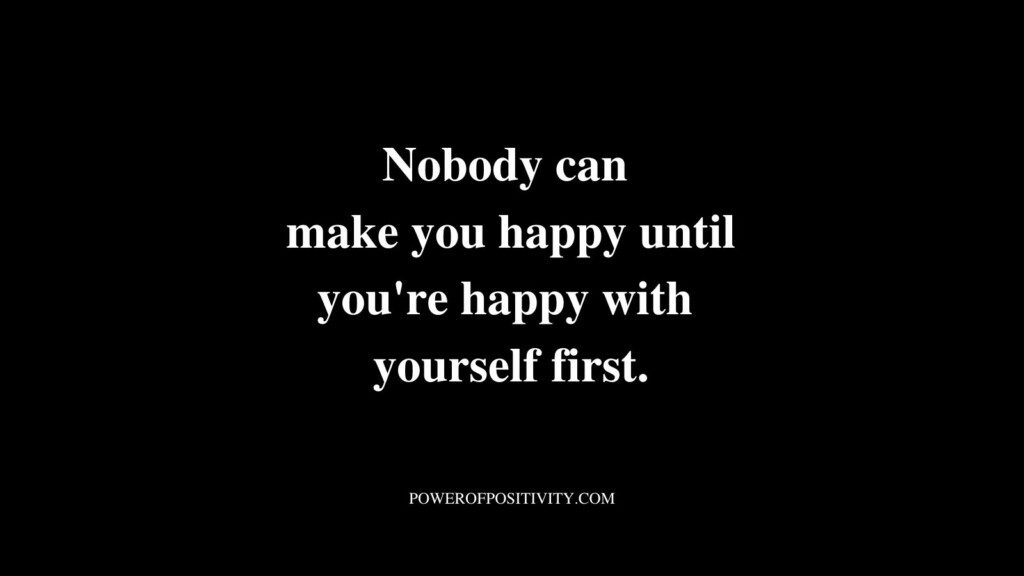 If they want to pick a fight with you, they will do it without any remorse. These tendencies often come as a way to counteract the feeling of powerlessness that scarred people feel. There is no way to help these people if they don’t want to help themselves. They will take all your advice as an insult and strike back if they feel threatened.

So, it would be advisable not to make sacrifices for them as you won’t be able to help them. Any kind of egotistical behavior, like lashing out or throwing tantrums for seemingly no reason, is a red flag. Don’t use their trauma as an excuse for their behavior. While childhood and past trauma cause narcissism, they’re not an excuse. And you should never get yourself hurt to help someone heal their psychological scars.

This probably doesn’t come as a surprise, but people on the receiving end of hurt and trauma don’t find it easy to trust. If you’ve been abused, what proof do you have that there are people out there who have your best interest at heart? You’ve lived your whole life being lied to and emotionally or physically hurt. At some point, you’ll start believing that every person would be willing to treat you like that.

While not being trusting towards others doesn’t make someone a narcissist, it’s not exactly a great trait. And this is a sign that you are dealing with someone who is struggling with serious issues. It’s your choice whether you want to heal them. But you should know that it can be toxic to interact with someone who doesn’t trust you. When someone has trouble trusting people, that will affect every interpersonal relationship they will have.

They won’t tell people when something is bothering them. They won’t ask for help or talk about their personal life. And, most importantly, they’ll always expect the worst. They’ll probably believe everyone will lie or betray them. These people are not going to bring a new positive to your life.

If you get emotionally involved with a narcissist or emotionally insecure person, they will often hurt you. The more you’ll want to help them, the more you’ll feel like you’re hitting a brick wall. If you want to help these people heal, you’ll need to be as detached as possible. You’ll need to advise them to seek professional help without allowing emotions to cloud your judgment.

3.      They Struggle with Substance Abuse

Probably the biggest red flag that tells you someone can’t deal with psychological trauma is that they are struggling with substance abuse. That doesn’t mean you’ll see them walking around with a bottle, but there are always signs of this kind of behavior. Of course, substance abuse doesn’t automatically mean that someone is dealing with some dark stuff.

Some people become addicted because they like the thrill of using. Others become addicted because of their socio-economic environment. Still, substance abuse and trauma connect very tightly. For instance, around 60% of American young people with PTSD develop a substance abuse issue. And there are many more statistics that point to there being a strong connection between trauma and addiction.

If a person always seems tired or avoids people at all costs, those can indicate an addiction issue. Even if they never show up drunk to work and even if they seem functional, it doesn’t mean they are. Addicts are often angry, irritable, and depressed. They display dramatic personality changes. Even if you don’t pick up on those signs, the physical changes will be clear enough.

Bloodshot eyes, dramatic weight loss, and a generally unkempt appearance are amongst the most common signs. Again, trying to be friends with such a person will only hurt you. It doesn’t mean you can’t try helping them. You just shouldn’t try to be friends with them until they get their life together.

Final Thoughts on Red Flags of Someone with Psychological Scars

What’s important to understand is that a narcissist might want help. But sometimes, your good intentions won’t help you help them. You should try to keep your distance while still offering them support when they need it. But you don’t need to sacrifice your well-being in the process.

If someone exhibits narcissistic tendencies, has trouble trusting, or has a substance abuse issue, you must tread carefully. A toxic person or narcissist will exhibit these behaviors because they have psychological scars, but that doesn’t mean their actions are justified. These behaviors will hurt you and push you away. If you truly want to help them, advise them to seek professional help.